Twenty people in brawl - a chopper

Several people were injured - one of whom was stabbed - in a fight at Upplands Väsby station late Monday night. "The injured were found quite a bit from the crime scene," says Andreas Dahlin, a police officer on duty.

The alarm came at 23 o'clock on Monday evening. Several people then witnessed a big fight outside Upplands Väsby station north of Stockholm.

- About 20 people were involved and we have found a person who is stabbed, says Andreas Dahlin, police officer on duty ..

Several ambulances, including an ambulance helicopter, were called to the scene. In addition to the stabbed person, three others are described as being slightly injured, according to police. The person who is stabbed is seriously injured but the situation is described as stable, according to the police.

When the police arrived at the scene, the parties had dispersed and made their way there. The injured were found several kilometers from the site, according to police. Shortly thereafter, a person could also be arrested on suspicion of attempted murder.

Those involved are described to be in their 20s. What was the cause of the brawl and whether those involved belong to any known groupings is unclear. 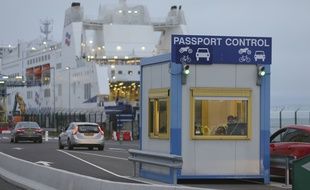