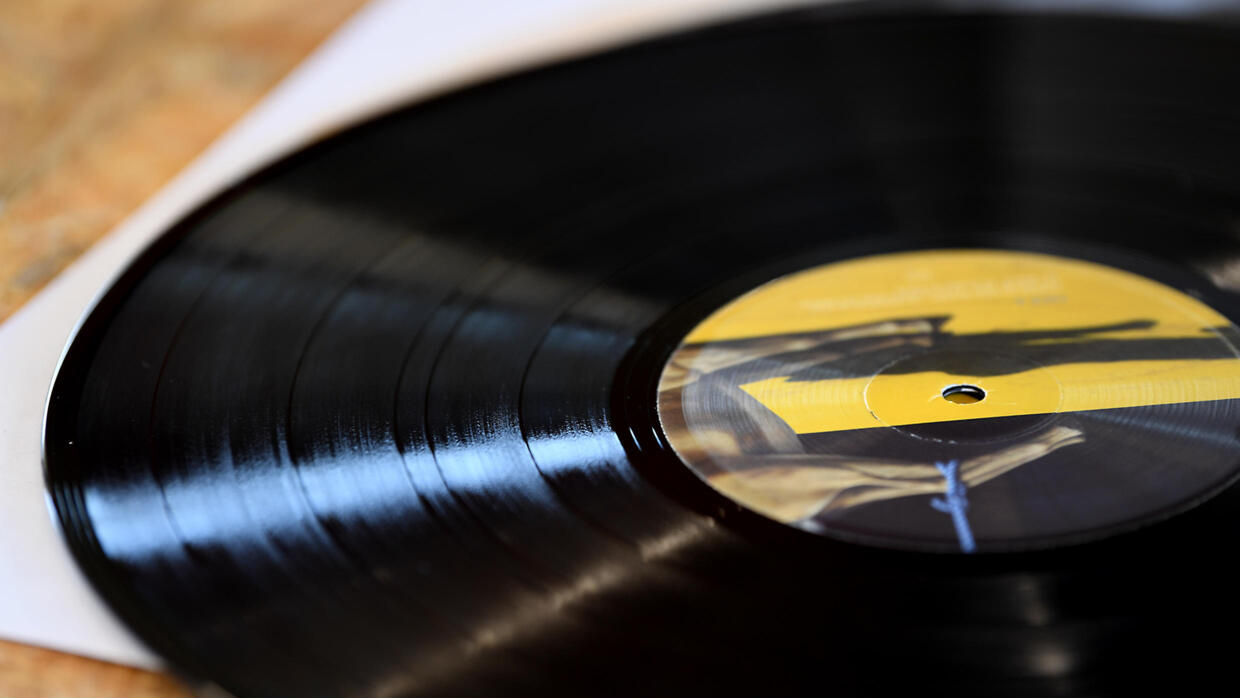 It's a second wind for vinyl records. "15 years ago, they were no longer on sale or almost, today we find them in a supermarket," rejoices Christian Eudeline, editor of the new bimonthly "Vinyl & Audio", celebrating this resurrection.

"The sales figures will never equal those of 20-30 years ago, but today + kids + from 15-25 years old buy vinyl and, for 7-8 years, we have found turntables + plugs + on computer is a new market, a second life is quite rare ", continues the rock-critic interviewed by AFP before the launch of its magazine Thursday.

Trends confirmed Tuesday by the Snep (National Union of Phonographic Publishing): 42% of vinyl buyers are under 30 years old and equipment in turntables increased by 9% between 2018 and 2019.

"The enthusiasm of the French for vinyl is undeniable, they are always more likely to buy", said Tuesday Alexandre Lasch, director general of Snep during the presentation of the results of the French music market for 2019. Either 4.1 million groove cakes sold in 2019 compared to 3.9 million in 2018. In 2015, only 900,000 vinyl records had sold.

Alban Lecourt, manager of the specialized store Ground Zero, in the 10th arrondissement of Paris, does not hide however that it is a "niche market, with few practitioners". What Snep does not hide either: vinyl represents 20% of physical sales, still dominated by the CD.

But the independent record store stresses that "almost all of the music offer is released on vinyl" now, which was no longer the case. "We did rock, indie rock, but there are also artists of variety who had abandoned this medium and are coming back to it".

Large brands also take care of the format. "We are developing XXL spaces in stores with a beautiful midnight blue concept, so as to enhance the object and the associated products. The space dedicated to vinyl has also greatly expanded over time that the product has taken off year after year, "comments a spokesperson for Fnac interviewed by AFP.

There are countless initiatives. The INA (National Audiovisual Institute), in partnership with Diggers Factory, publishes on Friday an unreleased 33 rpm by Damia, a figure in the lesbian world and realistic song. The disc, produced in 500 copies, is taken from radio recordings (1941 to 1956) and alternates great successes, rare titles and even four pieces never published.

"Vinyl & Audio" explores all the facets of this renewal between interviews with artists who are attached to it - Jean-Louis Aubert on the cover-, portraits of enthusiasts - DJs, collectors, etc. - and material tests for the general public (100 pages, 30,000 copies, 8.90 euros, Acamar editions).

Without forgetting a focus on the covers, vector half-arty, half-fetishist. "Andy Warhol said that you could put a 33 rpm on your chimney, it's a kind of work of art that you can afford," bounces Christian Eudeline. The multi-card journalist leafed through a book by Elio Falcone during the interview, which reproduces his favorite 33 or 45 rpm covers while making up faces - alone or with his loved ones - in front of the camera lens.

"The cover is a real culture, continues Christian Eudeline. I have always looked at who signs it and I even bought records because of the cover". Like all these fans who cross the famous pedestrian crossing like the Beatles on "Abbey Road", he too likes to find the decor on the picture. And "take the same angle" as Robert Doisneau at the Parc de la Villette for "Mandolino City" by Rita Mitsouko.

Christian Eudeline fell in "at 7-8 years": "Titi and Grosminet, in 1974, a 45 rpm with a red cover that I recently found in my archives, and then the Rolling Stones, to the chagrin of my parents , + Its only rock'n'roll + ".