The police department lacks IT skills - in addition, the security holes that the "state trojans" exploit are used by foreign power and criminals. It is the criticism directed at the new law on secret data reading that now appears to be a reality. 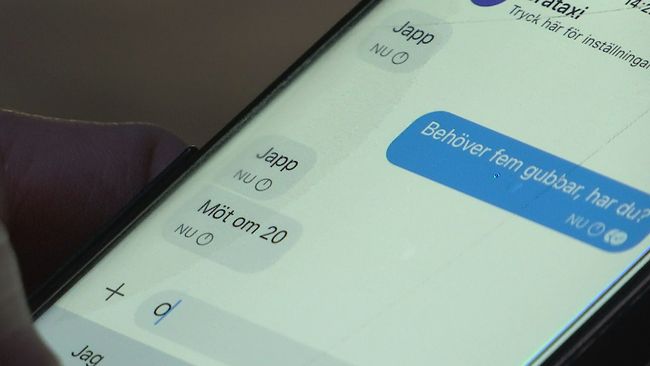 Most things - only the Left Party is against - suggest that the new law on data reading will be pushed by Parliament on Wednesday.

The law means that the Police Authority has the right to infringe on mobiles with their own virus programs to stop criminals. So-called Trojans are considered by both the police and seven parliamentary parties to be a good weapon against encrypted text messaging services such as Whatsapp and Telegram - often used in crime.

In March 2017, a 23-year-old man was shot to death on Ramel's road in Rosengård. Mattias Sigfridsson, Deputy Chief in the Malmö Police Area, says that the murder could have been prevented if it had been possible with secret data reading.

- We had ongoing secret telephone interception on the telephone that subsequently proved to contain communication with both the instigation and preparation for this murder. So if we could have seen that traffic in real time we would probably have been able to prevent this crime, he tells SVT News.

“Huge powers of authority without competence”

But there are those who criticize the bill. Among them, the Left Party's legal policy spokeswoman Linda Westerlund Snecker, who believes that the Police Authority has such poor IT skills that it is uncertain that they can even use their new coercive means.

- We know that ordinary police officers lack knowledge about how to empty a mobile phone, this is where we have to start, she tells SVT News and continues:

- It gives enormous powers to an authority that does not have competence. It is very uncertain what we will actually get out of this legislation.

Erik Lakomaa, a researcher at The Institute for Economic and Business History Research (EHFF) at the School of Economics and a chronicler in Timbro's journal Smedjan, does not reject the method. However, he is critical of how the law is designed.

- Directed surveillance is less problematic than data storage, which is mainly aimed at people who have not committed a crime, but there is a need for barriers that stop, for example, state hacking from being overused, he says and continues:

- The problem is that the government and the seven parliamentary parties that support this proposal do not want these barriers.

The security holes that will be used to get into people's computers and phones are not unique to the Police Department. On the contrary, for example, the Armed Forces have pointed out that they can be exploited by foreign power.

But it can also be about criminals who engage in online fraud, according to Erik Lakomaa.

Caused damage in the multi-billion class

WannaCry and Petya are two examples of viruses that should have used a security hole created by the US intelligence service and that caused enormous damage at a global level.

- They have caused damage to multibillion amounts and blasted the hospital and public transport networks. There are huge risks with this method, both financial and technical, says Erik Lakomaa.