"Sarmat", "Prometheus" and "White Swan": what military equipment will go into service with Russia in the coming years

In the coming years, the Russian Armed Forces will receive Sarmat ballistic missiles, S-500 Prometheus anti-aircraft missile systems, as well as Tu-160M2 missile carriers. This was stated by Deputy Minister of Defense of Russia Alexey Krivoruchko. Experts note that the new military equipment has significant advantages over its Western counterparts and will become the basis of Russia's strategic potential for decades to come. 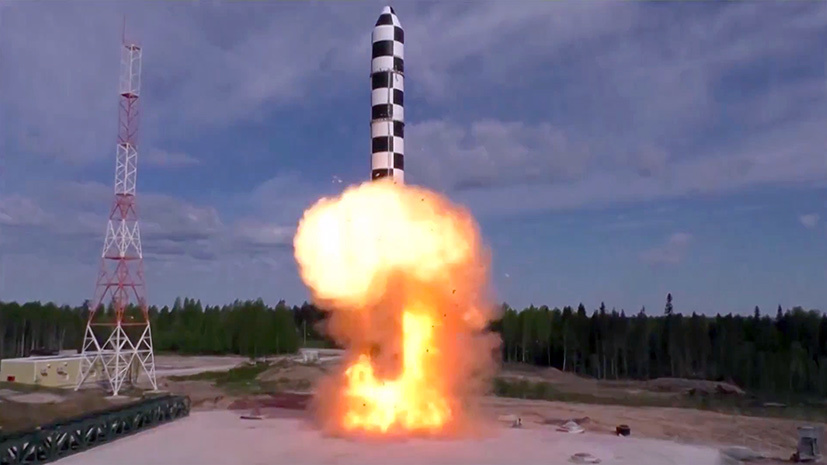 In 2020-2021, several new models of military equipment will immediately enter the Russian Armed Forces, which will seriously strengthen the combat effectiveness of the Russian army. These include Sarmat ballistic missiles, S-500 Prometheus air defense missiles, and Tu-160M2 strategic bombers. This is stated in the article “The Way to the New Decade” by the Deputy Minister of Defense of the Russian Federation Alexei Krivoruchko, published in the journal of the Radioelectronic Technologies concern.

These missiles were mentioned by Russian President Vladimir Putin in a message to the Federal Assembly in 2018, noting that the RS-28 will be "unprecedented in power." Thanks to its almost unlimited range, the latest ICBM will be able to hit targets in any direction. In addition, the rocket has a short booster section, which makes it difficult to intercept at the active stage of flight.

“The range of the new heavy missile, the number and power of warheads is greater than that of the Voivode. Sarmat will be equipped with a wide range of high-power nuclear warheads, including hypersonic ones, and the most advanced anti-missile defense systems. High characteristics of launcher security and great energy capabilities will ensure the use of this complex in any environment, ”said Vladimir Putin.

The performance characteristics of the new ballistic complex were first disclosed at the Army-2019 forum. The effective destruction range is 18 thousand km, the launch weight is 208.1 tons, the payload is more than 10 tons, the mass of fuel is 178 tons, the length of the rocket is 35.5 m, the diameter is 3 m, the type of warhead is a divided warhead part with individual guidance blocks.

A military expert Yuri Knutov in an interview with RT noted that the Sarmat is a unique missile that will be able to hit targets even through the South Pole.

“This is an effective replacement for the Voevoda missile (Satan), since no missile defense system against this missile is effective. Perhaps, along with this missile, the Avangard hypersonic unit will be used. In the near future, such effective foreign weapons will not appear, ”said the expert.

The appearance of the fifth-generation Sarmat missile was necessary because the service life of the Soviet Voyevoda missile had expired, Viktor Murakhovsky, editor-in-chief of Arsenal of the Fatherland magazine, said in a conversation with RT.

“Due to new technical solutions, new fuel formulations, we managed to qualitatively improve the characteristics of this rocket. Sarmat missiles allow you to strike from any direction, the trajectory can be built so that they bypass areas of missile defense of states. In addition, a payload of more than 10 tons on this missile allows the use of several warheads along different paths, ”said the expert.

Also, these missiles are equipped with a missile defense complex, RT interlocutor recalled.

Russian Deputy Minister of Defense Sergey Krivoruchko said in his article that in 2019 tests of new missiles for the S-500 "Prometheus" air defense system were successfully carried out, and expressed confidence that the new complex would be ready for deliveries to troops in 2020.

Prometheus is the fifth generation of ground-to-air anti-aircraft missile systems and is a unique long-range complex with the possibility of high-altitude interception of ballistic missiles outside the atmosphere.

The technical characteristics of the S-500 are still unknown, however, the first deputy general designer of the Almaz-Antey concern Sergey Druzin previously spoke about some of the complex's capabilities.

“The S-500 has expanded the type of targets. The system can also be used to combat ballistic targets of all types. This required both an increase in the energy potential of the location tools and the creation of new missiles that can operate outside the atmosphere where aerodynamic control is impossible, ”RIA Novosti quoted him as saying.

From the Triumph complex, the new Prometheus will differ in range of interception, as well as the ability to capture multiple targets, said Yuri Knutov.

“S-500“ Prometheus ”is a unique system, because only Russia today can create complexes that simultaneously solve the tasks of both air defense and missile defense. The S-500 differs from the S-400 in range, the ability to hit targets in low orbits, including destroying satellites, the ability to intercept ballistic missiles, and precision firing at warheads, ”said the military expert.

Not only capture and guidance systems, but also new missiles will provide new capabilities to the Prometheus complex, Viktor Murakhovsky noted.

“S-500“ Prometheus ”provides the fight against aerodynamic targets due to missiles such as 40N6 long-range interception. In addition, the 77N6 missile defense was developed for the first time, which can operate on medium-range ballistic targets, on the warheads of intercontinental ballistic missiles, and even on low-orbit satellites. There is no such missile defense system with such capabilities in any country, ”the expert emphasized.

Flights of the White Swan

New equipment in the near future will go into service with the aerospace forces of the Russian Federation. In 2021, the first flight of the strategic Tu-160M2 jet bomber will take place. Serial deliveries to the troops will begin in 2023, and by 2027 VSK of Russia will already receive 10 of these machines, said Alexey Krivoruchko in his article.

The Tu-160M2 missile carriers are assembled from scratch by deeply modernized strategic bombers, the production program of which was resumed in 2015.

Tu-160 is a heavy monoplane with a large elongation wing and four jet engines. Revolving launchers allow the aircraft to carry up to 12 air-based cruise missiles, including nuclear warheads.

Aircraft, which the troops call the “White Swan”, will become an indispensable part of the Russian nuclear triad, Viktor Murakhovsky said in a conversation with RT.

“The Tu-160M2 is an advanced version of the Tu-160 with a completely updated electronic avionics and engines. This missile carrier is designed for new long-range weapons. For decades to come, this aviation complex will form the basis of the Russian strategic aviation component in the forces of nuclear deterrence, ”the expert emphasized.

Commenting on the article by the Deputy Minister of Defense, Viktor Murakhovsky noted that long-term use equipment manufactured on the basis of promising technologies that will ensure Russia's defense capability for a long period is now coming into service in Russia.

Yuri Knutov agrees with this assessment. In an interview with RT, he emphasized that Russia was able to get ahead of Western countries in a number of fifth-generation weapons developments.

“The previous modifications solve the problems of today, and this technique is designed for tomorrow, therefore it is able to overcome promising protection systems. The USA and Europe are only developing such systems, and Russia already has weapons with which it can strike back and overcome the western frontiers of defense, ”the expert concluded. 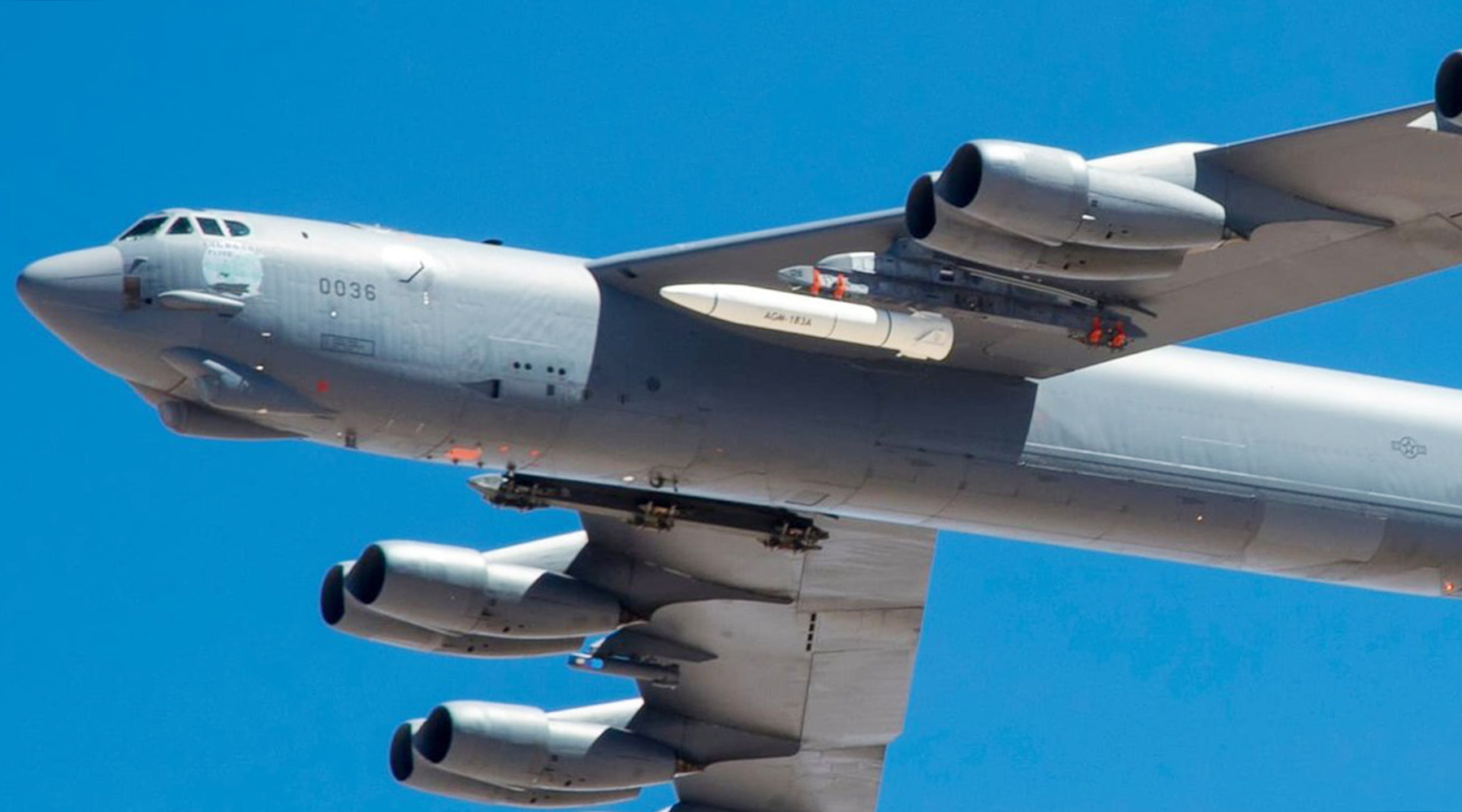 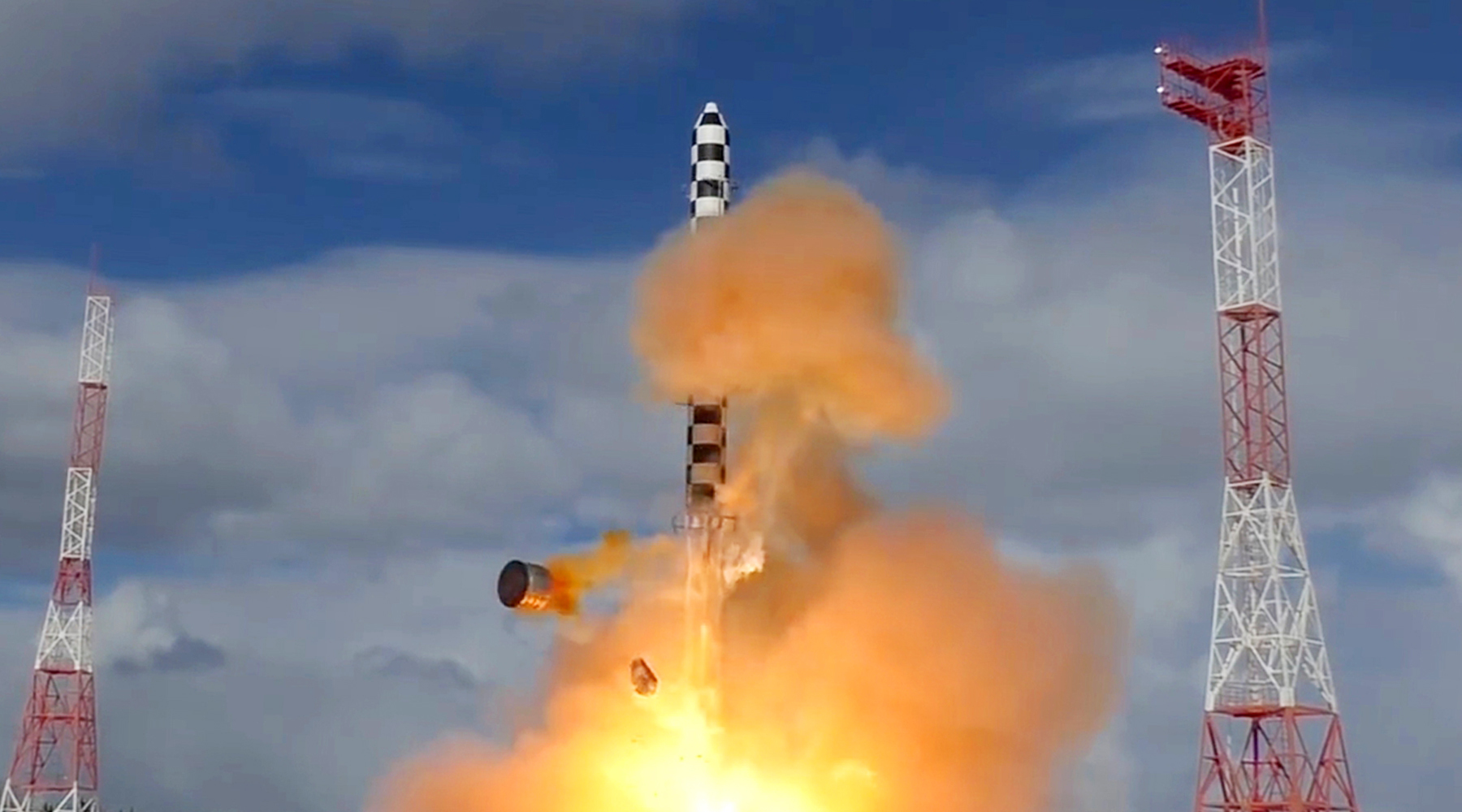 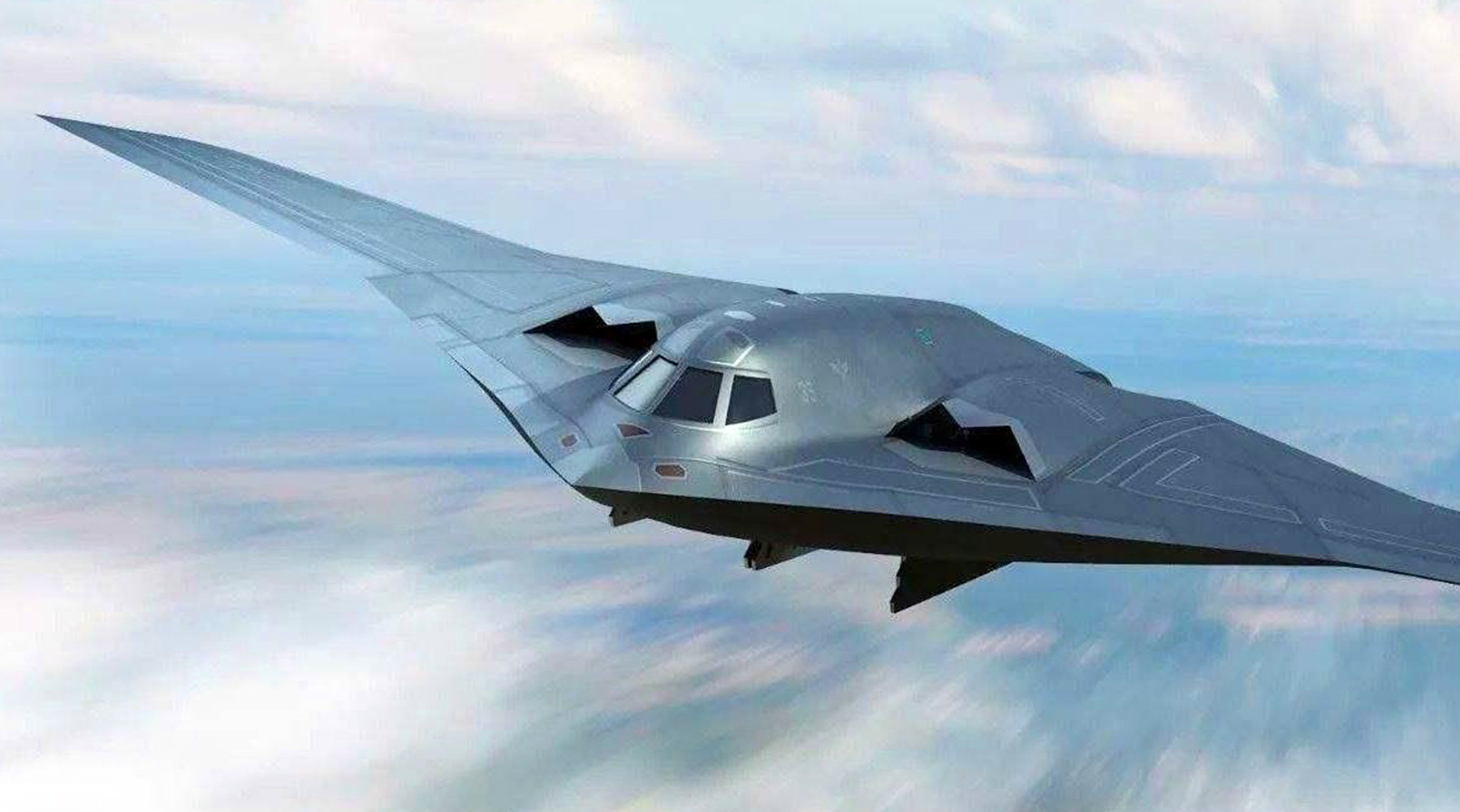 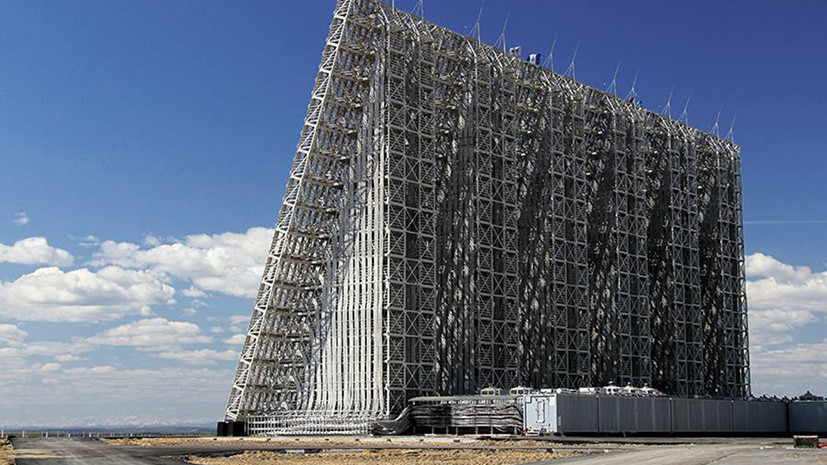 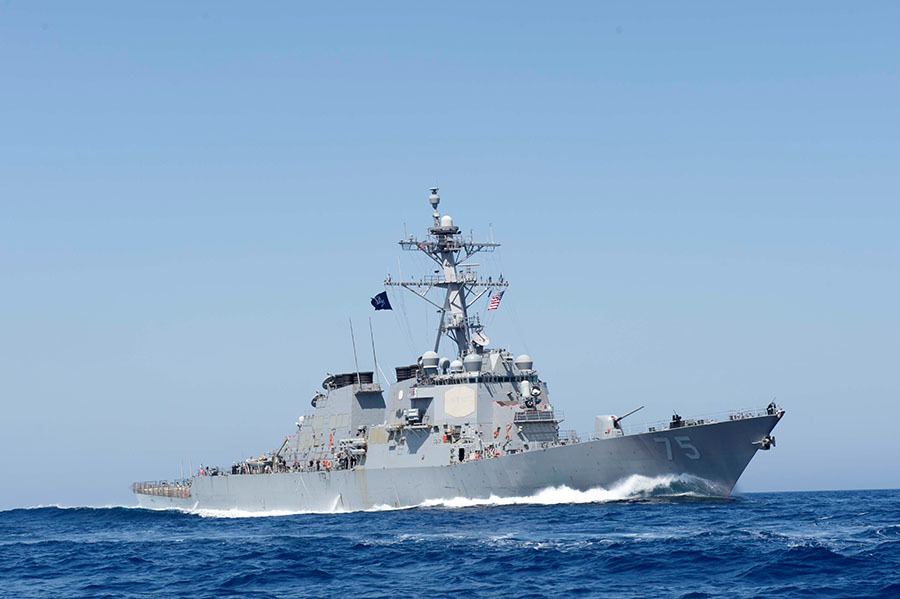 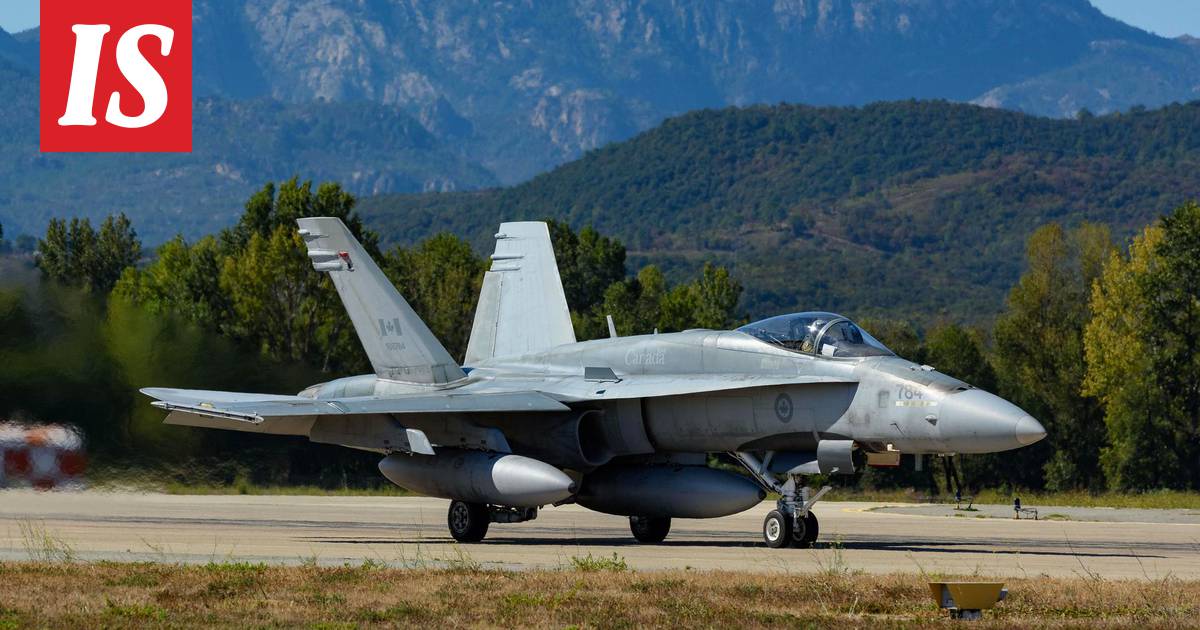 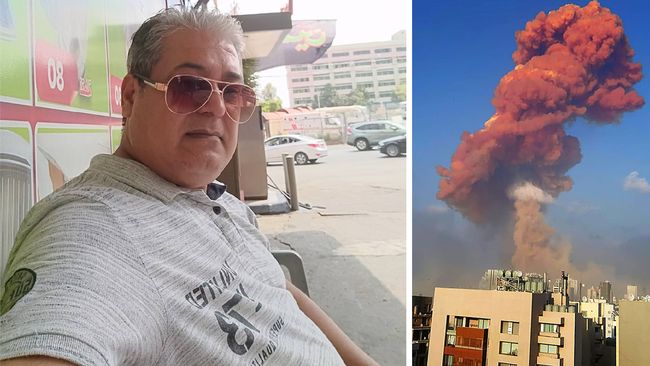 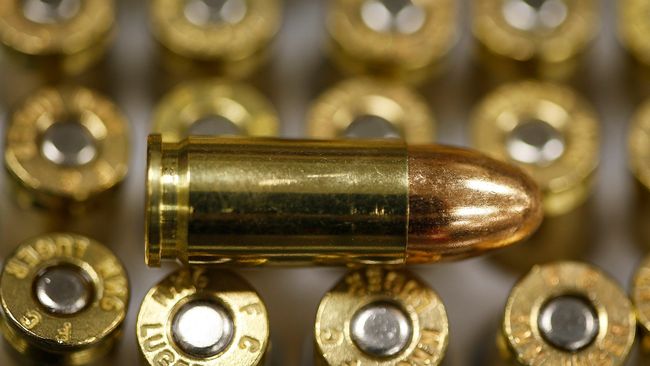