Infringement attempts against SVT - now security work is being strengthened

In November, Assignment Review was subjected to a failed cyber attack. This is one of several examples of where foreign players have recently tried to influence SVT's journalism - and now security work should be strengthened. "We need to prepare ourselves for a different kind of reality," says Hanna Stjärne, SVT's CEO. 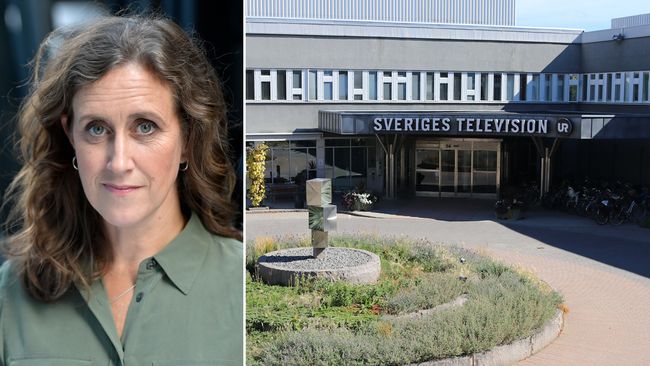 In November, Assignment Review was subjected to a cyber attack. The program had just revealed that major owners in Russian Kalashnikov had sent around SEK 10 million in loans to their US counterpart. A Russian oligarch is suspected to be involved.

Then the attack was carried out from a large number of foreign servers. It is suspected to have been an attempt to come across information that existed within the Assignment Review Network.

The attack failed. But this is just one of several examples of where foreign players have tried to influence SVT's journalism. In connection with the satirical program "Swedish news" joking about China last year, for example, a coordinated attack on SVT's social media accounts was carried out.

Therefore, the security and emergency preparedness work at SVT is now being strengthened, notes SVT's CEO Hanna Stjärne. Which she also tells about in a debate article in Svenska Dagbladet.

A special cyber security team will now be set up. They will deal with digital threats to SVT. They are expected to both identify when such threats occur and then fight them as and when they occur.

At the same time, the capacity is being expanded to prevent any congestion attacks from being able to hit SVT's publications online. In addition, staff should be informed of what they can do to counter any possible infringement attempts.

But influence attempts are also made in other ways. SVT handles an average of 35 security cases a day. It can cover everything from hate mail to threats and acts of violence. In August, SVT's editorial offices in Norrköping and Linköping were forced to evacuate due to serious threats. The physical security of SVT's editorial boards must therefore also be strengthened.

In total, the cost of security for SVT has quadrupled in the last five years.

Many others choose not to tell us about this type of security threat. Why do you choose to do it?

- There are always risks to tell about it. But I still think it's important that it comes out. Both the scale of threats that it is about, but also that we see specific threats that come from different types of actors in other countries, ”says Hanna Stjärne.