Fouad Al-Shobaki: The oldest detainee is unable to move in the occupation prisons

The family of the Palestinian detainee in Israeli prisons, Fouad Al-Shobaki, who has exceeded the age of eighty years, today called on international institutions to intervene to release him because of his serious health conditions, expressing fears for his life. Hazem Al-Shobaki, 42, the son of the detainee Fouad Al-Shoubaki (80 p 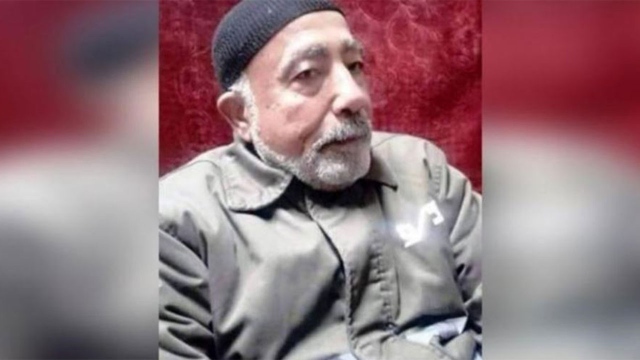 The family of the Palestinian detainee in Israeli prisons, Fouad Al-Shobaki, who has been over the age of eighty years, today called on international institutions to intervene to release him because of his serious health conditions, expressing fear for his life.

"We asked the Red Cross and other international institutions to intervene with the occupation authorities to release my father due to his difficult health condition and his old age," Hazem Al-Shobaki, 42, son of the detainee Fuad Al-Shobaki, 80, who had been arrested for nearly 13 years, told Reuters.

"My father needs help, and he cannot manage without the youth around him," he said. "He performed a few days ago an operation in his eye that was preceded by other operations in which part of the kidneys were removed because of a tumor around them."

An Israeli court had sentenced Al-Shobaki, who worked as a military finance official in the Palestinian Authority before his arrest, to 20 years in prison before being reduced to 17 years later.

Al-Shobaki has been detained since 2006 and Israel has accused him of being responsible for what it claimed was an attempt to smuggle a large shipment of weapons from Iran to the Gaza Strip in the year 2002 through the ship (Karen A). Israel said at the time that it had seized the shipment at sea.

The ship's story was considered one of the main reasons for besieging the headquarters of the late Palestinian President Yasser Arafat in Ramallah on March 28, 2002 for thirty-five days, in addition to the presence of the Secretary-General of the Popular Front, Ahmed Saadat, at the headquarters, as well as the presence of the group accused of killing the Israeli Minister of Tourism, Rehavam Ze'evi.

At the time, Arafat refused to hand Al-Shobaki and his companions to the Israeli side until an agreement was reached under US-British sponsorship.

The agreement stipulated that Shubaki, Saadat, and the group accused of killing the Israeli minister be transferred to Jericho Prison, provided that they were under US-British custody. However, Israel attacked Jericho prison in 2006 after the sudden withdrawal of US and British forces from it and before it was destroyed, it arrested Shobaki and the others.

"I can no longer tolerate the difficult conditions of imprisonment," Shoubaki said, according to a statement from the Prisoners and Editors Affairs Committee of the Palestine Liberation Organization.

The lawyer for the commission described Al-Shoubaki’s condition during his visit to him that he “lived the most difficult days of his life during the past two weeks, after he underwent surgery in his eyes, which led to limiting his movement, and his total dependence on his fellow prisoners in meeting his daily needs, which did not have a negative impact on his psychological state” .

In its statement, the commission stated that the occupation court had issued a decision on November 20 "rejecting the request to reconsider the release of Al-Shobaki, who was submitted by the authority."

In its statement, the commission added that the court claimed "the seriousness of his (Al-Shobaki) case and his lack of remorse, knowing that he had refused to release him in a court two-thirds of the term in 2017."

The head of the Palestinian Prisoner Club, Qaddura Fares, said, "Israel exercises retaliation against the prisoner, Fouad al-Shobaki, the oldest prisoner, and refuses to release him despite the seriousness of his health and old age."