The "captives" of Brexit: can Scotland hold a new referendum on independence

Scotland has the right to independently determine its fate and cannot be a "captive" of the United Kingdom, said Scottish Prime Minister Nicola Sturgeon. Earlier, British Prime Minister Boris Johnson said that he did not consider it necessary to hold a new referendum on the independence of Scotland, since such a plebiscite had already taken place in 2014. However, experts recall that then the Scots voted against independence, largely because of fears of losing EU membership. Now, when after the victory of the Tories, Brexit became inevitable, the situation has changed dramatically, and polls show an increase in the number of supporters of Edinburgh's secession from Britain, analysts say. 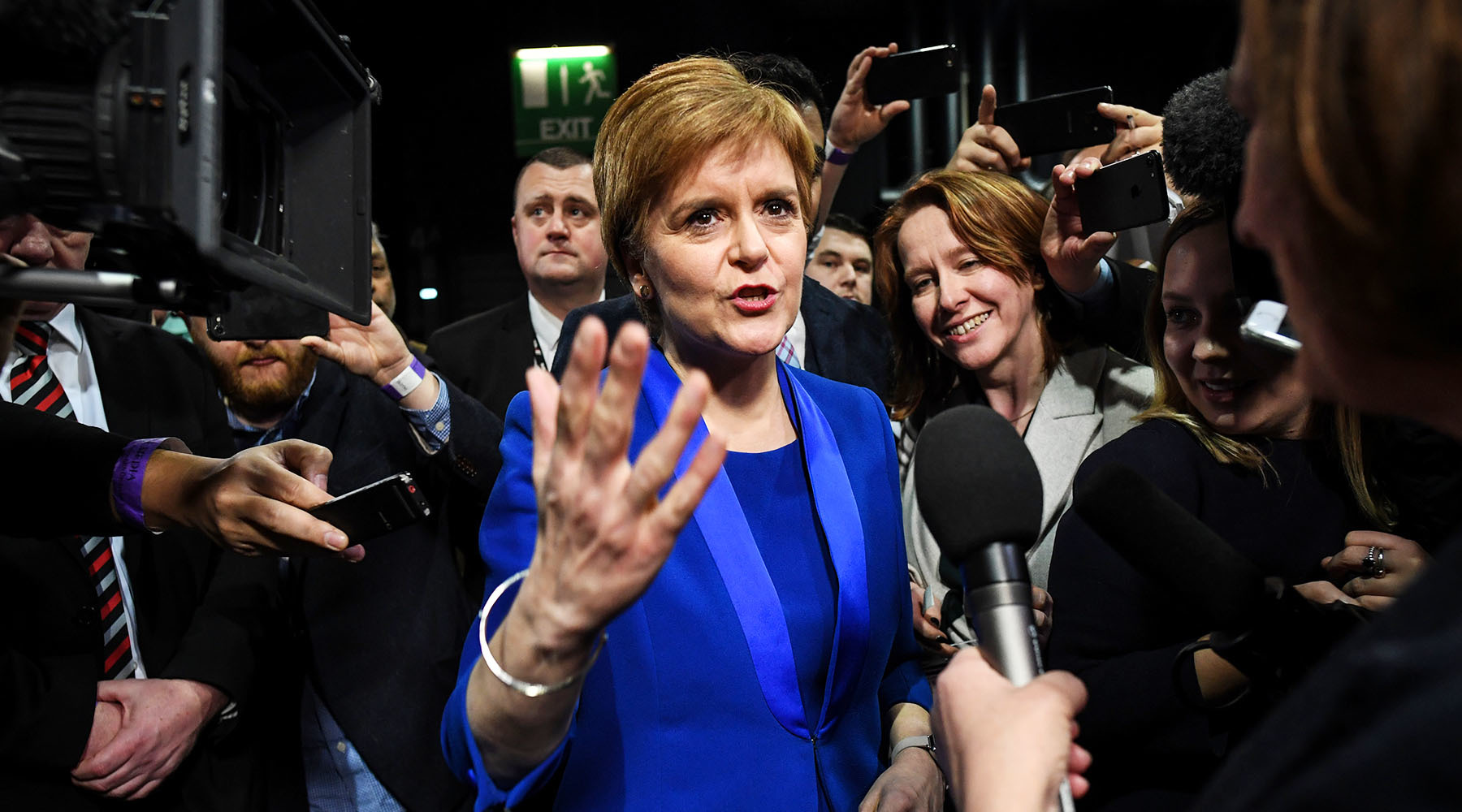 The British government cannot retain Scotland as part of the United Kingdom against her will. This was stated by Scottish leader Nicola Sturgeon on the air of the “Andrew Marra Show” on British television.

“You can’t just lock us up and hope that everything works out. If Great Britain continues to exist, it is only on the basis of universal consent, ”the prime minister noted.

Nicola Sturgeon believes that if British Prime Minister Boris Johnson is convinced of the need for the union to continue, he should “take courage” and argue for this position, and then allow the citizens themselves to make a decision.

“Scotland cannot be a captive of the United Kingdom. It's about the basics of democracy, ”Sturgeon said. “You cannot ignore the will of the Scottish people.”

Earlier, British Prime Minister Boris Johnson said he would not allow a new referendum on the independence of Scotland. The politician said this at the beginning of November, answering a question from the leading Sky News channel.

“No, I don't want it to take place,” Johnson emphasized.

The prime minister said that the British people "do not believe that referenda somehow contribute very much to harmony."

“There was already a referendum in 2014. In 2014, it was presented to the British and Scots as an event that can happen only once in a century, ”the Prime Minister added.

The Scottish Independence Movement has a long history, but the discovery of oil deposits in the 1970s was a new argument for supporters of secession from the United Kingdom.

At the same time, Edinburgh won the right to hold a referendum on creating its own parliament and expanding the powers of local authorities. However, then these plans could not be implemented.

Again, the Scots returned to the idea of ​​empowering the region only in the 1990s. In 1999, Scotland created its own legislative assembly. In parallel with this, the independence party, the Scottish National Party (SNP), which subsequently managed to gain a majority in the local parliament, began to gain popularity.

Edinburgh won the right to hold a referendum on the independence of Scotland - a plebiscite was held in the fall of 2014. However, the hopes of the nationalists did not materialize - 55.3% of the voters voted in favor of retaining Scotland as part of the United Kingdom.

The situation was changed two years later, a referendum on Brexit, which significantly affected the mood of the Scots. The fact is that earlier Scotland's acquisition of state sovereignty would result in a loss of EU membership. As explained in Brussels, the new state needs to re-go through the entire process of joining the European Union. However, there is no guarantee that this process will end in success.

This prospect did not suit many Scots: most residents of the region cherish membership in the European Union. This was also demonstrated by the Brexit vote: 62% of Scotland residents opposed leaving the EU.

The victory of the supporters of Brexit became a compelling argument for the adherents of the idea of ​​independence: they began to say that Scotland was being forced to leave the European Union against its will.

A study conducted in October 2019 by Panelbase for the Sunday Times Scotland newspaper found that there were 50% of Scottish independence advocates.

At the same time, if as an alternative to independence, respondents were offered Brexit without a deal, the number of supporters of Scotland's exit from the United Kingdom reached 54%.

The idea of ​​holding a new referendum on Scottish independence is supported by about half of the UK population as a whole.

A new argument for supporters of the Scottish independence movement was the results of early parliamentary elections on December 12. An extraordinary vote took place against the background of a prolonged brexitis - London had to ask the European Union for another postponement. This time, the parties agreed that Britain’s exit from the EU will take place no later than January 31, 2020.

The Conservative Party managed to significantly strengthen its position in the election, having received most of the mandates.

“The conservative government has received a powerful new mandate to implement Brexit,” said Boris Johnson, commenting on the results of the vote.

At the same time, early elections helped to increase their representation in the British Parliament and the Scottish National Party, which now has 47 seats instead of 35. The nationalists managed to win in almost all areas in Scotland. This gave occasion to party leader Nicole Sturgeon to declare that she and her party had received a mandate to give the people of Scotland the right to choose whether to remain in the United Kingdom or not.

Lyudmila Babynina, head of the Center for Political Integration at the Institute of Europe at the Russian Academy of Sciences, doubts that the SNP leadership will be able to obtain the consent of the British government to hold a new referendum on independence.

“Conservatives are unlikely to agree to this. Nicola Sturgeon may decide to vote without the consent of London, but it will be illegitimate. As a result, the situation will be the same as in Catalonia, where a referendum was held, but neither Madrid nor Brussels recognized it, ”the expert noted in a comment to RT.

According to Dmitry Danilov, head of the European Security Department at the Institute for Europe at the Russian Academy of Sciences, the victory of the Tories in the elections and the inevitable brexit will complicate Edinburgh's relationship with London.

“The different approaches of Scotland and Britain to the issue of Brexit begin to come to the fore. Politically, Scotland can now bargain. At the same time, the maximum goal of SNP is to hold a new referendum on independence, ”the expert explained.

Forecasts of experts about the possible outcome of such a plebiscite, if it is nevertheless held in Scotland, diverge. As Babynina noted, much depends on the flow of information and on the activity of leading political parties.

“Before the 2014 referendum, the number of supporters of independence steadily increased, but just before the vote, the three largest British parties - the Conservative, Labor and Liberal Democratic parties - conducted a joint campaign, in which they proved to the Scots that they better stay in the United Kingdom, they talked about that Scotland will lose in the event of an exit. And it worked - the number of supporters of independence fell, ”the expert recalled.

According to Babynina, it is difficult to rely on the results of opinion polls in this issue, since the number of supporters of independence changes “under the influence of politicians’s agitation and manipulation”. The main argument for maintaining membership in the United Kingdom remains the economy - breaking economic ties with England could be very costly for Scotland.

Danilov believes that much will depend on what kind of political balance of power develops in the United Kingdom after Brexit, which theoretically remains a little over a month.

“It is difficult to predict how radically the Scots will behave. In any case, Scotland will insist on a referendum as a fundamentally important goal, despite the resistance of Boris Johnson. Given the fatigue from Brexit, the internal disunity of Great Britain and the Scots desire to remain in the EU, it cannot be ruled out that Edinburgh will really decide to leave the kingdom, ”the expert summed up. 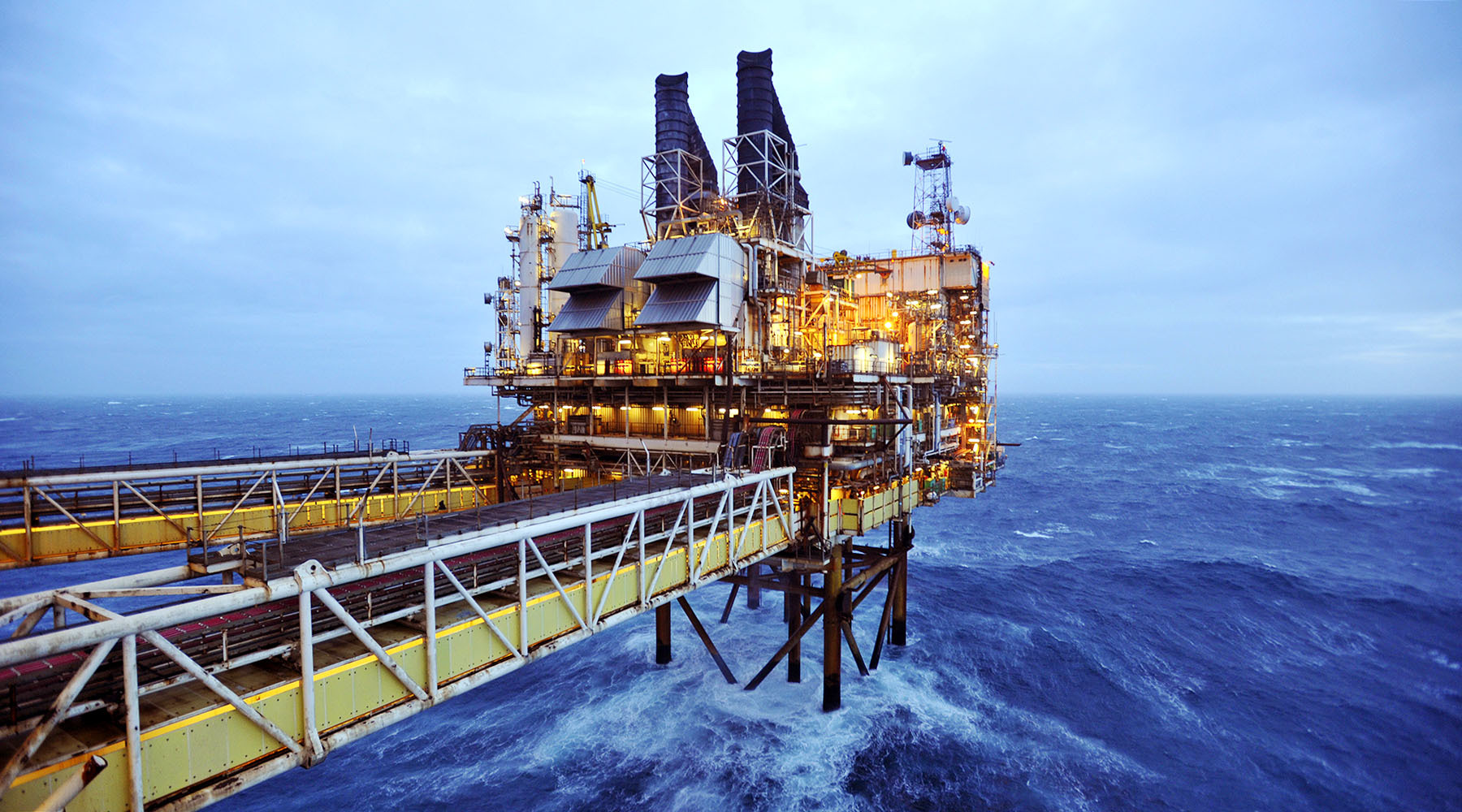 The "captives" of Brexit: can Scotland hold a new referendum on independence 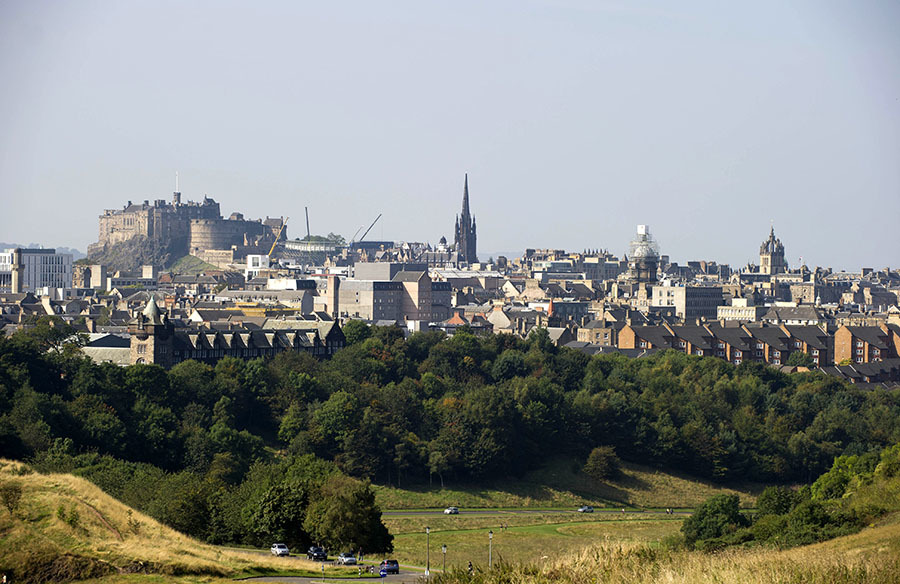 “Ready to break”: can Scotland hold a new referendum on independence

Prime Minister of Scotland: Our independence from Britain is within reach 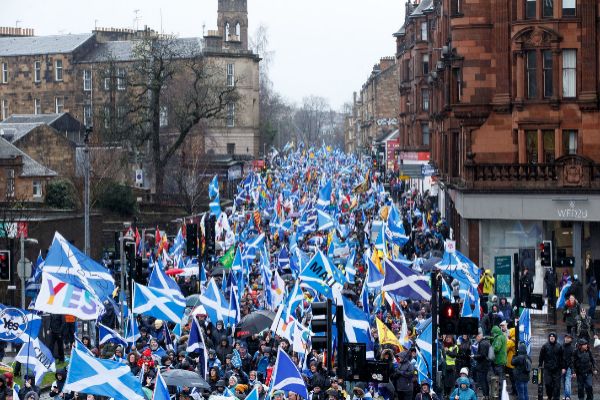 Thousands of Scots claim independence in the streets of Glasgow 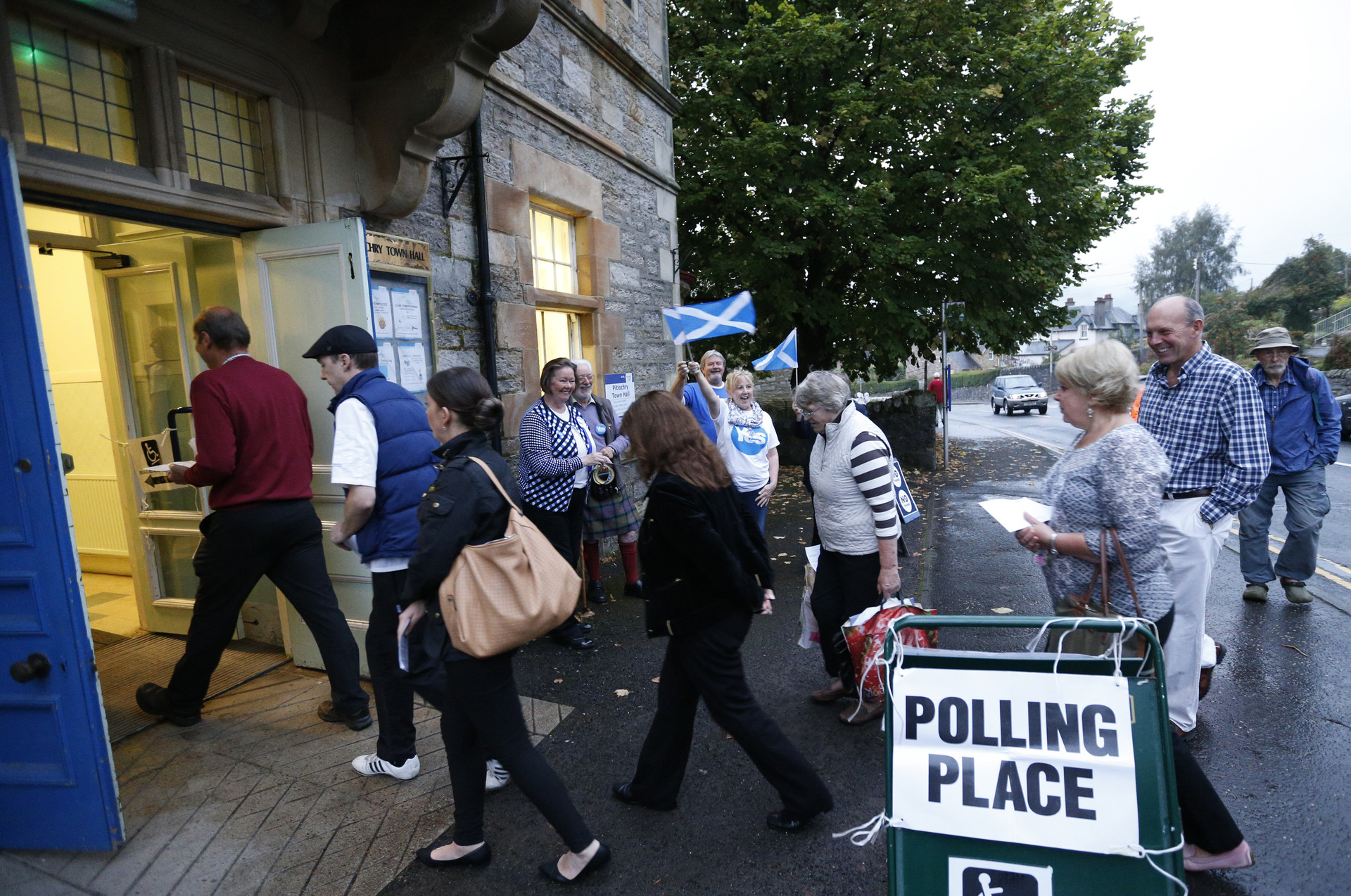 “They can decide on extreme measures”: how Scotland intends to once again seek independence from London 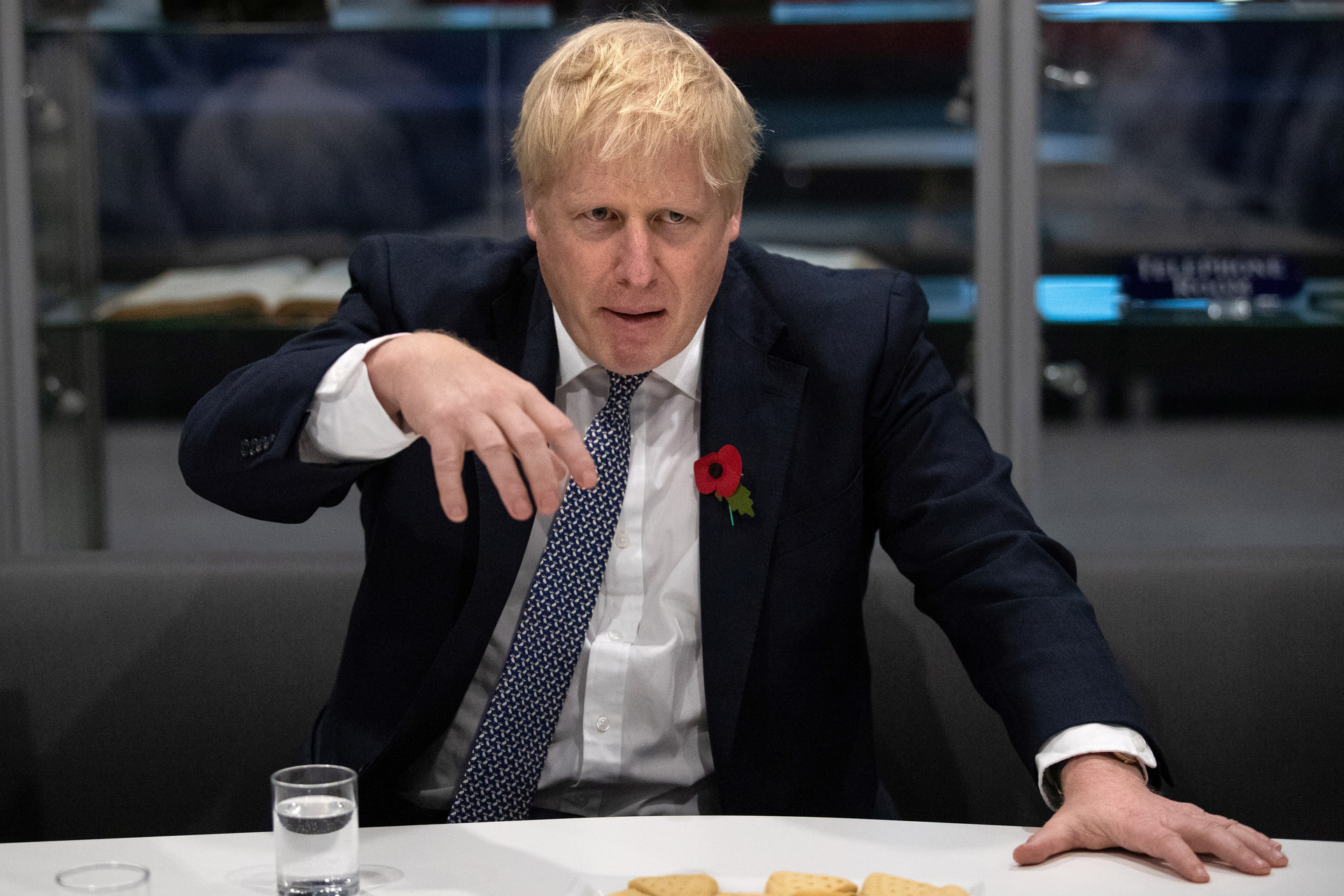 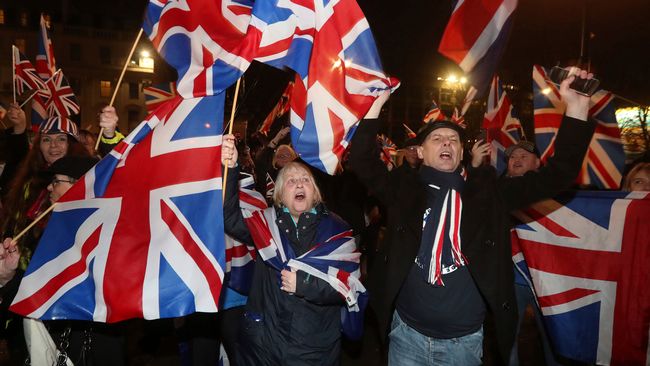 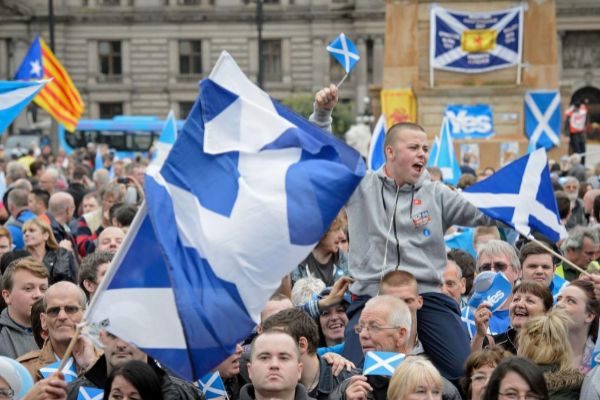