Clashes resumed between the Lebanese security forces and groups of the popular movement near Parliament, in the center of the capital Beirut, early yesterday morning, and the security forces used tear gas canisters to disperse the demonstrators, while unidentified people set fire to the offices of the "Future Movement" 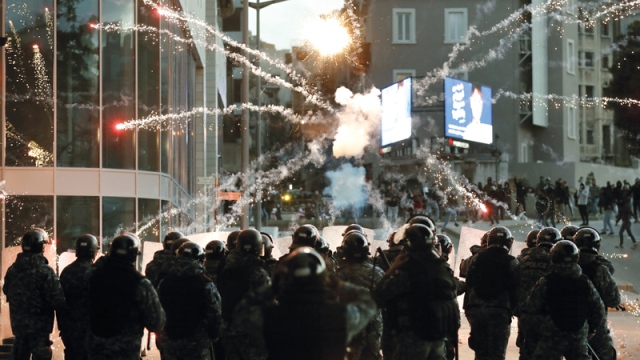 Clashes resumed between the Lebanese security forces and groups of the popular movement near Parliament, in the center of the capital, Beirut, early yesterday morning, and the security forces used tear gas canisters to disperse the demonstrators, while unknown persons set fire to the offices of the "Future Movement" and "the National Current" Al-Horr »in Akkar governorate, and the League of Arab States expressed its concern about the news of the increasing clashes that took place in Lebanon.

The confrontations took place before consultations supposed to be held by the President of the Republic, Michel Aoun, with the parliamentary blocs, today, to nominate a head of government, while the demonstrators oppose the nomination of the resigned Prime Minister, Saad Hariri, who appears to be the luckiest, and demanding a specialized government independent of political power.

Yesterday, the Minister of Interior of the Caretaker Government, Raya Al-Hassan, asked the leadership of the Internal Security Forces to "conduct a speedy and transparent investigation to locate those responsible", after more than 50 wounded were taken to hospitals and more than 90 were treated in downtown Beirut.

The Minister of the Interior warned the demonstrators "against the presence of parties trying to exploit their rightful protests in order to reach a clash between them and the elements of the security forces, which are working to protect them and protect their right to demonstrate, for the sake of political goals," talking about "entering the infiltrated elements" in their ranks.

The confrontations began with the Parliamentary Guard, affiliated with Speaker Nabih Berri, and the riot police forces, who tried to penetrate roadblocks on a street leading to Najma Square, with truncheons and severe beatings, and the demonstrators responded by throwing stones at the security personnel.

The riot police called in a military mechanism to fire tear gas, and the security forces fired rubber bullets to disperse the demonstrators, according to an AFP photographer and broadcast live on local television.

Demonstrators and activists on social media circulated video clips showing masked persons, or civilian clothes, as they brutally beat demonstrators, and dragged others to the ground after suffering fainting situations.

Protesters cut the road to the Tripoli-Beirut highway at the Palma Bridge with stones and obstacles, and erected two tents in the middle of the road, in protest against the arrest of one of the activists, yesterday, and other protesters cut off from the sit-in tent in Halba, Akkar Governorate, north of Lebanon, the main road with tires and iron obstructions, and they allowed Only the passage of military vehicles, the "Red Cross" and emergency situations.

The Central Committee of Information in the "Free Patriotic Movement" said that some groups entered the office and destroyed its contents and burned them, expressing surprise at these violations, while Lebanon accepts parliamentary consultations that the Lebanese hope will lead to the assignment of a new prime minister, and the committee put what happened in The custody of the security services for investigation, in preparation for punishing the perpetrators in accordance with the law, to ensure that such actions are not repeated.

For its part, the League of Arab States expressed its concern about the news of the increasing clashes that took place in Lebanon recently, especially the clashes that took place, the day before yesterday, between the demonstrators and the security forces, as well as the attacks that occurred on the demonstrators and the security forces in Beirut.

In a statement issued yesterday, the Arab League called on the Lebanese parties, the security forces, and all the Lebanese army, to adhere to restraint and avoid any manifestations of violence, in order to preserve stability and Lebanese civil peace, and to prevent slipping towards what threatens the supreme national interest, especially in this delicate stage that Lebanon passes by.

The statement pointed out that accelerating the formation of the government would contribute to alleviating the tension that Lebanon is witnessing, and start taking measures that open the way for dealing with the severe economic crisis the country is experiencing.

Lebanon .. Parliament passes the 2020 budget on the impact of demonstrations and confrontations 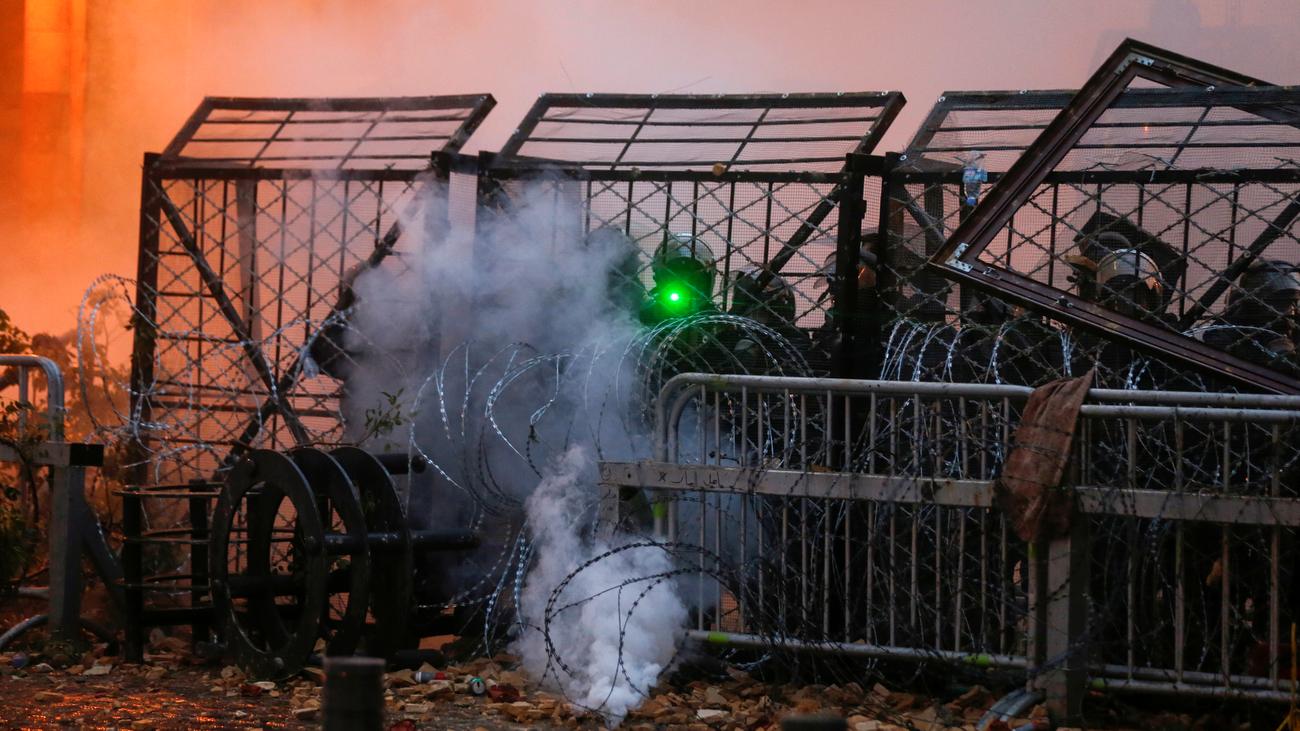 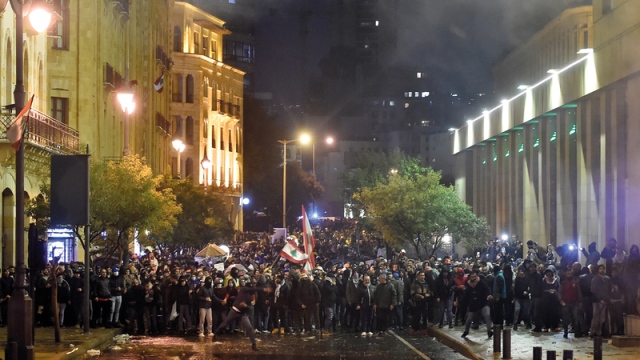 Lebanon protests .. A second night of clashes between security and protesters in Beirut 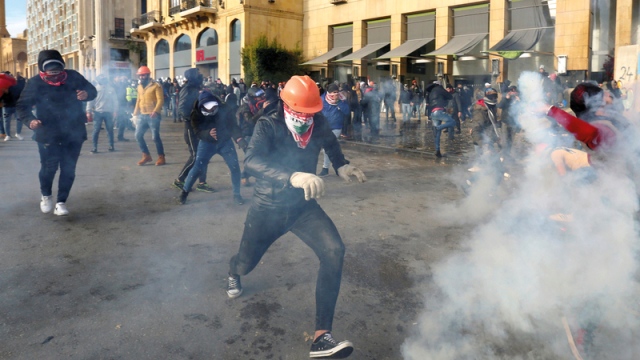 The Lebanese parliament gives confidence to the new government .. and 200 people injured in clashes in Beirut

The scam that triggered the tragedy of Logroño