The Russian Foreign Ministry believes that the US decision not to consider illegal Israeli settlements on the West Bank is aimed at "scrapping the international legal framework for a Middle East settlement." Such a move by Washington has already caused criticism from the Arab powers, including Palestine, which disputes these territories. Meanwhile, Western experts believe that in this way the Trump administration is trying to help Israeli Prime Minister Benjamin Netanyahu strengthen its position within the Jewish state. However, RT analysts interviewed are confident that US actions will only increase tension in the region. 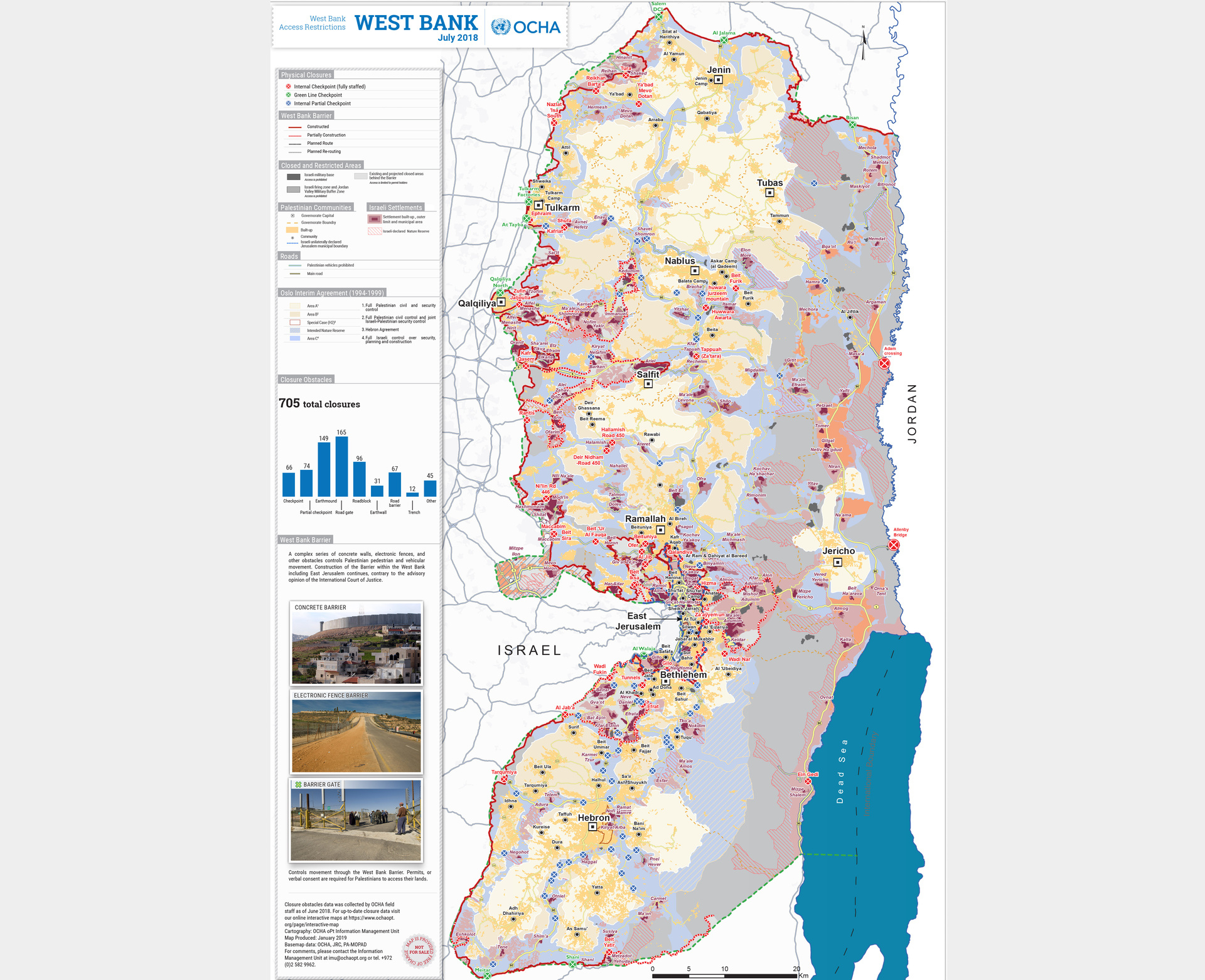 The Russian Foreign Ministry said that the US decision to recognize the construction of Israeli settlements on the West Bank as legal would exacerbate Palestinian-Israeli contradictions.

“We regard this decision of Washington as another step aimed at scrapping the international legal framework for a Middle East settlement, which will exacerbate the already tense situation in Palestinian-Israeli relations,” the Russian Foreign Ministry’s Information and Press Department said in a comment.

Earlier, US Secretary of State Mike Pompeo announced that the United States did not in itself consider the creation of Israeli settlements in the West Bank as contrary to international law. During a November 18 briefing, the US Secretary of State noted that Washington’s position on the issue of Jewish settlements has repeatedly changed, and cited the position of President Ronald Reagan, who, unlike his predecessor Jimmy Carter, did not consider them illegal. However, under President Barack Obama, Washington again began to believe that the presence of settlements was contrary to international law.

“After a thorough study of all aspects of this legal dispute, the administration agrees with the position of President Reagan. The creation of Israeli civilian settlements in the West Bank is not in itself contrary to international law, ”said Mike Pompeo.

According to Pompeo, the issue of legality or illegality of the construction of each particular settlement should be decided by Israeli courts. At the same time, the United States does not believe that a change of position on the status of Israeli settlements in the West Bank will adversely affect a peace settlement in Palestine. Pompeo also emphasized that the decision of the United States on settlements should not be considered as a precedent in resolving similar situations in other parts of the world.

“The decision that we will no longer recognize Israeli settlements as essentially non-compliant with international law is based on unique facts, history and circumstances related to the creation of civilian settlements in the West Bank,” said the US Secretary of State. “Our decision today does not predetermine and does not provide legal consequences for situations in other parts of the world.”

Recall that the West Bank was occupied by Israeli forces during the Six Day War of 1967. Before that - after the Arab-Israeli war of 1947-1949 - he was under the control of Jordan.

Unlike the Golan Heights or eastern Jerusalem, which was later occupied by Israel, which Israel later declared part of its state, the West Bank is considered Tel Aviv as a territory of disputed status. At the same time, Israel does not believe that the occupation or construction of settlements is contrary to international law and prefers to call this area a term referring to the era of ancient Israelis control over these lands - “Judea and Samaria”.

Resolutions of the UN Security Council have repeatedly noted that Israel’s policy and practice of building settlements on Palestinian lands “has no legal force” and is contrary to the Geneva Convention of 12 August 1949 on the Protection of Civilian Persons in Time of War. According to the world community, the West Bank and the Gaza Strip should be part of a Palestinian state. In December 2016, the Security Council reaffirmed that it considers Israeli settlements illegal. The USA then abstained from voting.

Israeli settlements in a dense network cover the territory of the West Bank. According to the agreements in Oslo, signed in 1993 and 1995 between Israel and the Palestine Liberation Organization, they belong to the so-called “C” zone, which the Jewish state retains full control over. In zones “A” and “B”, the Palestinian National Authority (PNA) has limited authority.

As the United Nations Office for the Coordination of Humanitarian Affairs (OCHA) notes, 60% of the West Bank are located in zone “C”. According to the UN, the presence of Israeli settlements impedes the development of infrastructure, housing and the improvement of living conditions of Palestinian communities.

The decision on the status of settlements is not the first step of the Donald Trump administration towards recognizing Israel’s territorial acquisitions made during the Six Day War and later. So, in December 2017, Trump recognized Jerusalem as the capital of Israel. In 2019, the American leader signed a document recognizing Israeli sovereignty over the Golan Heights. Both decisions sparked condemnation of Arab leaders and provoked Palestinian protests.

The United States decision not to consider Israeli settlements in the West Bank illegal was perceived negatively in the Arab world.

“The United States has neither the competence nor the authority to challenge the international legitimacy of the resolutions, and they have no right to give any legitimacy to Israeli settlements,” said Nabil Abu Rudeyna, spokesman for Palestinian President Mahmoud Abbas.

In turn, General Secretary of the Executive Committee of the Palestine Liberation Organization Saib Arikat said that Washington replaces international law with the "law of the jungle."

Jordan's Foreign Minister Ayman al-Safadi did not rule out that US actions could have dangerous consequences for a peaceful settlement in the region.

“Settlements in occupied Palestine are a blatant violation of international law and UN Security Council resolutions. This is an illegal measure that will destroy a two-state solution. Jordan's stance is unshakable in their condemnation. We warn against the dangerous consequences of a change in the position of the United States in the settlements as part of the Middle East peace process, ”the head of the Jordanian diplomatic department wrote on Twitter.

Settlements in occupied #Palestine are a blatant violation of Int'l law & UNSCRs. They are an illegal action that'll kill 2-state solution. Jordan's position in condemning them is unwavering. We warn against dangerous consequences of US change of position on settlements on MEPP

Egypt also confirmed that it considers Israeli settlements illegal. A similar view was expressed by the Secretary General of the League of Arab States, Ahmed Aboul Gheit. Turkish Foreign Minister Mevlut Cavusoglu said no country is above international law.

A refusal to recognize the legal status of Israeli settlements was also reported in the EU.

Israeli Prime Minister Benjamin Netanyahu thanked Mike Pompeo and personally US President Donald Trump for the decision on the settlements.

“Today, the United States has taken an important political step to correct historical injustice - the Trump administration has unequivocally rejected the false claim that the Israeli settlements in Judea and Samaria are illegal under international law,” Netanyahu said. “This US step reflects historical truth: in Judea and Samaria, the Jewish people do not act as a foreign colonialist.”

As MGIMO's leading researcher Yuri Zinin noted in an interview with RT, recognizing the Jewish settlements as legitimate, the United States "continues the course of completely ignoring international law."

“It was started when the Americans recognized Jerusalem as the Israeli capital,” Zinin said. - And continued recognition of the Golan Heights as part of Israel. The Americans decided to go all the way. ”

According to the expert, such a position further aggravates relations between Palestine and Israel.

“In fact, this is a recognition of the ongoing annexation of Palestinian lands,” Konstantin Truevtsev, senior researcher at the Center for Arab and Islamic Studies at the Institute of Oriental Studies of the Russian Academy of Sciences, said in turn with RT.

As the Israeli newspaper The Times of Israel notes, Pompeo’s statement on Israeli settlements in the West Bank was made two days before the deadline that President Reuven Rivlin gave to the leader of the Kahol-Lavan opposition bloc Beni Ganz to form a government coalition. Previously, the current Prime Minister Benjamin Netanyahu could not form such a coalition. If Ganz’s efforts are not successful, then a new election can await the country - for the third time this year.

According to the publication, the statement of Pompeo can be regarded as a gesture that aims to strengthen the political position of Netanyahu. Trump's “political gift” to Israeli right and Netanyahu personally was the settlement decision by the head of the American liberal pro-Jewish organization J Street, Jeremy Ben-Ami.

Former US Ambassador to Israel Martin Indik, in turn, said the decision was likely lobbied by David Friedman, the current US representative in a Jewish country who advocates settlement construction. Indik also wondered why the United States again slapped the Palestinians at the same time that Ganz was trying to form a coalition.

A totally gratuitous move by a discredited @SecPompeo. Why slap the Palestinians in the face again? Why boost the settlement / annexation movement at the very moment that Gantz is trying to form a government? This has Friedman's fingerprints on it. https://t.co/cC4vhKwuQk

Recall that the previously pro-Israeli gestures of the Trump administration suspiciously coincided with important events in Israeli domestic politics. So, President Trump recognized Israel’s sovereignty over the Golan Heights on the eve of the April Knesset elections.

And before the re-election to the Israeli parliament in September, the American leader said he had agreed with Netatyahu to sign an agreement on a formal military alliance between the United States and Israel.

“Although it can’t be said whether the administration deliberately guessed on time or not, its decision is essentially a gift to Prime Minister Benjamin Netanyahu, who called this recognition“ historical truth. ” All this happens against the backdrop of a dangerous political situation in which Netanyahu found himself. Such a development will strengthen both the long-held Israeli leader and the right wing of Israel as a whole, while Netanyahu is trying to maintain its position, ”said CNN correspondent Oren Liebermann.

According to the journalist, this step will strengthen the position of President Trump among pro-Israeli religious Christian Americans.

According to Yuri Zinin, the new decision of the Trump administration will be "in the hands of Netanyahu." Konstantin Truevtsev doubts this.

“I think that this will not help the Israeli prime minister, because the negative attitude towards Netanyahu is primarily associated with socio-political conflicts within Israel, undermined by confidence in him as a result of corruption scandals,” the expert said.

At the same time, he believes that US actions could lead to a new exacerbation in Palestine.

“This can lead to bad consequences, because the indignation of the Palestinians will be the obvious answer,” Truevtsev emphasized.

According to Yuri Zinin, Washington’s recognition of the legality of Jewish settlements "will lead to further intensification of tension in the region" and reduce the Arabs' confidence in the United States.

“The Palestinians will not accept this. This decision strikes the common Arab ideals and the support of the Palestinian cause. Even after the US recognized Jerusalem as the capital of Israel, the Palestinian leadership said that the United States, with its unilateral position, can no longer mediate in resolving the conflict, ”the political scientist said. 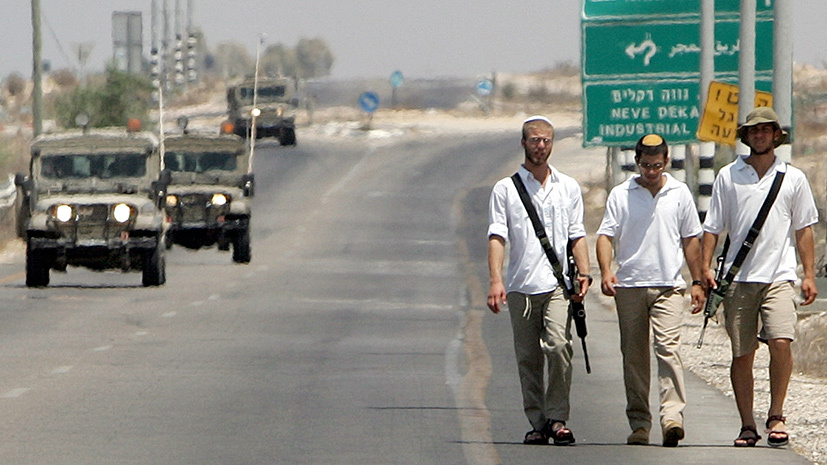 League of Arab States condemns US stance on Israeli settlements

Israel celebrates and the PA protests to the Security Council. International condemnation of US support for settlements 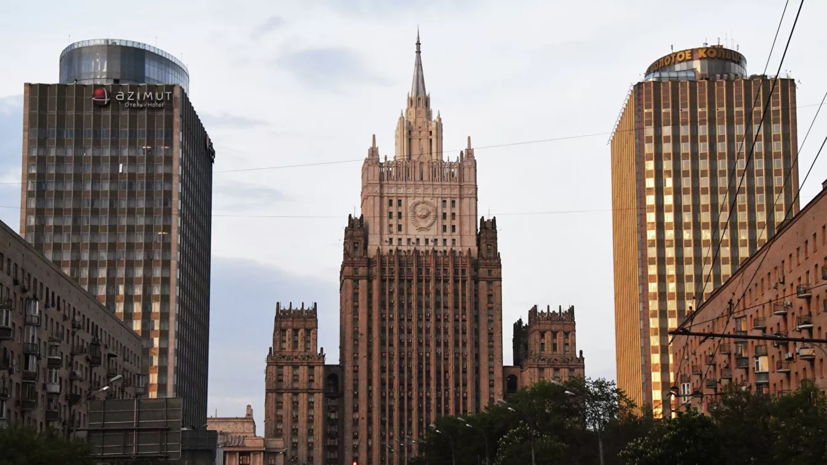 Russian Foreign Ministry commented on US decision on Israeli settlements 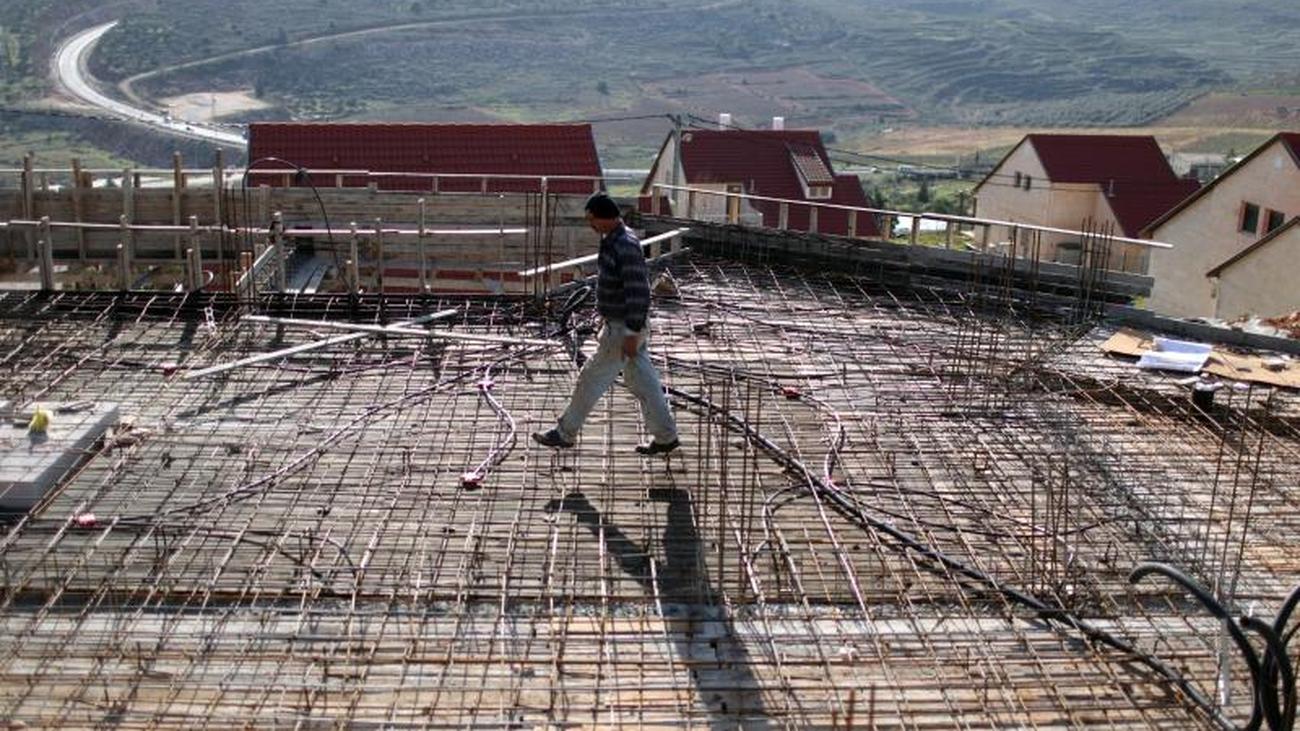 Expected meeting of the Security Council .. International and Arab condemnation of the "legitimization" of America's settlements

Trump and Netanyahu: the word in Washington's decision on settlements 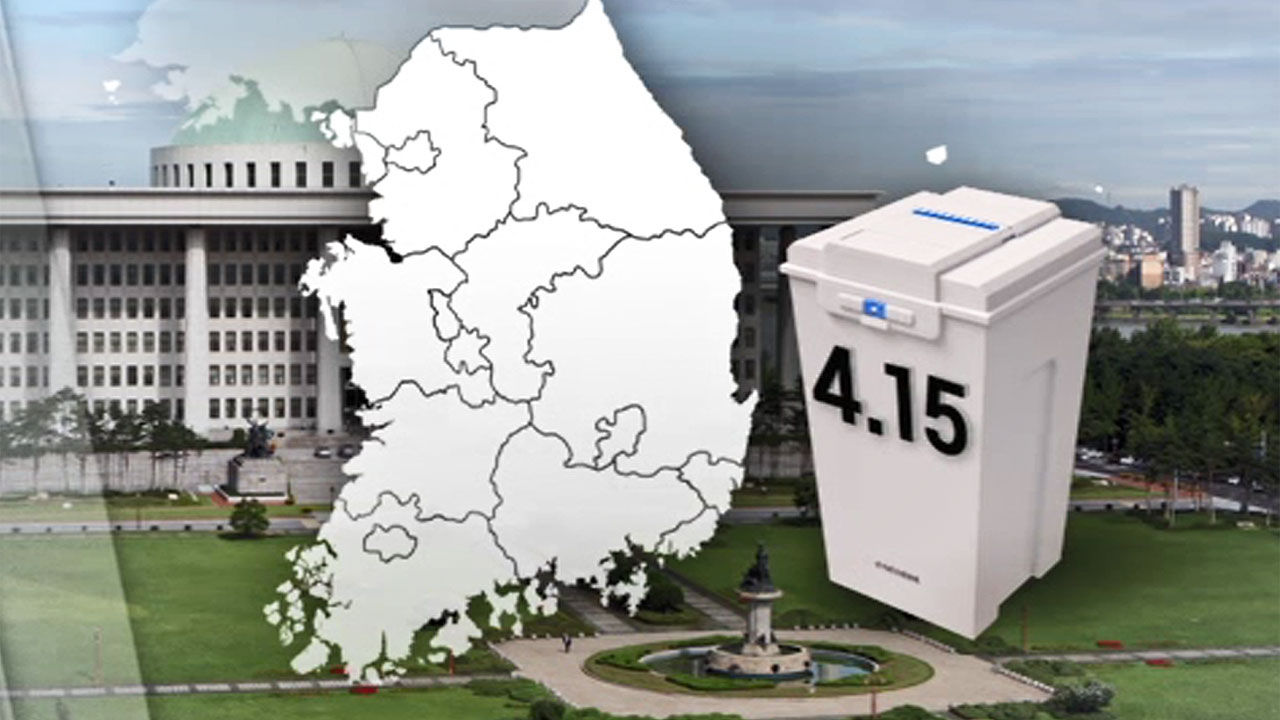 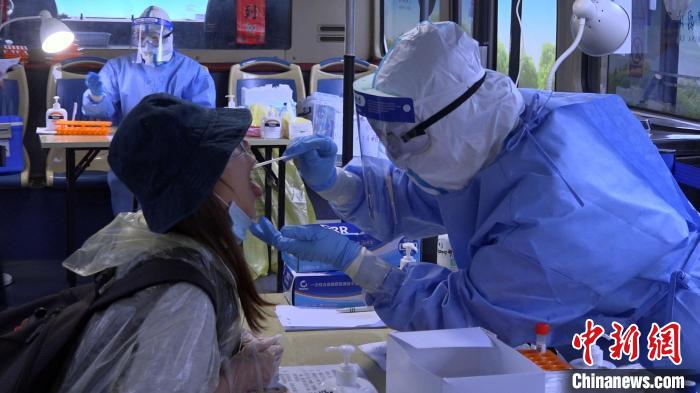 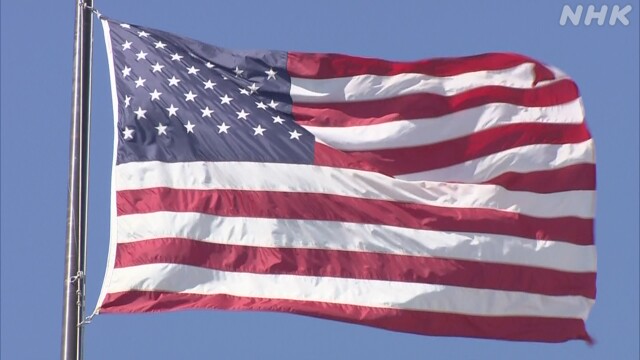 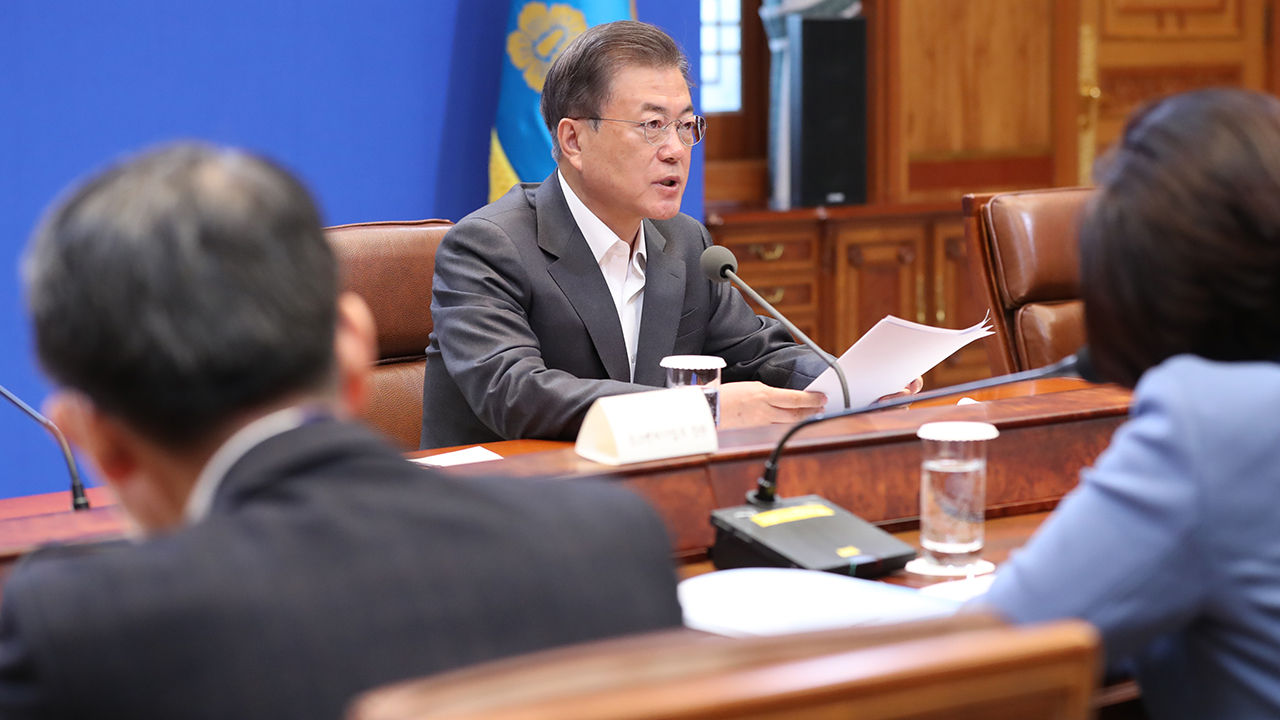 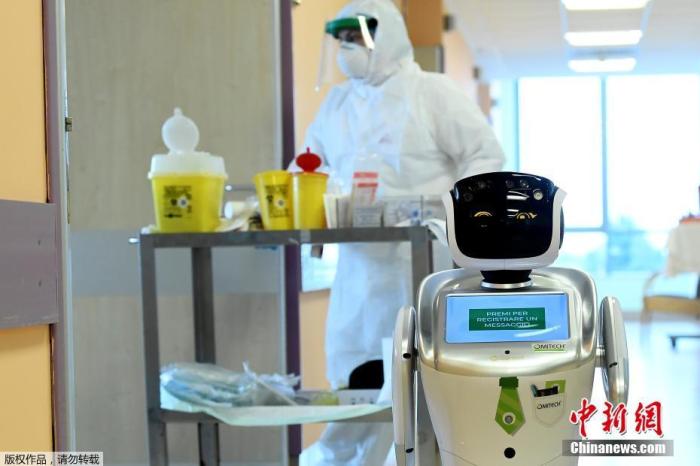 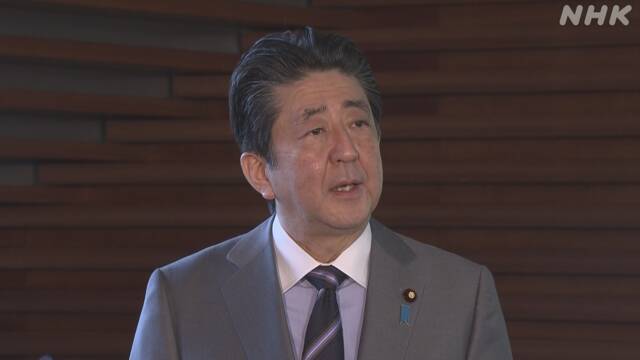 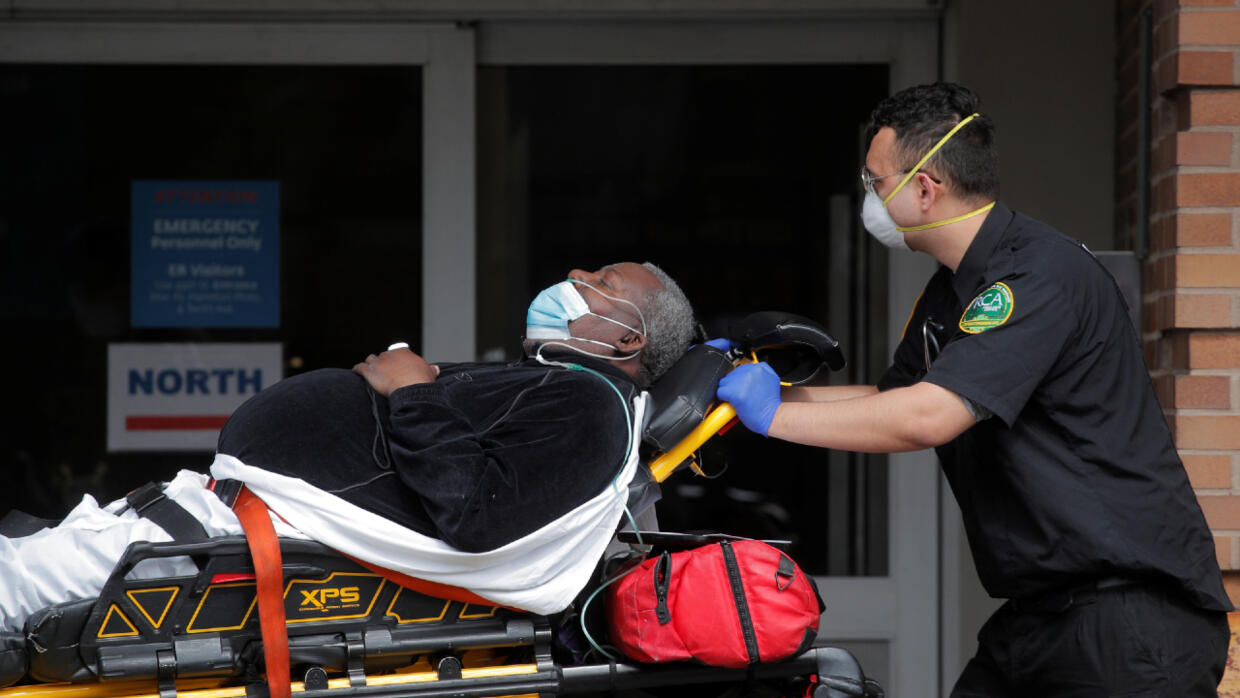 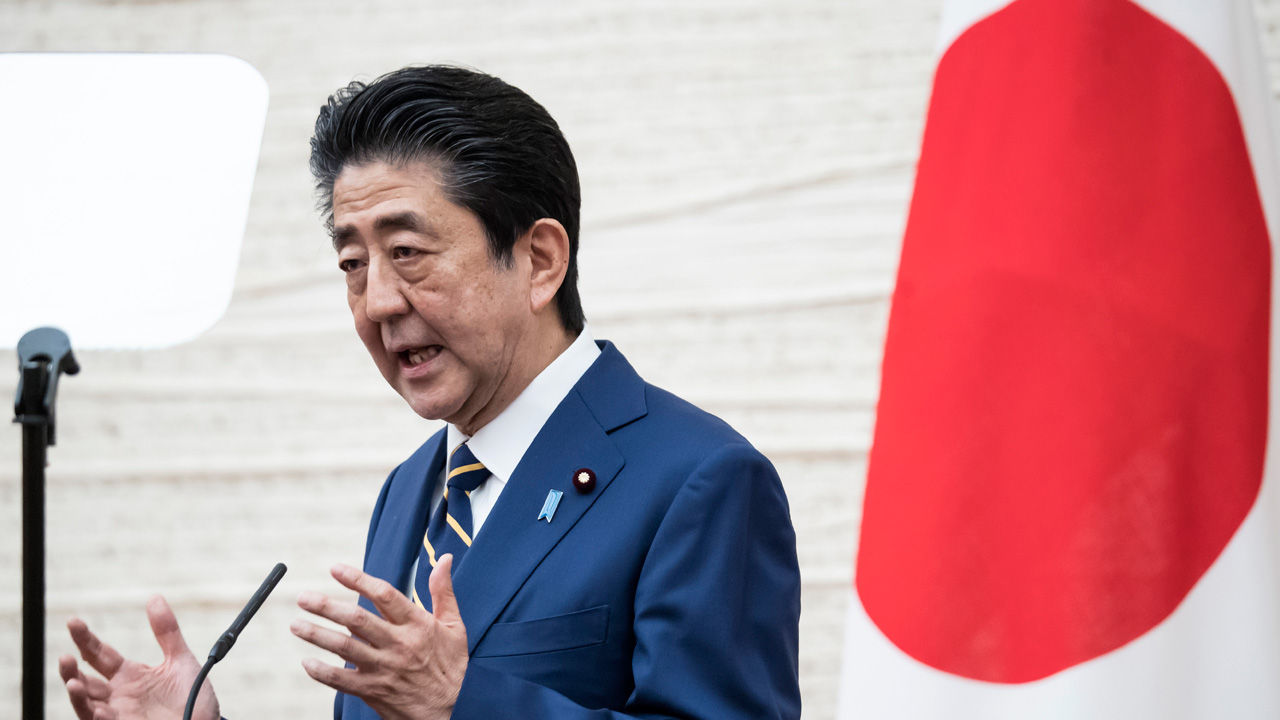 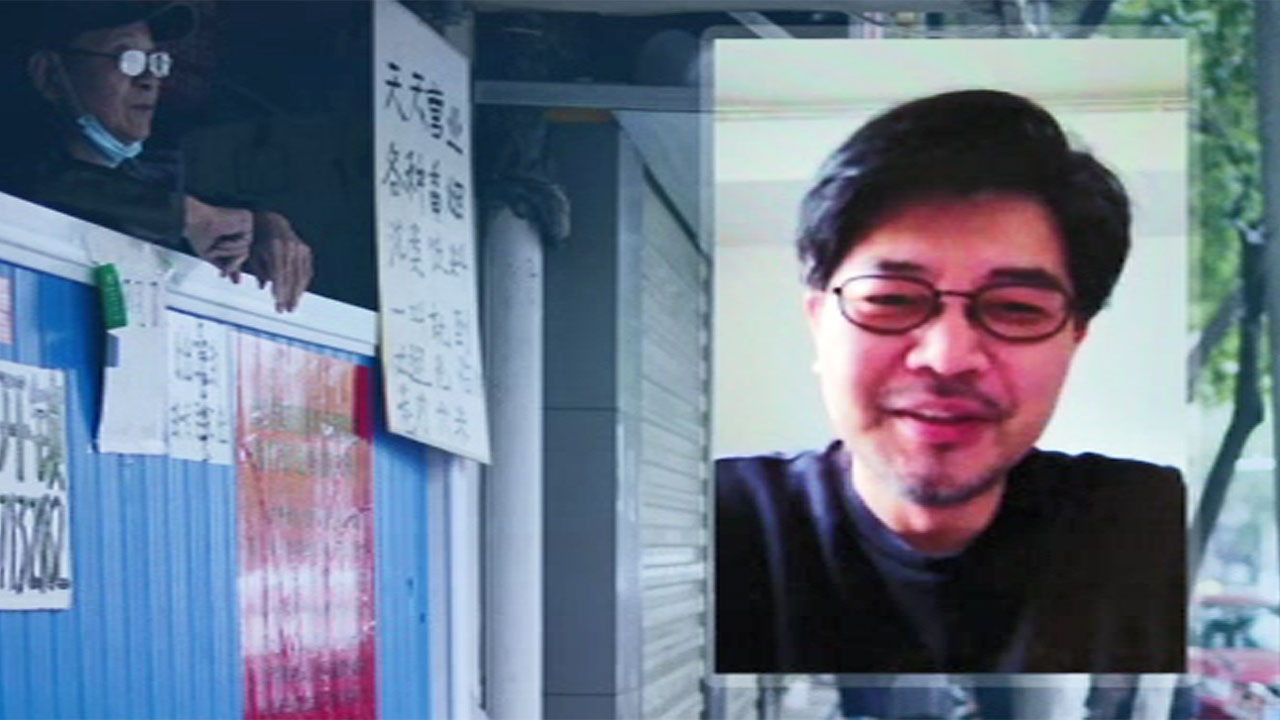 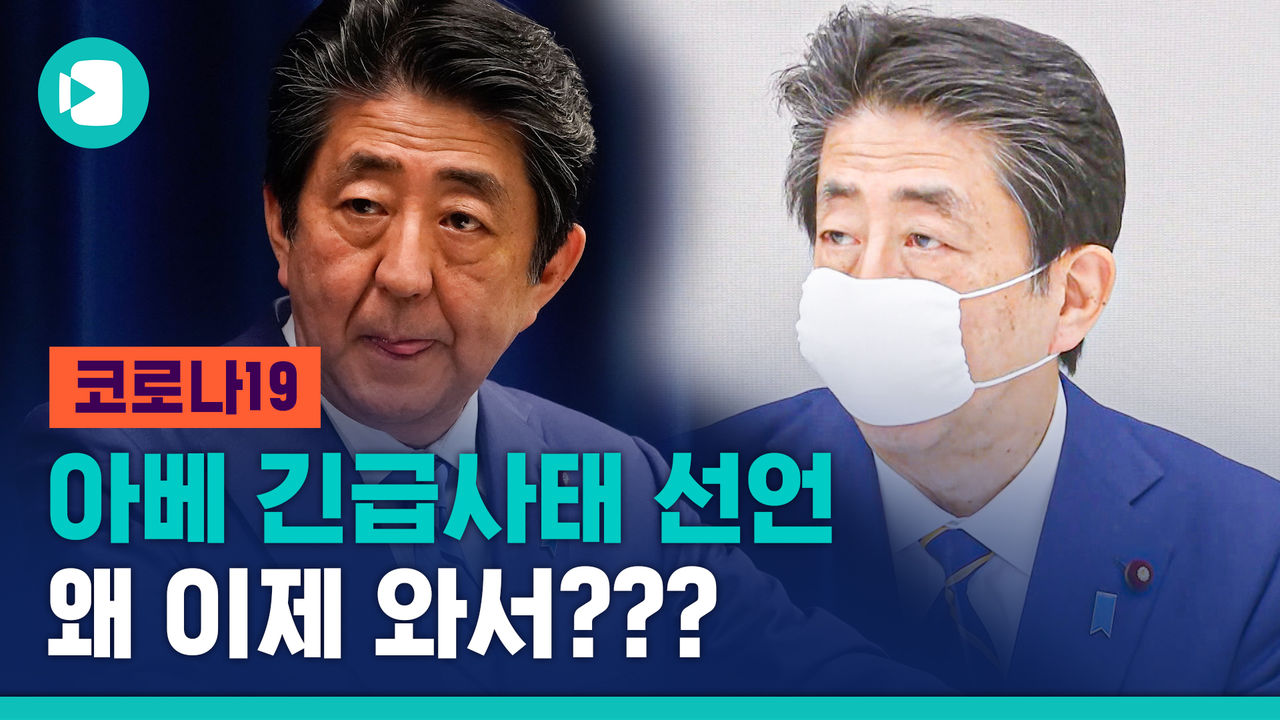