Brugnaro: "The Basilica of San Marco has suffered serious damage like the entire city and the islands". In the south, isolated Aeolian islands for 3 days 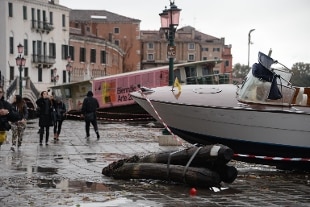 November 13, 2019Continue to hit Italy with the wave of severe bad weather that has been causing considerable damage and inconvenience for days. Torrential rains and strong winds today have particularly hit the Veneto.

Criticizes the situation in Venice. "We are facing an apocalyptic and total devastation, but I am not exaggerating with words, 80% of the cities are underwater, unimaginable, fearful damages" explains the President of Veneto, Luca Zaia. The head of the Civil Protection department, Angelo Borrelli, will reach the lagoon city in the morning for an inspection and to make a point of the weather situation. An operational meeting with the mayor Luigi Brugnaro, who on Facebook writes: "Venice is on its knees. The Basilica of San Marco has suffered serious damage like the entire city and the islands. We are here with the Patriarch Moraglia for bring our support but we need everyone's help to overcome these days that are putting us to the test ".

Over 170 interventions by the Fire Brigade in Veneto. 2 dead on the island of Pellestrina
Over 170 interventions by firefighters already carried out in Veneto for bad weather and the exceptional Acqua alta, which reached 187 centimeters in Venice. In the historic center of Venice and in the lagoon the most critical situations with high water that has completely invaded the island of Pellestrina where two victims were recorded: a 78-year-old man died electrocuted in his house. The elderly died because of a short circuit triggered by the tide that invaded his home. Another man was found dead - always at home - probably due to natural causes. Several fires occurred during the night due to the electric units flooded with water.

A fire, already extinguished, affected the Ca 'Pesaro museum with the partial collapse of a floor on the ground floor. Fire also in a commercial building on the Lido. The fire brigade teams are working together with personnel from the diver center to free up water circulation due to the sinking of several boats, which have broken the moorings. In Venice already over 100 interventions have been carried out and another 100 are waiting.

Civil Protection: many damages in the historic center of Venice
The Crisis Unit of the Civil Protection, activated last night by the President of Veneto, Luca Zaia, in the regional operations room, where regional councilor Gianpaolo Bottacin and the director of Regional Protection, Luca Soppelsa, are working, communicate a first update on the damage caused by bad weather recorded in the night, in particular in Venice. Numerous damage occurred in the historic center of the city of Venice, about sixty heavily damaged boats, including some vaporetti. The tide has settled - in these hours - to 150 centimeters.

Fedriga: "Venice is experiencing a dramatic situation"
"High water also in Trieste". The president of the Region, Fvg, Massimiliano Fedriga, shows in a post the high water in Piazza Unita 'd'Italia, in the Julian capital. "Thanks to all the women and men in the relief effort they are working on. Solidarity in Venice that is experiencing a dramatic situation," Fedriga writes.

Maxi chasm in Naples
A huge chasm opened in Naples, Ponti Rossi area, where it was necessary to evacuate 25 families. The collapse of the roadway occurred in a construction site area. The president of the III Municipalià, Ivo Poggiani, in a post on Facebook talks about "near tragedy".

The other day the Fire Brigade and Civil Protection intervened for a road sinking on a stretch that had just been affected by the rebuilding of the road surface, but not by the underground utilities - he explains - The road is closed, after a few hours intervenes on the spot ABC, work on the water and sewage pipeline quickly begins ".


Air Trumpet in Porto Cesareo: boats thrown on the pier or in the play area
The situation in Puglia is also difficult. A violent whirlwind struck Porto Cesareo, in Salento, causing serious damage to the marina in Ponente and collapses in the upper part of a masonry wharf and fencing walls. A 60-meter long dock on the dock was raised and carried away by the wind and the stormy sea and brought with it all the moored boats. Currently there are hundreds of boats piled up: some on the pier, others have ended up in the play area about 300 meters away.

The most serious damage was suffered by the fishermen's boats, many of which were moored at the pier uprooted by the force of the sea and the wind. The village of Torre Lapillo is isolated because it is flooded. Here there have been numerous subsidence of masonry structures and the upper part of the masonry pier that connects Porto Cesareo to the Lo Scoglio hotel has collapsed and is located on a small island connected by a pier to the mainland. The mayor, Salvatore Albano, comments that the city is "on its knees". The "Torre Lapillo" fraction - he explains - is submerged by the sea, the streets are covered with rubbish and debris, the situation is tragic. We were on alert, but we did not expect such a situation. We will ask for the state of natural disaster, the damage amount to hundreds of thousands of euros ".

Isolated Aeolian from 3 days
The Aeolian islands have been isolated for three days. From Monday afternoon the ferries and the hydrofoils of the line are still in the ports due to the very rough sea (force 6-7) and the gusts of wind that from this night blow from the west-south-west. In Milazzo, commuters (teachers, doctors and employees) and trucks loaded with food are blocked. Schools, especially in the smaller islands, work by service and are already in short supply of basic necessities and medicines. The storm surges have invaded the coasts of Marina Lunga, Marina Corta, Canneto, Acquacalda and the smaller islands, while in Lipari, in the Canneto area, the situation in Calandra is increasingly worrying. According to the experts the descent of the pumice material that ends up along the road is a signal not to be underestimated.

He also criticizes the situation in Messina
Cloud show and strong wind in Messina, where dozens of trees have fallen in the last hours and last night, in via Garibaldi, a car was hit: the driver was transported to the hospital but her life was not in danger. In the southern zone the wind has caused very high waves, in Galati Marina threatened some houses.

Still strong winds, storms and storms
Italy continues to be swept by strong winds, storms and storms; this decidedly unstable weather situation is destined to continue for a long time to come. Experts report that tomorrow it will open in the name of a sunny weather over most of the regions, with the exception of some thunderstorms planned for Campania. Between the afternoon and the evening, however, a new and threatening cyclonic vortex will reach the Ligurian Sea at great speed, fed by colder air of North Atlantic origin and driven by strong winds of sirocco and ostro. Heavy rains and rainstorms will hit Piedmont, Liguria, Val d'Aosta and, given the low temperatures that will be recorded in Piedmont, snowfall at hilly levels will also be possible; some flakes of snow could even make its appearance up to Cuneo.

The bad weather will also move to the Northeast, Sardinia and Tuscany on the following night, still with intense rainfall and in the form of rainy places. Abundant snowfalls above 1200-1300 meters will whiten all the Dolomites. On Friday the vortex will be in action in the Center-North, especially on the Triveneto Alps and on Lazio (here with storms and continuous rains also in Rome). There will be no peace even on weekends as another cyclone, which from North Africa will rapidly rise towards the Tyrrhenian Sea and therefore the high Adriatic, will cause yet another wave of bad weather. 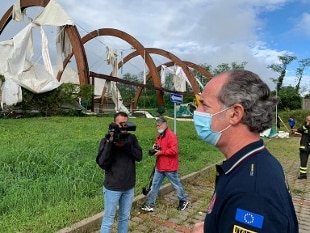 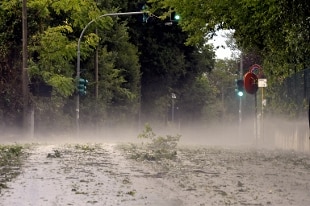 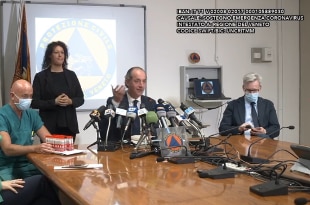 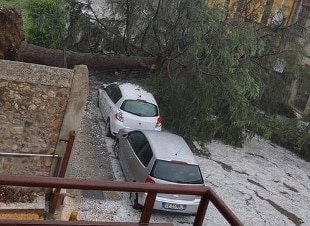 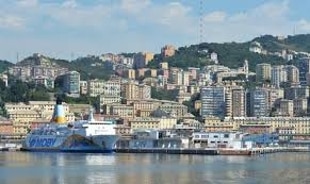 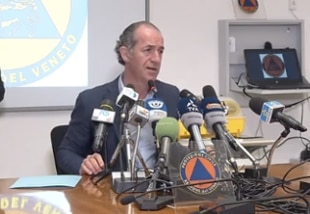 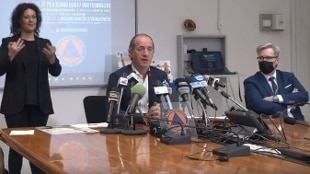 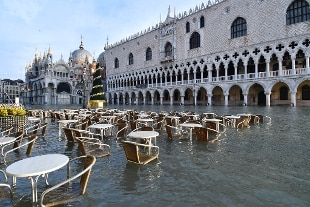 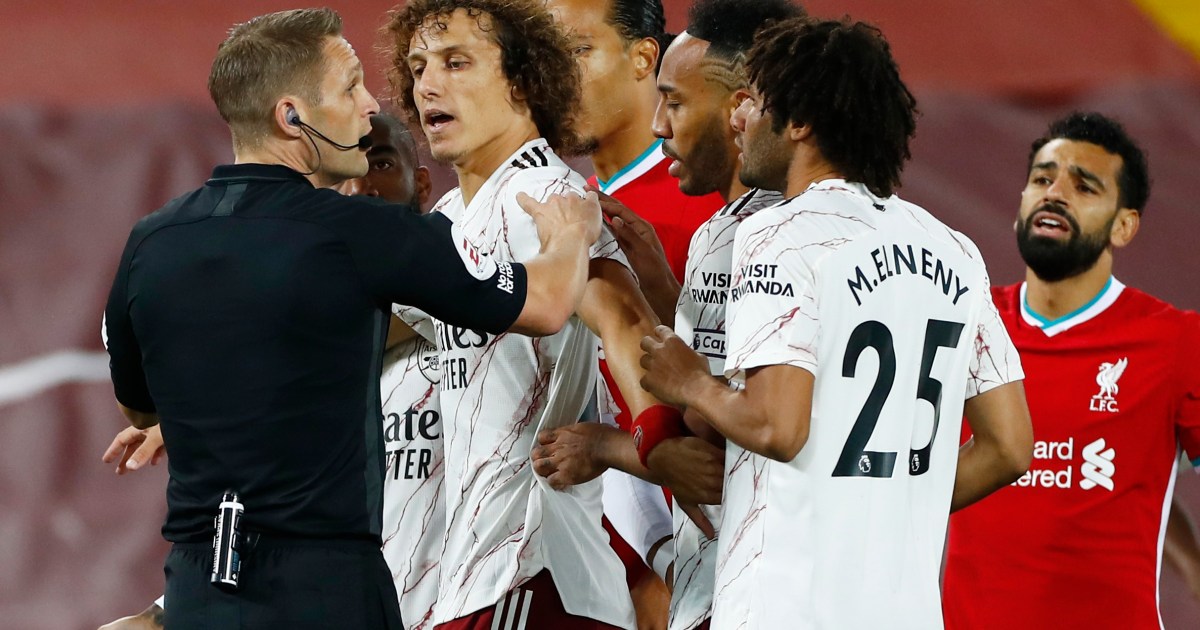 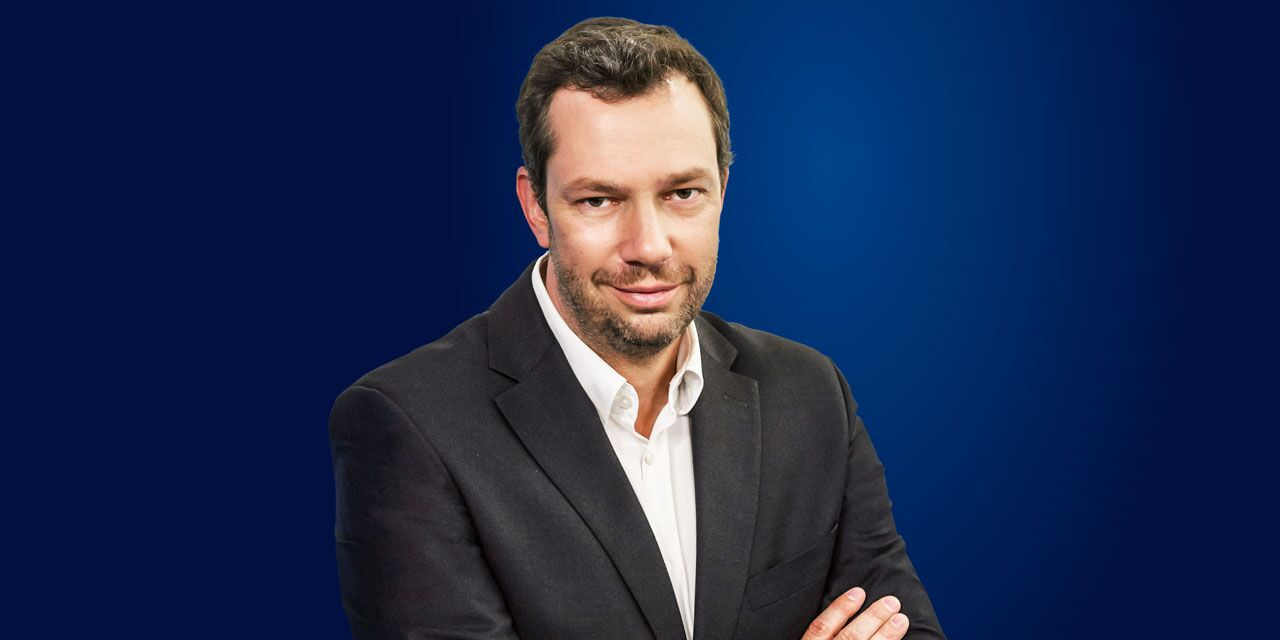 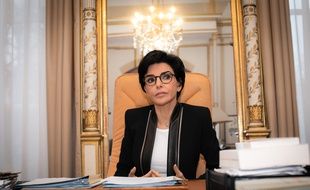 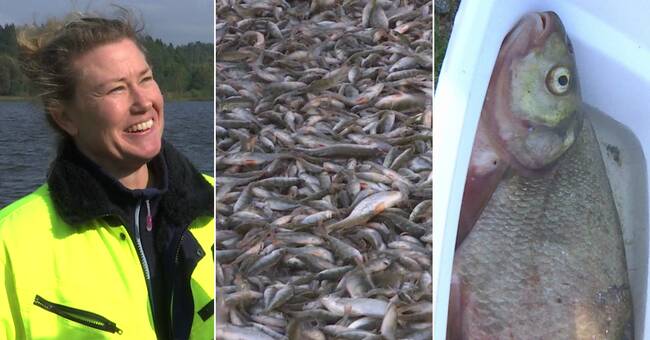