Launch of the National Festival of Tolerance and Human Brotherhood

Sheikh Nahyan bin Mubarak Al Nahyan, Minister of Tolerance, said that the diversity and pluralism that abound in the UAE society, whether in terms of color, language, religion or nationality, represents a state of real wealth, which we are proud of the world, and we consider it one of the most important secrets of the success of the UAE experience in Renaissance And no 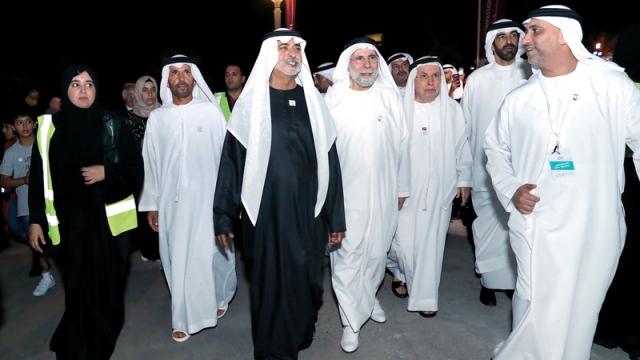 Sheikh Nahyan bin Mubarak Al Nahyan, Minister of Tolerance, said that the diversity and pluralism that abound in the UAE society, whether in terms of color, language, religion or nationality, represents a state of real wealth, which we are proud of the world, and we consider it one of the most important secrets of the success of the UAE experience in Renaissance Progress has been taken as a method of tolerance, harmony and acceptance of the other and respect for difference, a way of communication and cooperation for the benefit of all, pointing out that the National Festival of Tolerance and Human Brotherhood, represents all those values ​​and principles.

This came during the opening ceremony of the festival, yesterday, Umm Al Emarat Park in Abu Dhabi, in the presence of a large number of ministers, ambassadors and senior officials and artists.

He added that «the National Festival for Tolerance and Human Brotherhood, which the Ministry of Tolerance is proud to organize annually under the slogan: (on the approach of Zayed), this historic leader and great founder, who built this dear state, on the principles of tolerance, dialogue and joint action to achieve good and prosperity for all, `` Our beloved State is committed to the values ​​of tolerance and human brotherhood, and works to spread and affirm them all over the world.We view everyone as members of a single human society, in which all work together to reject extremism and radicalism and achieve peace, prosperity and a decent life in the homeland and the world. ''

He said: “Through this festival, we confirm all this, and we are very proud of Abu Dhabi's document of human brotherhood, which was issued during the historic visit of Pope Francis, Pope of the Catholic Church, and the virtue of the Grand Imam, Dr. Ahmed Al-Tayeb, Sheikh of Al-Azhar Al-Sharif. His Highness Sheikh Mohammed bin Zayed Al Nahyan, Crown Prince of Abu Dhabi and Deputy Supreme Commander of the UAE Armed Forces, preferred to prepare them and achieve the desired success. His Highness has made this historic document a message of peace, love and reconciliation from the UAE to the whole world.

He stressed that the festival embodies the message of UAE tolerance in all its activities and affirms what the document calls for on the importance of everyone working together, in order to reject extremism and extremism, and to achieve happiness and development for the human society everywhere.

He said: “We are very pleased that the Ministry is located in this wonderful garden, which is named after Her Highness Sheikha Fatima Bint Mubarak, President of the General Women's Union, President of the Supreme Council for Motherhood and Childhood, Supreme President of the Family Development Foundation (Umm Al Emarat). "Considerable achievements in the service of society and man everywhere, and see tolerance and human brotherhood as a sure way to achieve peace, understanding, development and stability throughout the world."

He added that this year's Festival of Tolerance and Human Brotherhood coincides with the UAE's celebration of the Year of Tolerance, in which we express great pride in the UAE's unique model of tolerance, coexistence and human brotherhood, which takes dialogue and positive communication between communities, cultures and countries as a way to build fruitful relations in society. The world, respects all human beings, accepts pluralism and diversity within human characteristics, and focuses on deepening cooperation and joint action between all, in order to achieve progress and prosperity for all.

Sheikh Nahyan bin Mubarak called on the UAE residents and visitors to participate in the festival, "which will not be successful, except with the participation of all."

Launch of the National Festival of Tolerance and Human Brotherhood 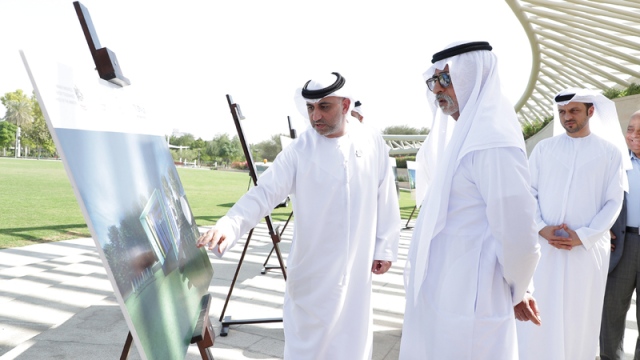 Nahyan bin Mubarak: I call on all categories of the UAE society to “tolerance and human brotherhood” 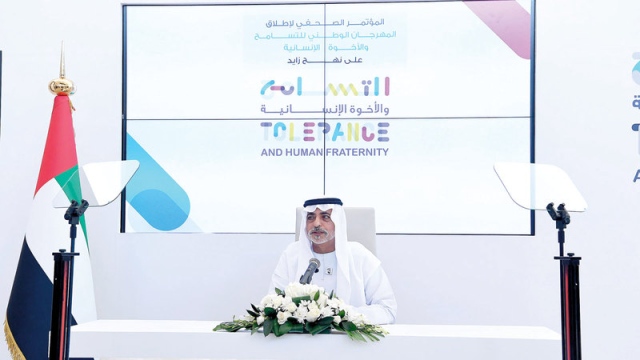 150 events on the 'Zayed approach' 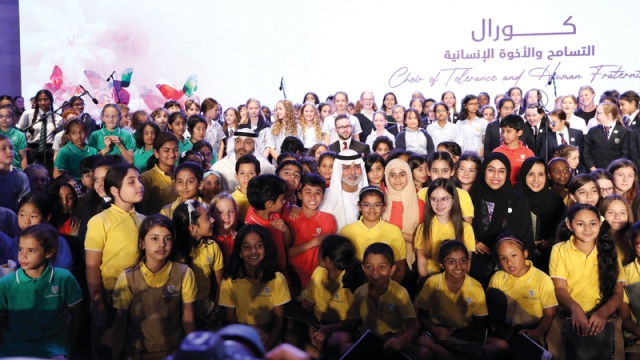 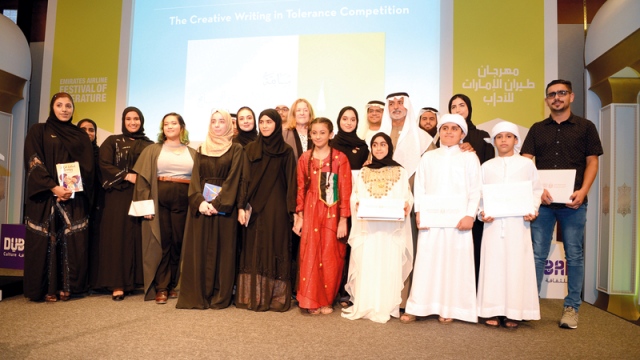 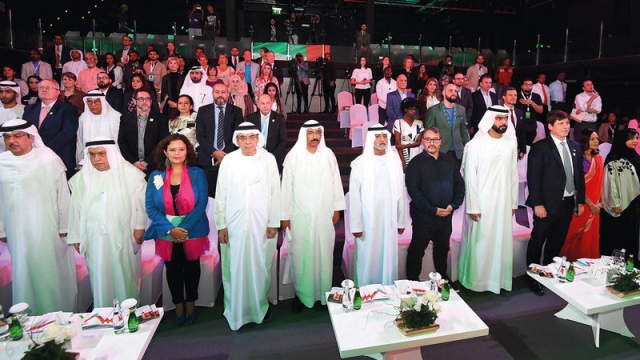 «Hai» .. a global window for tolerance of the UAE 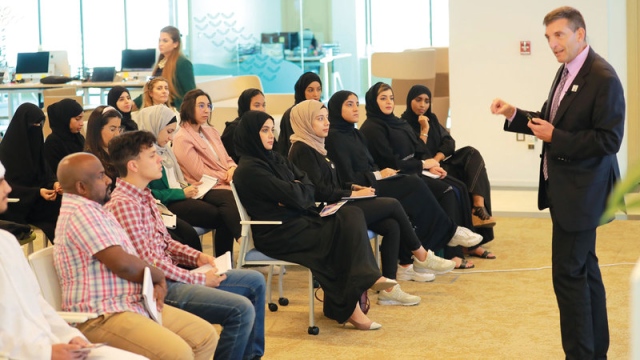 A film about human brotherhood in a minute 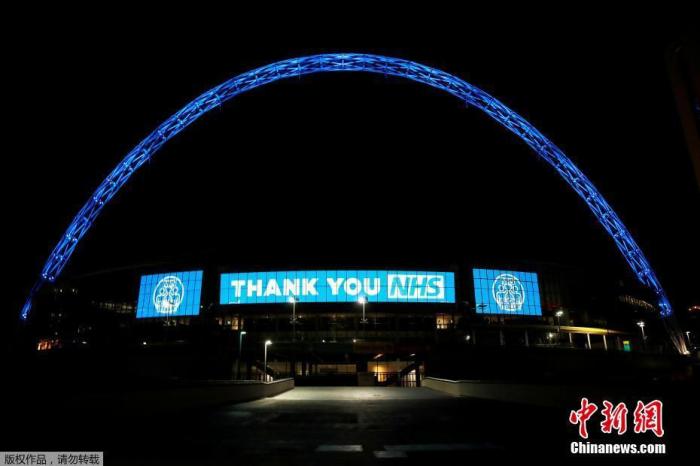 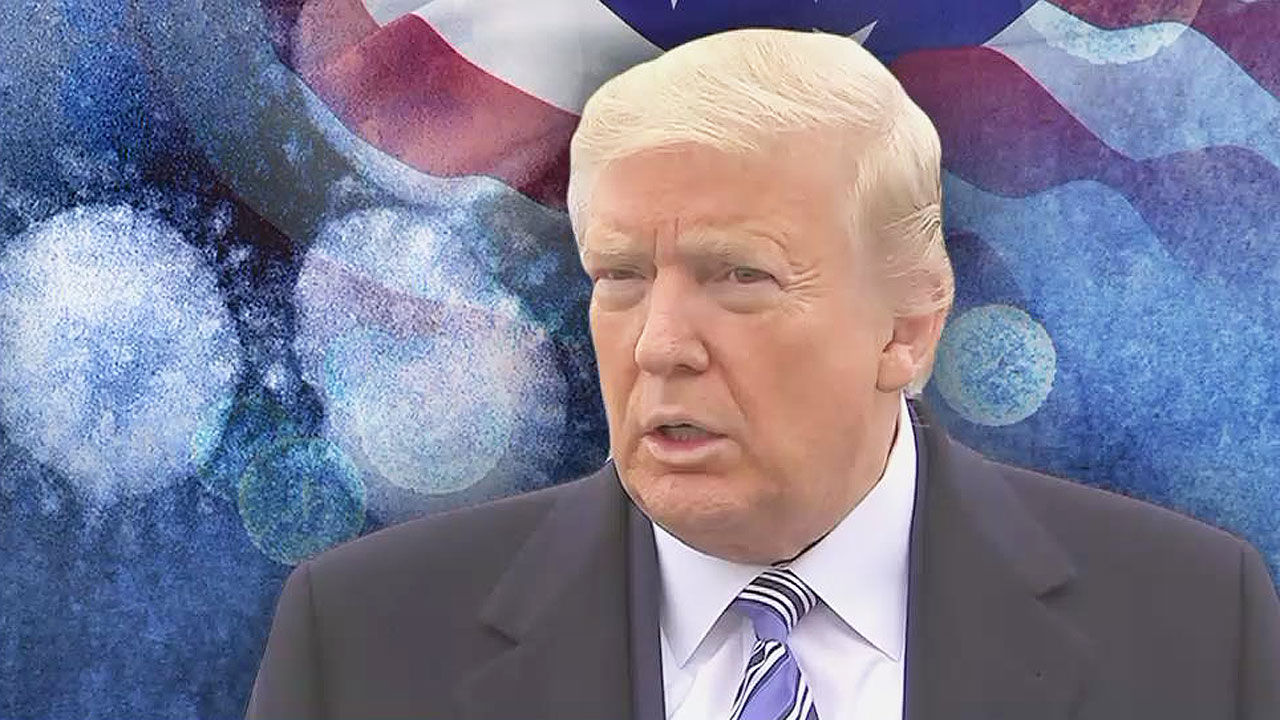 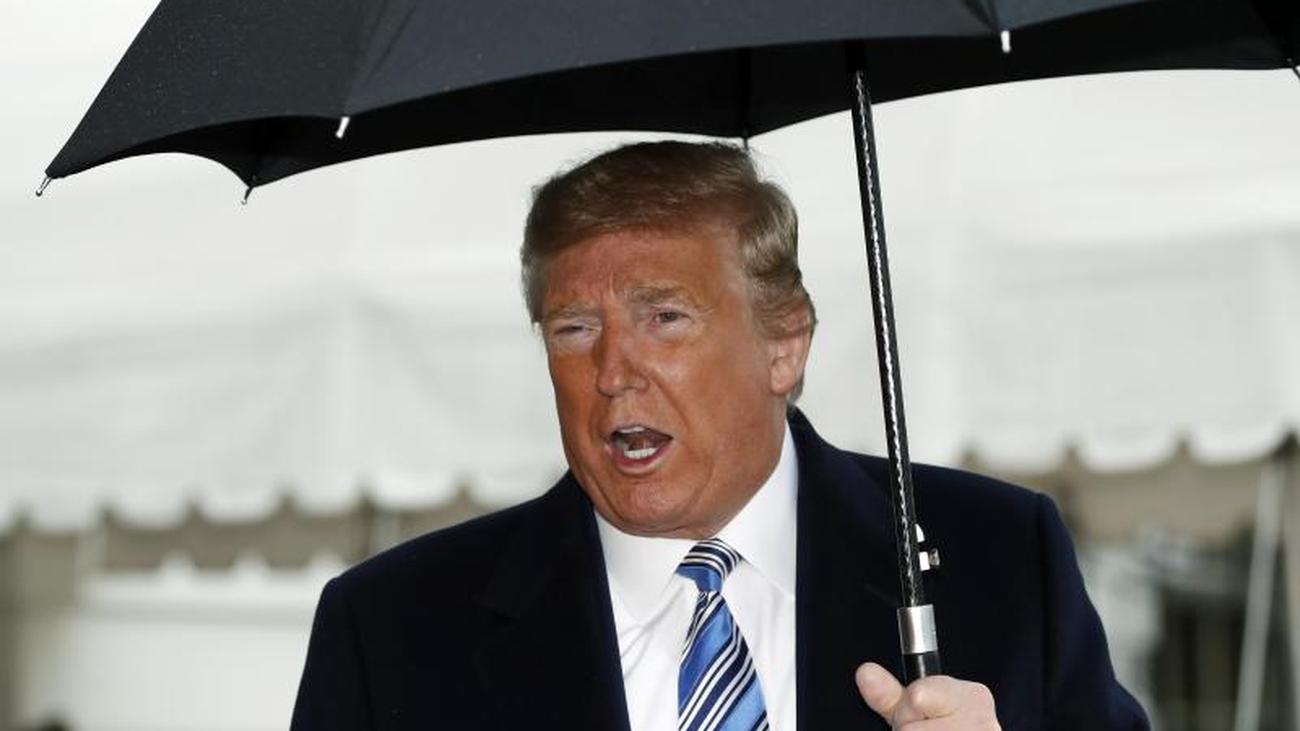 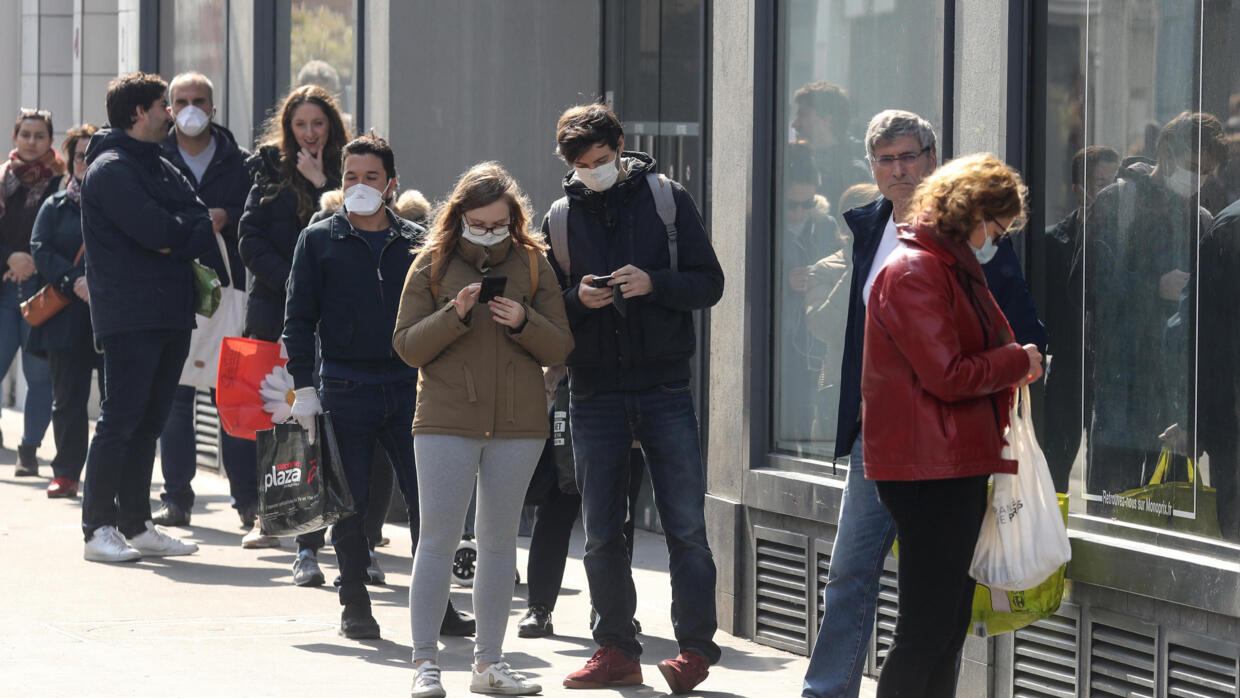