Now in the autumn, a new security training has started in Norrköping on Vinnarevipark. It is the municipality that made the investment because the lack of security guards is so great. 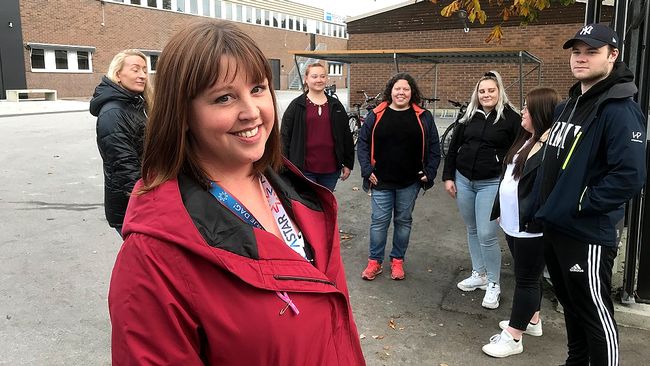 Sofia Svensson, who is a teacher, says that the security companies have now gone out and said that about 3200 new security guards are needed in the next few years, but she does not see it as a sad social trend that so much more surveillance is needed:

- No, I would say that most of the security profession is about helping people find the right place and having a nice response, so this with the strength and that being deterrent is just a small part of the job, she says.

The majority are women

The school has also deliberately targeted women and succeeded. Only 3 of the 11 students are men.

Hear more in the clip above why Jenny Svensson chose to attend the guard training.

The guard companies organize two-week training courses themselves, but this is all the more thorough, here the students will go for 1.5 years.

"This is much deeper than just uniforms, we have subjects like psychology and people's environments, because you have to be able to meet people and prevent crime, it's about communication," says student Alexandra Gunnarsson.