Portal, Facebook's connected screen, is back at a reduced price

Portal, Facebook's connected screen, is back at a reduced price 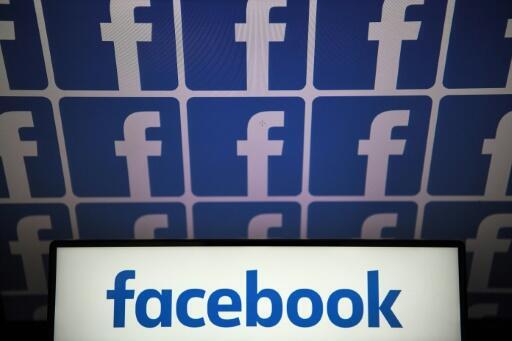 Facebook relaunches Portal, its range of smart screens designed to make video calls, with improvements and prices broken compared to the first models released less than a year ago, which are struggling to establish themselves in a market dominated by Amazon and Google.

"We've seen everything from A to Z, from materials to packaging, design, sound, processor ... to achieve the same user experience but at a much lower price," said Andrew Bosworth , vice president of consumer equipment at Facebook.

The Californian giant presented Wednesday several new versions of its "Portal" ("portal"), a connected screen that allows you to call his contacts, alone or with others, without necessarily being placed just in front of the camera, thanks to a camera wide angle and with artificial intelligence.

Like their predecessors, the new Portal also acts as wizards connected via Alexa, the voice interface of Amazon, to which users go for shopping or control some appliances, for example.

They also offer a more varied catalog of applications (including the addition of Prime Video, Amazon's streaming service), and calls can now be placed via WhatsApp, in addition to Messenger (both Facebook messengers). ).

The 10-inch screen will cost $ 179, against $ 199 for its equivalent launched in October 2018, and will be distributed not only in North America, but also in France, Italy, Spain, United Kingdom, Australia and New Zealand. .

"The connected devices market is very competitive," said Bosworth. "There are great things that answer your questions or people ringing at your door - all that is the starting point, but Portal is the only one that will bring you closer to the people you love the most. And we bet on the idea that a smart device that does not do that is not that smart. "

In 2018, Amazon and Google crushed the US market for connected speakers (with or without a display): Amazon has sold nearly half of the 57.5 million items sold, and Google, almost 40%, according to the IDC, a market research firm.

In 2014, Facebook acquired the manufacturer of Oculus virtual reality headphones, but the Portal is its first consumer product ("hardware") developed in-house.

The group did not give any figures on its sales, but six months after the first launch, the price of the base model had dropped on several e-commerce sites.

"If we can connect people to each other and value them, there will be opportunities to do business," says AFP Micah Collins, Product Manager at Facebook.

The economic model of the social network used by more than 2 billion people around the world is based on the personalization of advertising, enabled by a very fine and very large personal data collection.

Facebook has nevertheless explained that the artificial intelligence technologies of the Portal's cameras and microphones can be physically disabled, that they work on the devices themselves, without going through a remote server, and do not do facial recognition.

The dominant social network also promised that conversations were not listened to or recorded, and would not be used to target consumers.

"We are an advertising company, we are very creative about revenue generation through ads on our different platforms, but we do not have a specific plan for the Portal," Micah Collins said. "For now we are focused on the foundations".

"The success of this type of electronic product no longer depends on its sales," said Werner Goertz, an analyst at Gartner. "The business model is different - it's about creating an ecosystem, with many entry points, that reaches the consumer on all types of products."