"The Chinese Republic" or the House of Islam for its Muslims .. Messages and answers ignored by historians

Six Chinese issues or fatwas answered by Lebanese-born Imam Muhammad Rashid Reza in a letter to Chinese Muslims offer a new face on the intellectual exchange between reformist patriots in China and the Arab world between the two world wars.

The Chinese awakening coincided with its Islamic counterpart in the Arab world, and Chinese scientists decided to seek the opinions of jurists from the Arab world, and one of them wrote the jurisprudential issues that preoccupied them to the Lebanese world living in Cairo at the time, Rashid Rida, who responded with caution, appreciating the different circumstances, doctrine and language.

The message of Osman
Al-Manar received a letter written by Othman Bin Al-Hussein from the Chinese city of Qabadan to Rashid Reda, and Osman knew himself very humbly, expressing his happiness to receive a copy of the first volume of the magazine founded by Rashid Reda and started to be published in Cairo at the end of the 19th century.

Osman conveyed to Reza six questions that Chinese Muslim scholars were discussing among them, including China's status as a house of Islam as a republic that allows its Muslim citizens freedom of religion.

Reza responded with a set of six answers and fatwas published in October 1930, according to the scholar of Islamic history, Laure Halevy.

Reza, who also received fatwas from Europe, the Americas, and South, Central and East Asia, translated a series of articles originally published in Russia's Tatar newspaper on the situation of China's Muslims shortly after the revolutionary overthrow of the Qing Dynasty.

The letter reflected what could be considered a "Chinese Islamic identity" at the dawn of a critical juncture in modern Chinese history, after the defeat of various warlords at the end of 1928, when nationalists firmly held that all Muslims in the country belonged entirely as equal citizens to the unified republic. Halevy finally published in the University of Brill magazine.

The questions dealt with the discussion of the integration of Muslims in China and its doctrinal aspects and the issue of sectarianism, while the other questions dealt with social traditions, the recitation of the Koran for the dead, the use of golden teeth, the timing of fasting Ramadan, and the issue of "Muslim women imitating Western morality." These questions were a model for the pressing and contentious issues for Chinese Muslims in 1930.

Journey of what Rueto
Al-Manar Osman, known by his Arabic-Islamic name, stated that he came from Yunnan province of China. His grandfather was a translator and teacher, studied religious sciences, geography, and learning Arabic. He studied the Han Book, a mix of Islamic and Chinese Confucian traditions that emerged in the early 18th century, and after his marriage at the age of In the early years of the Chinese Republic, he worked as an Arabic teacher near Shadian, known for its historic mosque.

Because of the tin richness of Yunnan Province, the colonial conflict in which French merchants contributed to the region, and the emergence of warlords in the province, Osman, whose Chinese name was Ma Ruitu, fled the city and moved between different Chinese cities as an imam of a mosque and an Arabic teacher, and also learned English from YMCA missionaries. Christians.

Osman founded the monthly Arab Theology magazine, which was published between 1928 and 1935 and enjoyed extensive readings and referred to it as one of the most famous publications in China, until the Japanese invasion of China at the end of the 1930s, as he returned to his hometown, called for love of the homeland and confront the Japanese enemy.

Osman has come under local criticism from the Muslim community for the correct way of practicing Islam, and Guangzhou's Muslim community has been wary of ideological conflicts, making some of his ideas controversial.

Founded in 1911 after nearly 2,000 years of imperial rule, the revolutionaries overthrew the Qing dynasty, and then overthrew Xiang to establish a national government after the expulsion of the Communists. This period saw development projects and internal stability before the outbreak of the Sino-Japanese war again in the time of World War II. .

Controversial issues
In his writings, Othman raised doctrinal and doctrinal questions about monotheism and taboos such as pork, insurance contracts, etc. In 1931 Ma Rueto translated Ibn Taymiyyah's letter on Kharijites and Shiites, and engaged with many Muslim scholars in China in violent debates against Ahmadis, whose missionaries arrived in Hong Kong. Considering their teachings very serious.

The life of Osman (Ma Rueto) sheds light on some of the transformations of Chinese Muslim society in this period, including adhering to the Hanafi doctrine, shifting to take a fatwa from Arab jurists such as Rashid Reza, as well as trying to reconcile the national goal of a unified China with the goals of Islamic unity.

In his letter, Osman discussed the issue of "House of Islam" and "House of War" and seemed to inspire the ideals of the emerging Chinese Republic, where he found an ally in the face of both Christian evangelism and the communist tide, and was influenced by being a member of the Chinese Islamic Association for National Salvation Expresses this Islamic Republican alliance.

His personal experience and travels from Shadian in 1920 and Guangzhou in 1937 alienated him from political and social unrest and tried to avoid wars and conflicts.

Arabic answers
Ma Ruito's questions and Rashid Reza's answers have shown a different aspect of the historical circumstances and the relationship between the citizens of the Chinese Muslim Republic and the Muslim world, according to the study published in the journal Braille University.

The messages revealed that the Chinese nationalist boom of the 1930s coincided with a strong trend towards Islamic unity among the Chinese. These motives were obviously not contradictory, but were reconcilable for Chinese scholars who sought to elevate the republican China to the doctrine of the doctrine of Islam. What would have resolved the tension that existed at this stage between being a Chinese and a Muslim at the same time.

However, Rashid Reza was cautious in this direction, as he considered that China was never subject to the Sultan of the Muslim Caliph, in addition to the disputes between the clerics in China was very divided and could not agree on a number of issues, and formed fault lines that separated the Chinese Muslim community into several groups It adopts conflicting values.

Osman may therefore have turned to Reza as an external jurist, rather than persuading scholars to adopt his point of view, hoping to support his view of these conflicts and ultimately contribute to restoring unity in his divided society. 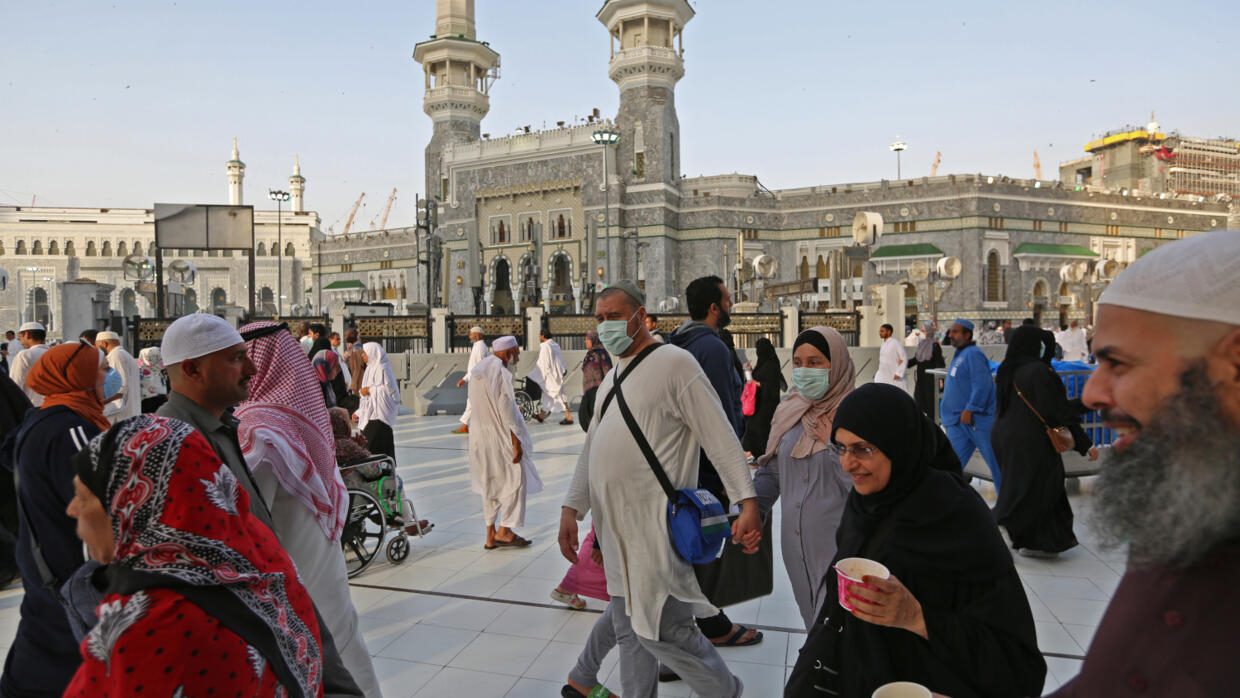 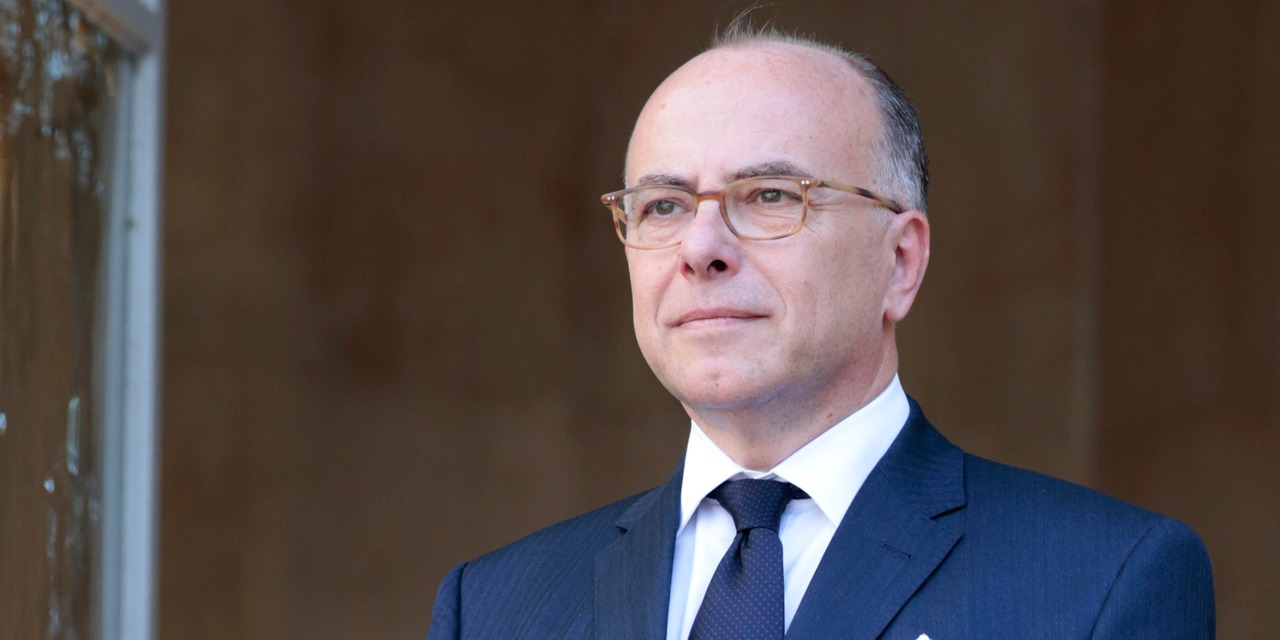 News/Politics 2019-12-27T16:43:32.841Z
Demonstrations in four Islamic countries against Chinese violations of the Uighurs 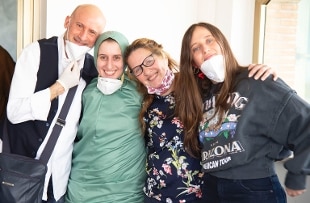