To replace the Proton: how are preparations for the launch of the Angara-A5 rocket from the Vostochny cosmodrome

In Russia, the production of new copies of the RD-191 engines intended for the Angara-A5 heavy-class rocket began. It will be launched from the Vostochny Cosmodrome, where work is currently underway to build a launch pad for this carrier. Experts call Angara-A5 a “breakthrough project” that uses the latest technology. According to them, the rocket will be able to replace the obsolete "Proton", from which it is distinguished by a greater payload and environmental friendliness. 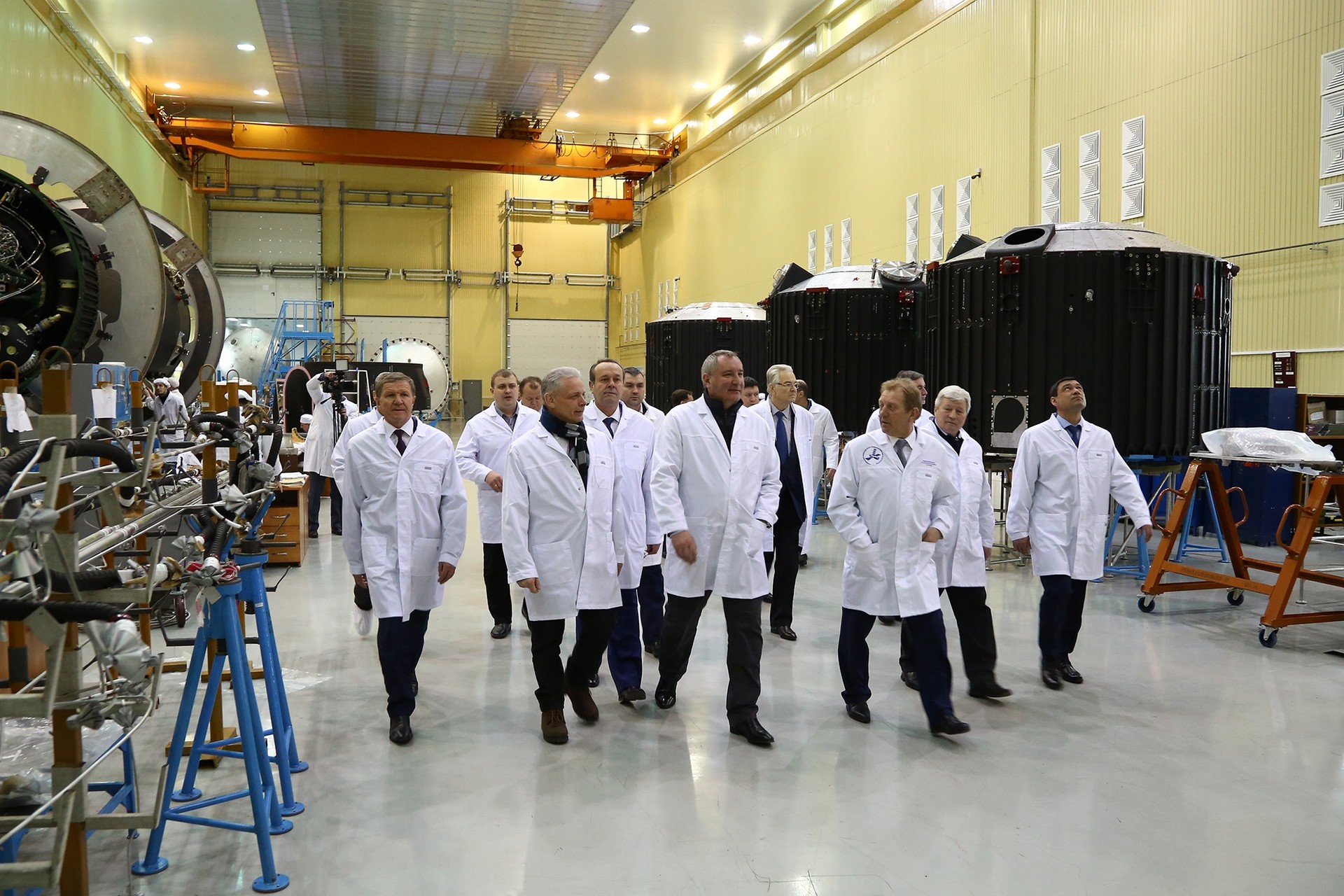 The Russian NPO Energomash has begun production of new copies of the RD-191 engines, designed for use on Angara-A5 family launch vehicles, which will be launched from the Vostochny Cosmodrome. Relevant information appeared on the public procurement website.

The portal indicates that “the purchase of long products of foundry steels and alloys” is made by the customer for “completing the RD-191 as part of the Amur development work (this is the name of the project for adapting Angara missiles for launches from Vostochny Cosmodrome) . The purchase price is estimated at 17.5 million rubles.

RD-191 is a liquid propellant rocket engine powered by an oxygen + kerosene pair, the development of which began in the late 1990s. Its certification was completed in 2011.

In 2009, the engine successfully passed flight tests on the South Korean carrier rocket Naro-1. However, the satellite was not put into orbit at that time due to malfunctions that were not related to the Russian part of the rocket.

In August 2019, the head of Roskosmos Dmitry Rogozin at the MAKS-2019 International Aviation and Space Salon announced that the number of RD-191s produced for Angara should increase by a factor of 2023, when these missiles will be mass-produced.

Leading researcher at the Space Research Institute of the Russian Academy of Sciences Nathan Eismont in an interview with RT explained that one of the predecessors of the RD-191 is the RD-170 engine, "which is recognized as the best in the world by its characteristics."

“This is a single-chamber engine, which has improved performance, including specific thrust. In addition, he has improved management, which gives a serious advantage, ”said the expert.

Eismont noted that work on the RD-191 is ongoing, however, in his opinion, no problems are expected with him, since many of its components have already been tested.

“Perhaps there will be some minor improvements, but no additional operations will be required. Now Angara-A5 is almost ready for serial use, ”he said.

According to the academician of the Russian Academy of Cosmonautics Alexander Zheleznyakov, this device compares favorably with its competitors in price.

“The RD-191 is reliable, meets modern requirements and relatively cheap,” he said in an interview with RT.

The Angara project originates in the first half of the 1990s, when a competition was announced in Russia for the creation of a heavy-class space rocket complex. Its necessity was explained by the fact that after the collapse of the USSR, part of the space industry enterprises, as well as the Baikonur cosmodrome, were outside of Russia. Therefore, from the point of view of strategic security, the country needed missiles that would be entirely produced in Russia and launched from Russian cosmodromes.

In 1994, the competition won the project GKNPTs im. M.V. Khrunicheva, who became the head developer of the complex. At the preparatory stage, the concept changed several times until in 1997 the designers came to the current version, which is a launch vehicle based on universal rocket modules (URM) with oxygen-kerosene engines. The project includes carriers of four classes - from light to heavy, the carrying capacity of which varies from 1.5 tons to 35 tons.

Depending on the Angara class and mass, the number of universal missile modules on which propulsion systems are installed also changes. So, for carriers of the light class "Angara 1.1" or "Angara 1.2", one URM is enough, for a middle-class rocket "Angara-A3" it is already three, and the design of the heavy "Angara-A5" provides for the installation of five such units at once.

The authors of the Angara project suggested that rockets of this family would be able to replace the entire line of carriers used at that time in Russia. So, “Angara-A5” and “Angara-A7” were supposed to replace “Protons”. Angara-A3 and Angara A1.2 would replace Zenit-2 and Cyclone-2/3 made in Ukraine, and Angara A1.1 would take the place of Cosmos-3M, shot since production back in the 1990s.

The first launch took place on July 9, 2014: the Angara-1.2PP light rocket successfully launched from Plesetsk and flew along the ballistic trajectory to the Kura training ground in Kamchatka.

The next launch of the Angara from the cosmodrome in Plesetsk is scheduled for December 2019, this time with a satellite model. The third start will be made in 2020.

Start from the "East"

In June 2019, work began on the Vostochny Cosmodrome on the construction of a universal launch complex for Angara-A5 launch vehicles and its modifications. According to plans, the facilities should be commissioned by 2022. According to the head of the center for the operation of ground-based space infrastructure facilities, Kirill Filenkov, the first launch of this rocket from Vostochny is scheduled for the fourth quarter of 2023.

As Eismont explained, the Angara-A5 was already "successfully tested, but without payload." According to him, it will have to replace the "Protons" used now.

“By their characteristics, these missiles are close to each other. The difference is that the Angara-A5 can put a little more payload into low orbit. In addition, it has non-toxic components, while Proton has toxic components, ”the expert explained. “Angara-A5, according to some estimates, may turn out to be more expensive, but if you think about environmental and safety issues, then this is insignificant. It’s necessary to take into account the costs that are necessary in order to use a rocket with the least risk. ”

The environmental friendliness of Angara-A5 was also pointed out by the head of the Space Policy Institute, Ivan Moiseev.

“Its main advantage, which is always indicated, is environmental friendliness. In the future, it should have many interesting technical features: modularity, the ability to build on the same base both the middle and the light class, ”the expert said in an interview with RT.

In his opinion, to complete the testing of the Angara-A5, several more launches will be required.

“Now there is a phase of flight testing of Angara-A5 missiles. In 2014, as part of this stage, one rocket was launched without a payload, but in order to go through this phase and go into operation, another 2-3 launches are needed. If they accelerate, then they will be able to complete the work in 2-3 years, ”he said in an interview with RT.

Eismont outlined the range of tasks that will be solved with the help of "Hangar-A5."

“For scientific tasks, this is a convenient tool for launching into outer space. All science in space can be realized exclusively with the help of the "Hangar". In addition, she will be able to carry out tasks for the national economy, ”said the analyst.

In turn, Moiseyev called the Russian Ministry of Defense one of the main operators of the Angara-A5.

He also pointed out that when creating the "Angara-A5" the most modern developments are used. In his opinion, this missile may be interested abroad.

“Angara-A5” is a breakthrough project, because it is a completely modern medium in which the technologies of recent years are presented, ”said Aismont. - She will have foreign customers. If there is no political opposition, then there will be customers in the USA as well, since Angara is quite competitive. ” 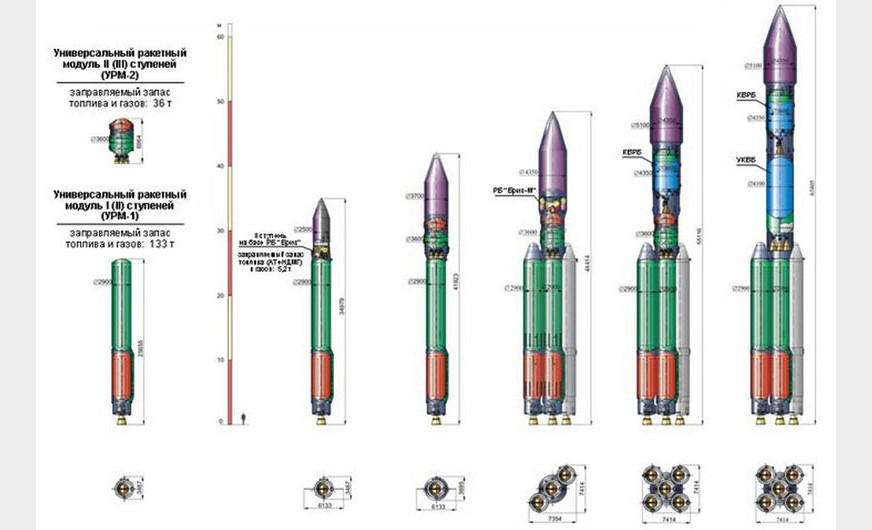 To replace the Proton: how are preparations for the launch of the Angara-A5 rocket from the Vostochny cosmodrome 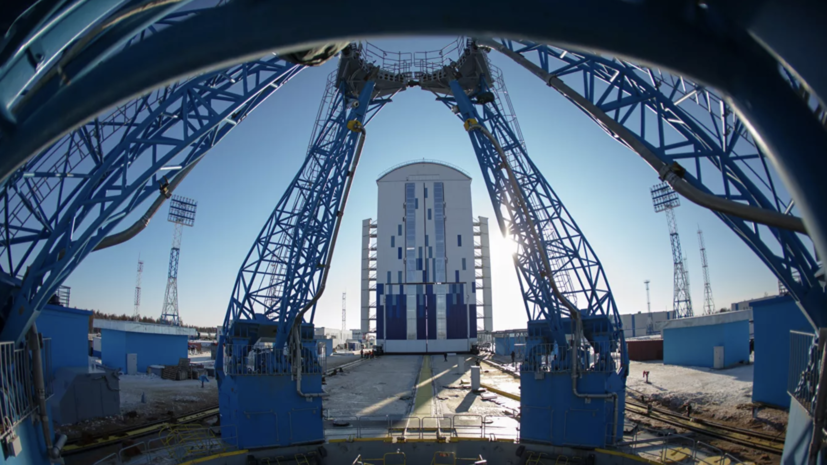 Up to 5 thousand builders will work at Vostochny Cosmodrome

Installation of equipment for a new launch complex starts at Vostochny 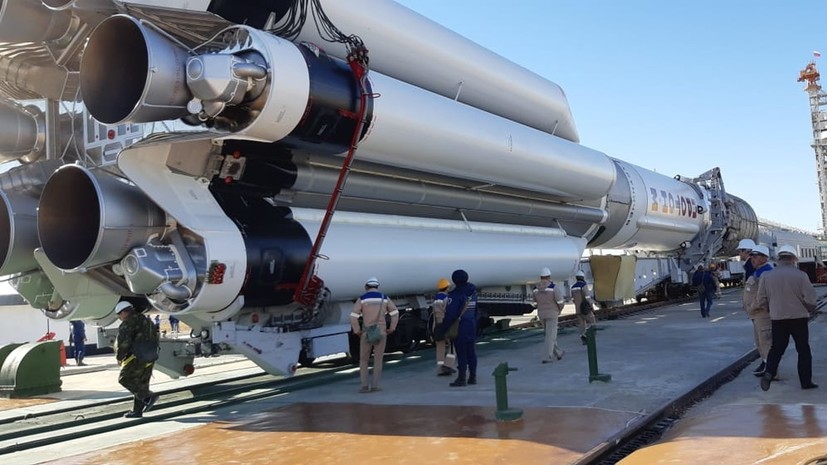 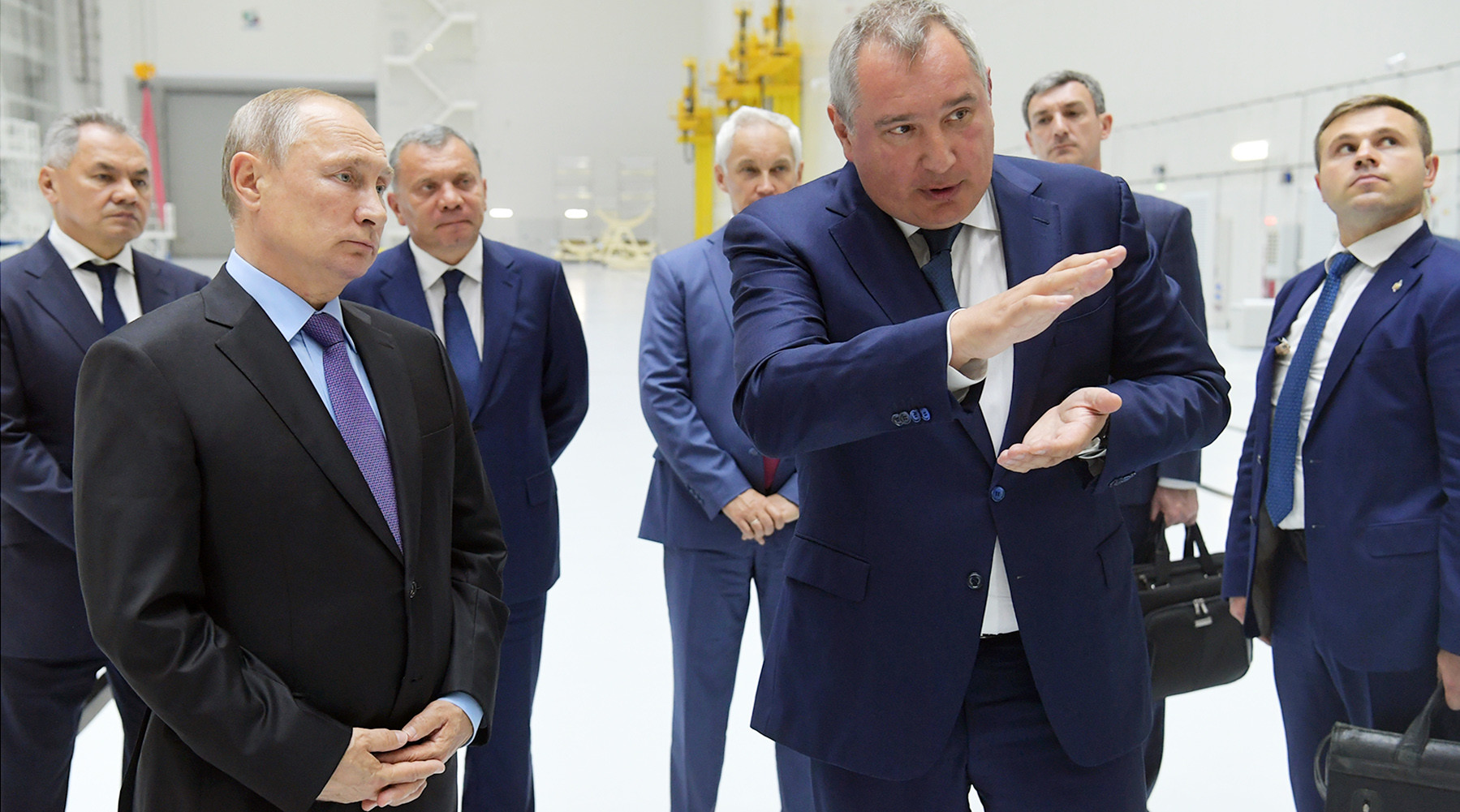 “The work ahead is serious, large, voluminous”: Putin demanded that all the construction dates for the Vostochny Cosmodrome be respected 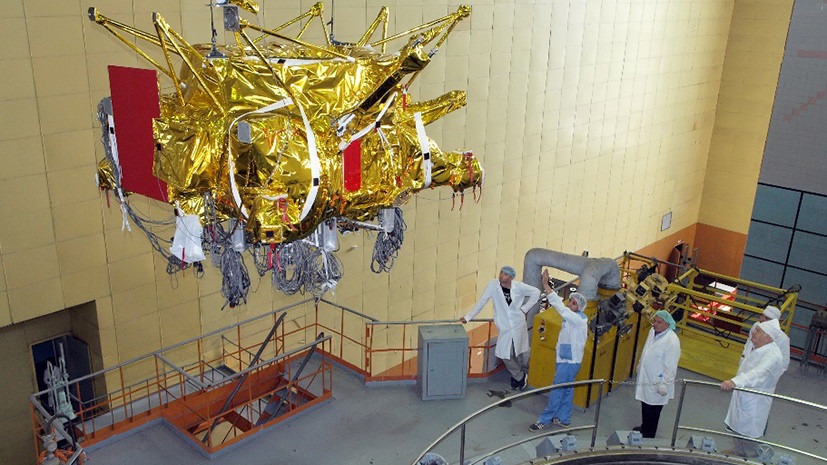 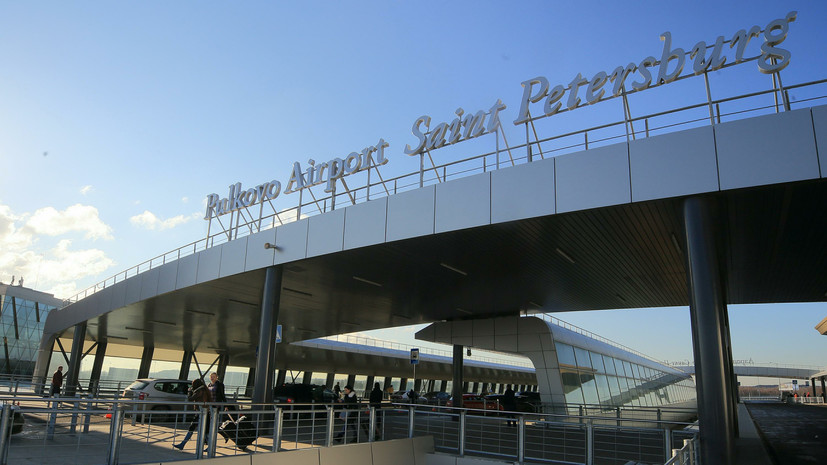