Iranian Foreign Minister Mohammad Javad Zarif has arrived in the French city of Biarritz, where the G7 summit is being held, as US President Donald Trump refused to comment on the visit.

The Iranian Foreign Ministry spokesman said that the minister's visit to Biarritz came at the invitation of his French counterpart Le Drian to discuss the nuclear agreement.

The Iranian spokesman added that the minister will not meet with the US delegation participating in the G7 summit.

A source at the Elysée Palace said the Iranian foreign minister was in talks with Le Drian in Biarritz.

For his part, the US president declined to comment on Zarif's presence in the southwestern city of Biarritz, where leaders of the Group of Seven summit. "There is no comment," Trump said.

After a series of bilateral meetings on the sidelines of the summit, Trump said his country had its own approach to Iran, but could not prevent other countries from talking to Tehran.

Earlier in the day, French President Emmanuel Macron said he had not been formally authorized by G7 leaders to send messages to Iran, but would continue his country's efforts over the coming weeks to ease tensions with Tehran. 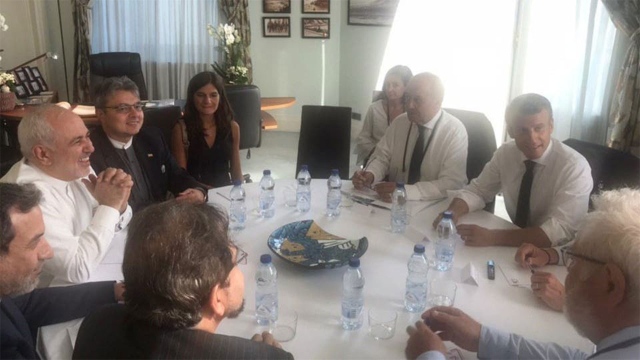 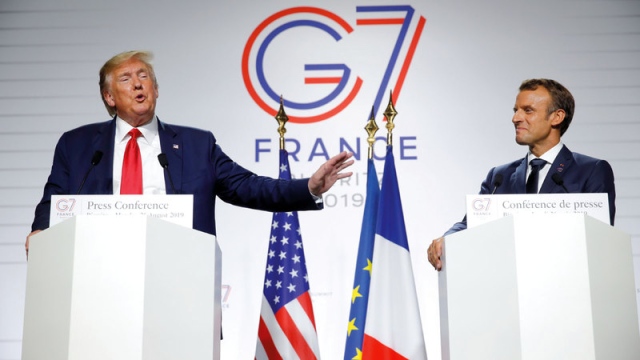