Madrid has announced the dispatch, Tuesday, a ship in Lampedusa to recover the migrants aboard the boat of the Spanish NGO Proactiva Open Arms. Several people jumped into the water in a desperate gesture to rally the Italian island. 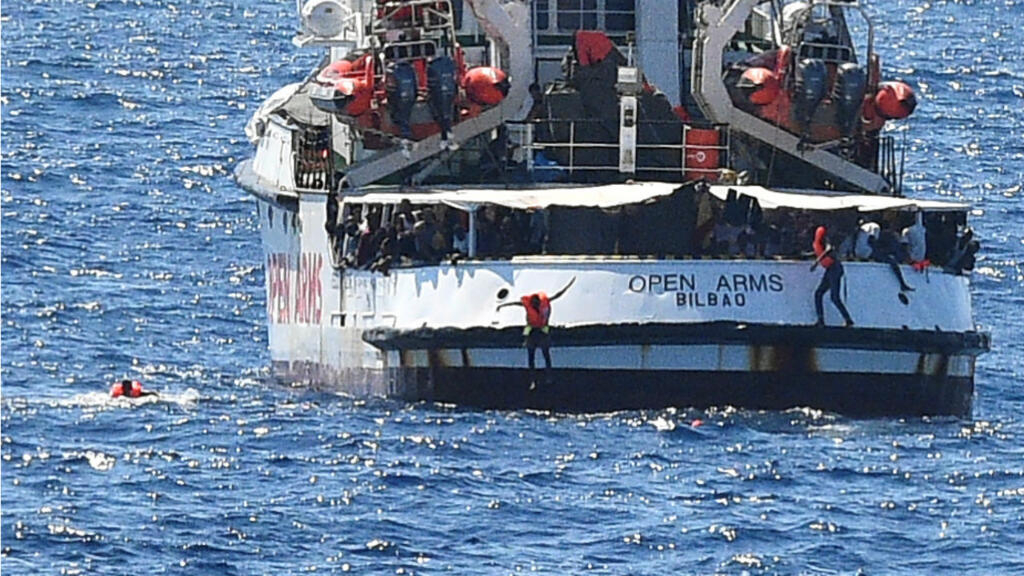 Spain is taking action to help migrants on the Open Arms ship. Madrid has announced the dispatch, Tuesday, August 20, of a military ship in Lampedusa to recover the dozens of people on board the boat, many of whom jumped into the water in a desperate gesture to rally the island Italian.

Stationed since Thursday a few hundred meters from the coast of the Italian island, these migrants rescued by the Proactiva Open Arms NGO off the coast of Libya have been denied access to Lampedusa by the Italian authorities, even if six European countries - France, Germany, Luxembourg, Portugal, Romania and Spain - have committed to welcoming them.

The Spanish ship, the Audaz, will depart at 17:00 (15:00 GMT) from the Rota base in the south of the country and will "sail for three days to Lampedusa, where he will take care of the people collected by Open Arms "to bring them to the port of Palma de Mallorca, Baleares, said the Spanish government in a statement.

This solution "will solve this week the humanitarian emergency lived aboard the Open Arms," ​​added the government.

On board the Open Arms for some 19 days

The 15 migrants who threw themselves into the sea, some without life vests, attempting to swim to Lampedusa, were "rescued" by the Italian coastguard and brought to the island, according to a spokesman for long.

"The situation is out of control," Proactiva said on Twitter, whose boat now houses a little less than 100 migrants, while dozens of miners or patients have already had to be evacuated.

Some of these migrants have been on board the Open Arms for 19 days, matching the record of migrants rescued by SeaWatch3 at the end of December, before landing in Malta on 9 January.

Faced with Rome's refusal to allow them to land, Madrid had finally offered the boat to join Algeciras, in the extreme south of Spain, then the Balearic Islands, closer but still distant a thousand kilometers from Lampedusa.

Proactiva Open Arms had swept away these two proposals because of the days of sea necessary to rally these different ports, before Madrid finally proposes to come directly to take care of the migrants in Lampedusa.

Passing arms between Italy and Spain

The fate of these migrants has turned to the battle between Madrid and Matteo Salvini, accused of wanting to profit politically from this affair in full political crisis in Rome, where the populist government, torpedoed by the boss of the extreme right party the League, ended up falling on Tuesday.

Consecrating once again Matteo Salvini, whose position she had accused of "shame for humanity", the Spanish Minister of Defense, Margarita Robles, ruled that "human lives do not matter".

"In the face of humanitarian urgency, no one can look away - we will not do it, unlike Salvini," she said.

"Firmness is the only way to prevent Italy from becoming again the refugee camp of Europe, as the Spanish NGO's boat of false sick and fake miners still demonstrates" has hammered for his part Matteo Salvini on Twitter. 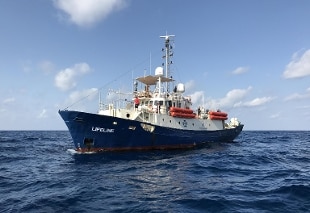 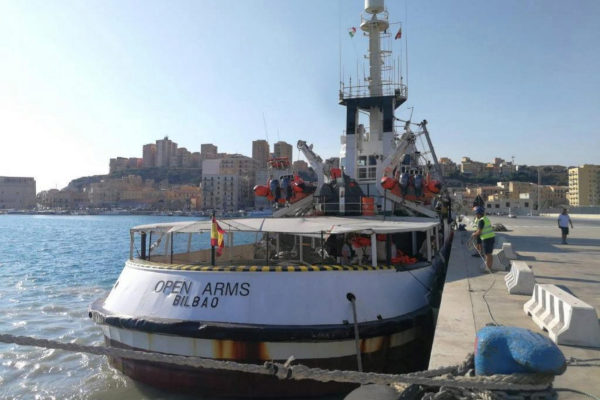 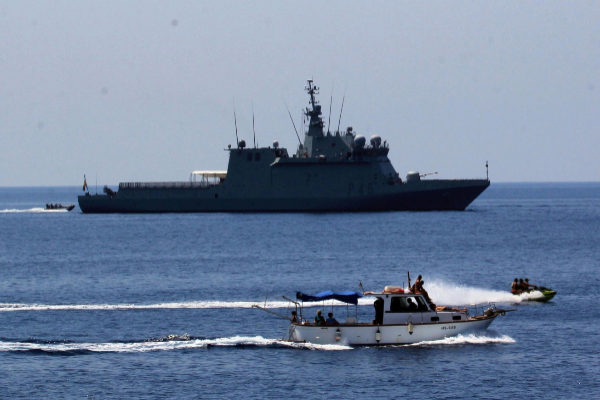 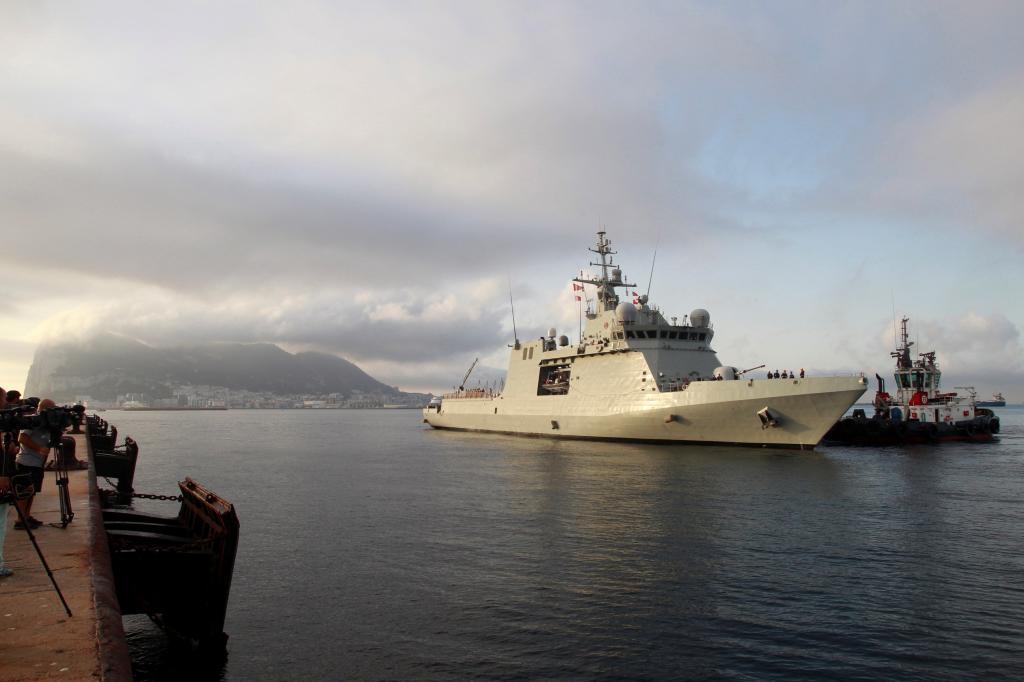 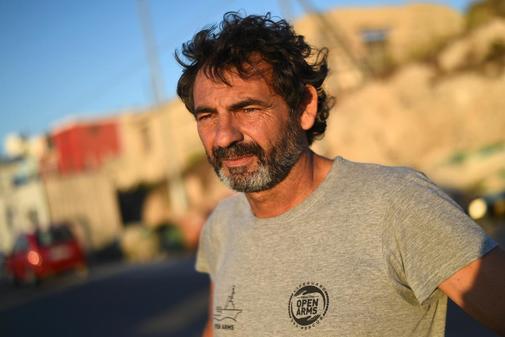 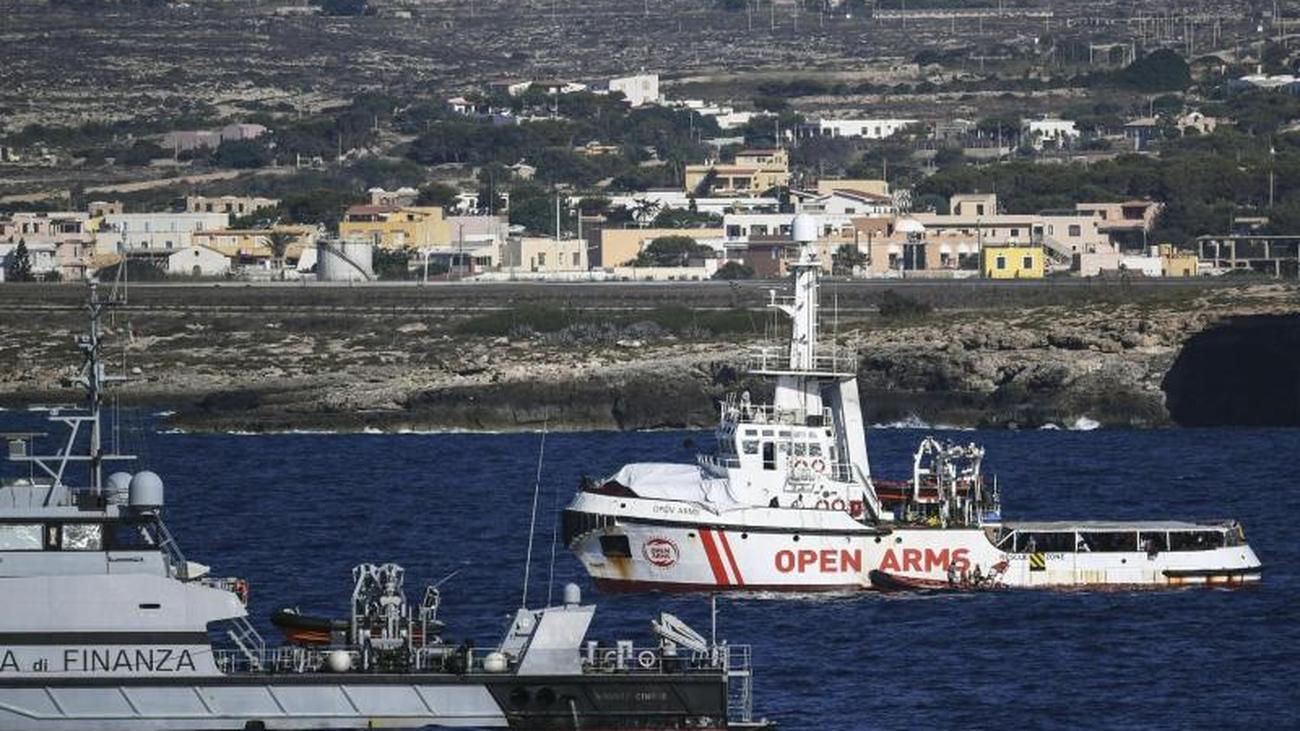 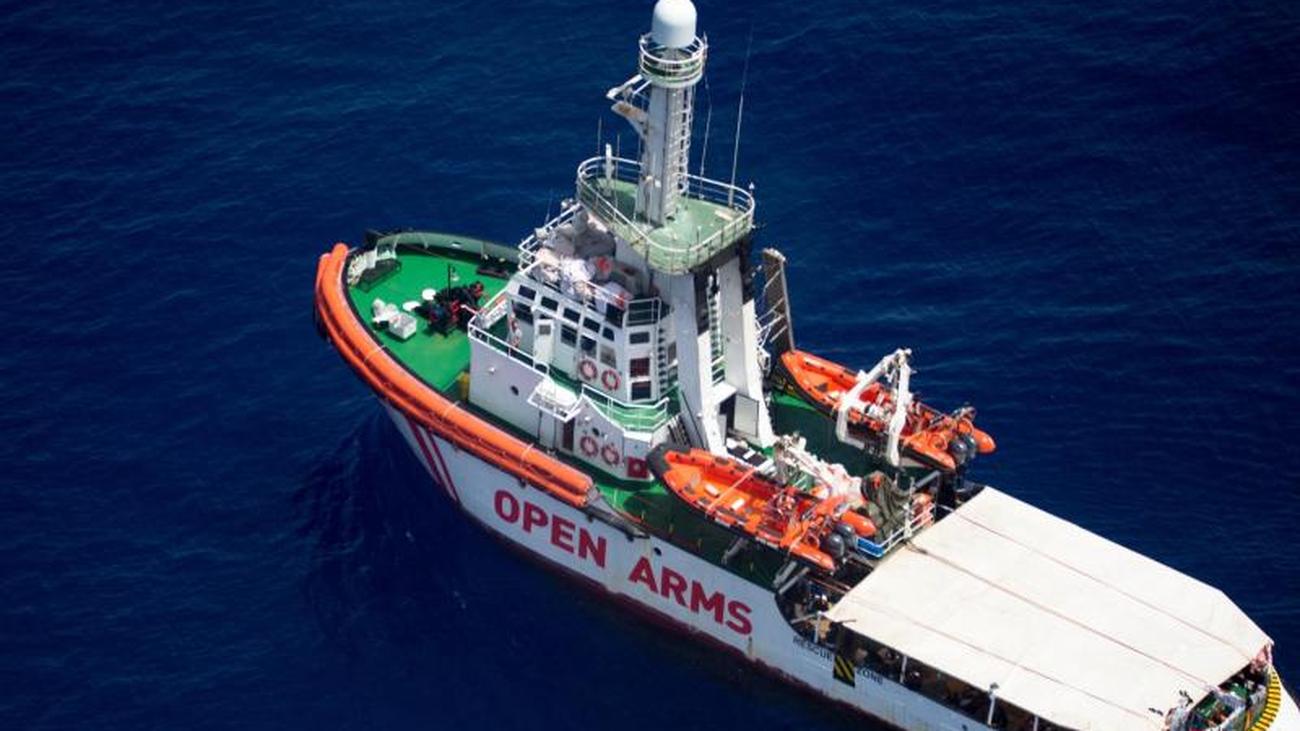 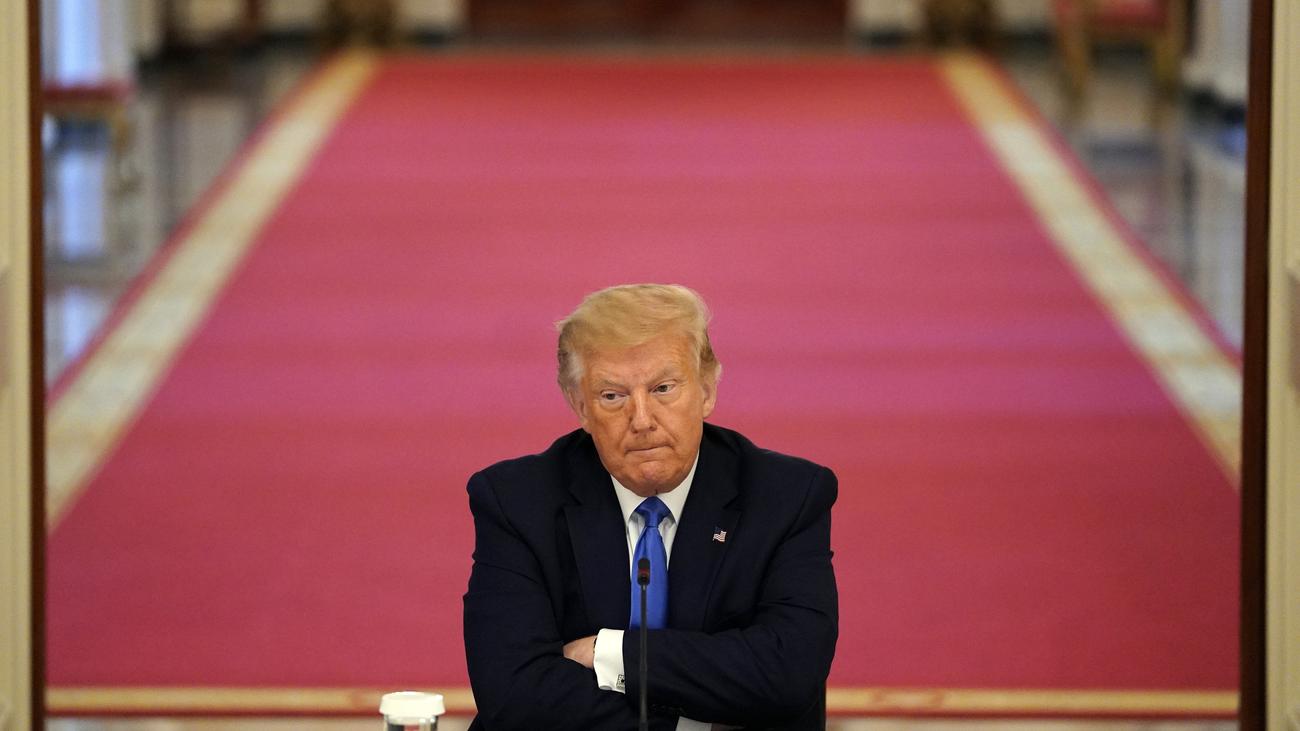 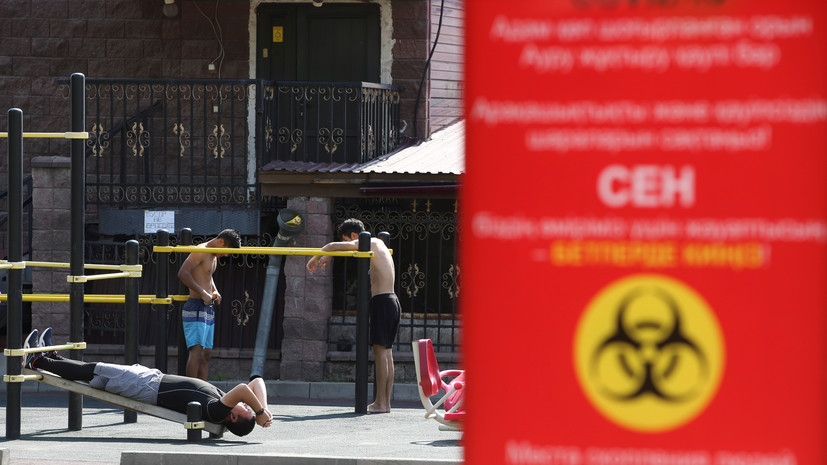 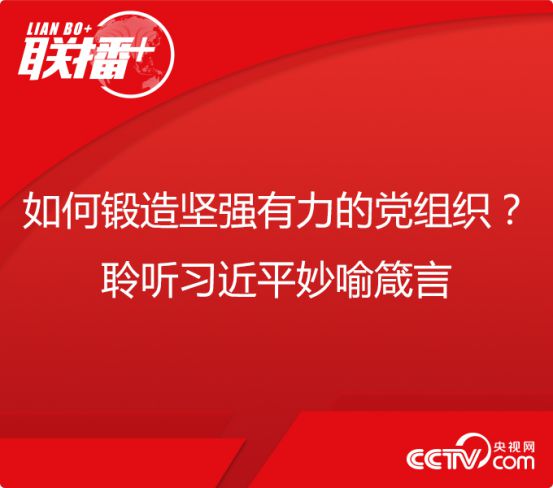 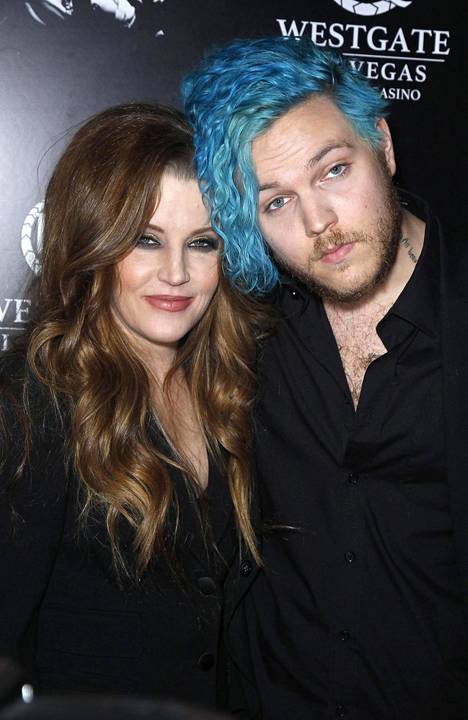