“One of the best patrol ships in the world”: what are the capabilities of the new generation Russian frigate

Until the end of the week, the frigate of project 22350 Admiral Kasatonov will launch sea trials in the Baltic Sea. This was reported in the Ministry of Defense of the Russian Federation. The ship is equipped with an economical engine, powerful missile weapons and modern air defense systems. The frigate is capable of performing a wide range of tasks in almost all areas of the oceans. In total, the Navy will include five ships of the project 22350, then, as experts expect, the construction of larger models will begin. The commissioning of new frigates will allow Russia to maintain and strengthen the status of an ocean power, analysts say.

The representative of the press service of the Ministry of Defense of the Russian Federation on the Navy, captain 1st rank Igor Dygalo told reporters about the imminent departure of the new generation frigate project 22350 Admiral Kasatonov to the Baltic Sea. The ship will have factory sea trials, and after their completion - state ones.

“Within a week, the newest frigate of project 22350 Admiral Kasatonov will be released to work out the final stage of factory sea trials in designated ranges of the Baltic Sea. The decision on the exit will be made after the final report to the Commander of the Russian Navy Admiral Nikolai Evmenov on the readiness of the crew of the frigate and the delivery team of the Severnaya Verf shipyard to complete the test program, ”said Dygalo.

Earlier, Admiral Kasatonov took part in the International Naval Salon (IMDS-2019) and the Main Naval Parade, which were held in St. Petersburg. The Russian President Vladimir Putin and Defense Minister Sergei Shoigu took part in the review of ships in the Neva.

Admiral Kasatonov was built at the Severnaya Verf shipyard (St. Petersburg). The developer of project 22350 is the Northern Design Bureau (SPKB). The lead frigate of project 22350 Admiral of the Fleet of the Soviet Union Gorshkov has been in the ranks of the Russian Navy since July 28, 2018.

Frigates are designed to perform a wide range of tasks in the far sea zone (DMZ). A complex of airborne weapons allows them to hit surface, underwater, air and ground targets. These ships can operate effectively as part of an aircraft carrier group, operational association, and alone.

The feed superstructure of the project frigates was made using composite materials - polyvinyl chloride and carbon fiber. This composition, coupled with the "smooth" architecture of the ship, can significantly reduce radar visibility.

“When designing the ship, elements of Stealth technology were widely introduced, which provided a reduction in the level of physical fields and, accordingly, the visibility of the ship in the corresponding ranges,” the SPKB materials said.

For the near borders of the air defense of the ship of project 22350, the latest anti-aircraft missile and artillery complex (ZRAK) 3M89 Palma (Broadsword) is responsible. The system includes two 30-mm AO-18KD automatic guns (1,500 rounds of ammunition) and eight Sosna-R guided missile containers. The maximum range of SPRAK is 10 km, height - 5 km.

According to RT at the International Naval Salon, the head of the department of external relations of JSC "Design Bureau of Precision Engineering named after A.E. Nudelman "(Moscow) Sergey Verba, the advantages of" Palms "are high noise immunity and excellent rate of fire (up to 10 thousand rounds per minute). The complex is capable of destroying any aerial target - low-flying aircraft, helicopters, drones, aerial bombs and cruise missiles.

In an interview with RT, the 1st-rank captain in reserve, Doctor of Military Sciences Konstantin Sivkov, stated that Project 22350 ships had high seaworthiness and were equipped with all the necessary weapons to carry out tasks in virtually any corner of the World Ocean.

“The project 22350 ship has an economical power plant, powerful guided missile weapons, and the latest high-performance air defense system. I think that in the class of frigates it is one of the best patrol ships in the world, ”Sivkov emphasized.

In line with global trends

To date, two ships of Project 22350, the Admiral Golovko and the Admiral of the Fleet of the Soviet Union Isakov, are under construction at the Severnaya Verf shipyard. It is assumed that they will replenish the Russian fleet in 2021 and 2022. In April 2019, in the presence of Russian President Vladimir Putin, two more frigates, Admiral Amelko and Admiral Chichagov, were laid at the Severnaya Verf shipyard. They will be surrendered to the Navy in 2024 and 2025.

In an interview with RT, the founder of the Military Russia portal Dmitry Kornev emphasized that the construction of Project 22350 ships would allow Russia to maintain and consolidate its status as an ocean power. According to him, the demand of the Navy in these frigates is extremely high and will only increase in the future.

“Project 22350 can be confidently assigned to the first rank. For the first time in post-Soviet history, we began to build ships of this class. These are modern multi-purpose ships. Their construction complies with previously approved doctrinal documents, according to which Russia should maintain a leading position in the oceans, ”said Kornev.

Project 22350 had a rather difficult start - the deadlines for the transfer of naval frigates were constantly shifted, including due to the ban imposed by Kiev on the supply of marine engines in the Russian Federation.

However, to date, all obstacles to the further implementation of the project have been removed. The domestic defense industry completed the development of all ship weapon systems and found a replacement for gas turbine units supplied by the Zorya-Mashproekt NPKG located in Nikolaev.

Since 2018, all engine components for project 22350 have been produced at the facilities of NPO Saturn (Rybinsk, Yaroslavl Region). In February 2019, the Severnaya Verf plant received the first domestic diesel-gas turbine units.

“The difficulties that Russian designers encountered, in my opinion, were related to the novelty of many solutions that are embodied in project 22350. But all this is behind. Frigates fully comply with global shipbuilding trends and have great modernization potential, ”said Kornev.

At present, SPKB specialists are developing a more advanced version of the Project 22350 ship. For the first time, the layout of the modernized vessel was presented at IMDS-2017.

It is assumed that the frigate will be larger than its predecessor. According to a TASS source in the military-industrial complex, the displacement of the updated frigate will be 7 thousand tons, and the ammunition load will be 48 cruise missiles. It is planned that the Navy will receive up to 12 ships of the project 23500M. The lead frigate will be built as part of the current state armament program, designed until 2027.

Dmitry Kornev believes that the upgraded patrol ship will receive a universal automated weapon control system and will approach combat destroyers or cruisers in terms of combat capabilities. The expert is also convinced that on the basis of technological solutions within the framework of project 22350, the Russian destroyer project 23560 Leader will be built.

“Project 22350 is the future of the Russian fleet. Frigates, including upgraded models, in the future will replace a significant part of the Soviet ships of the 1st rank. In addition, the experience of their development and operation will allow launching the construction of the Leader destroyers, without which Russia can not do without in the World Ocean, ”summed up Kornev.

“One of the best patrol ships in the world”: what are the capabilities of the new generation Russian frigate 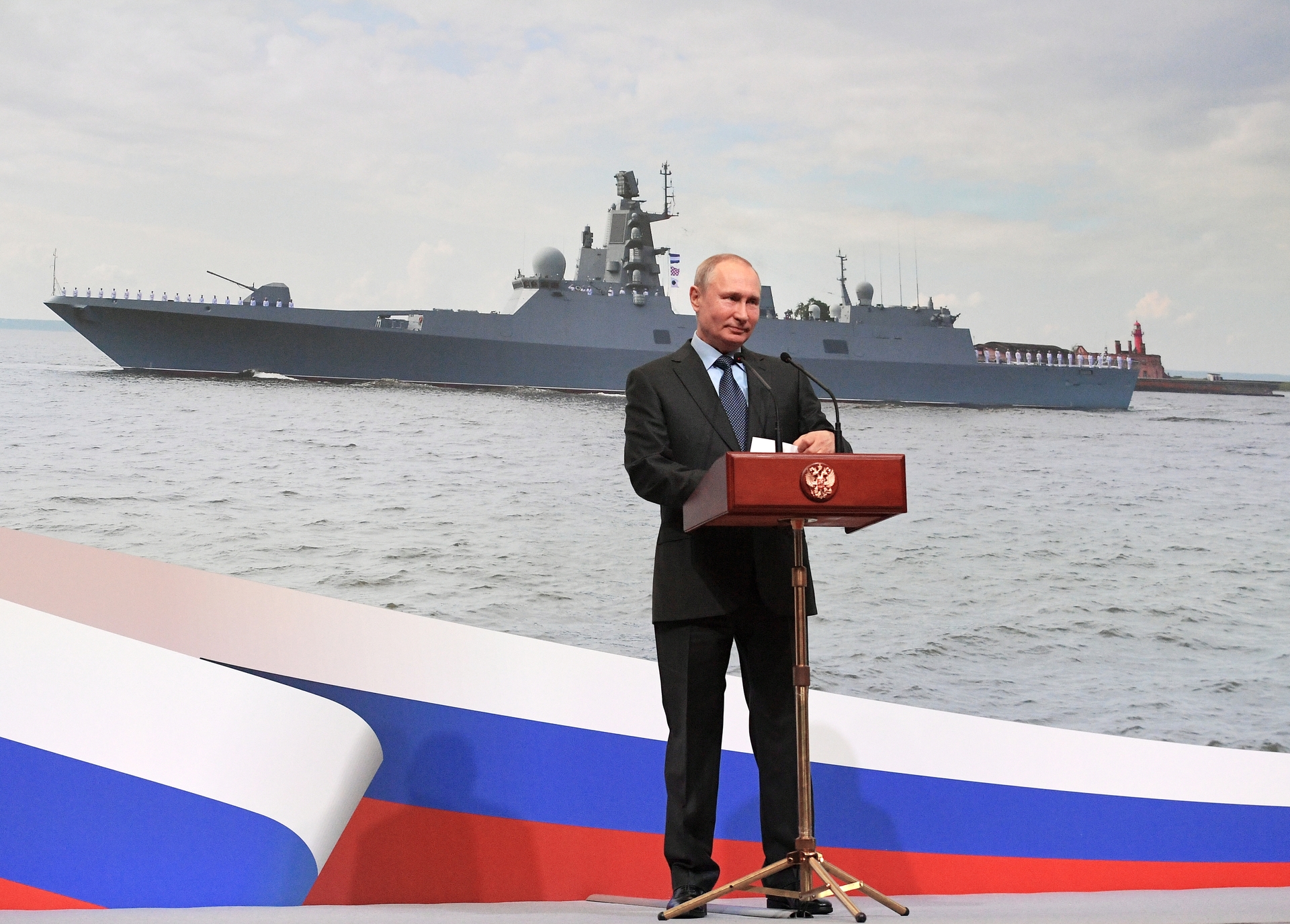 “Admirals” of the far sea zone: how the latest Russian patrol ships will expand the combat capabilities of the Navy 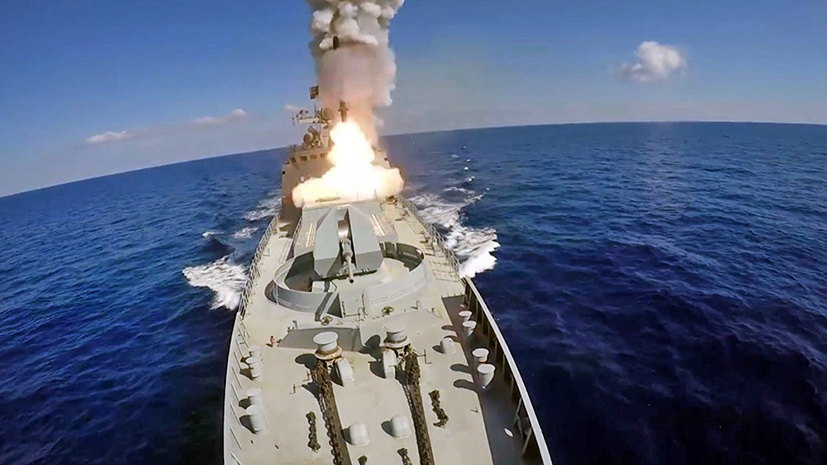 Large-scale potential: how large-capacity warships of a new generation will strengthen the Russian Navy 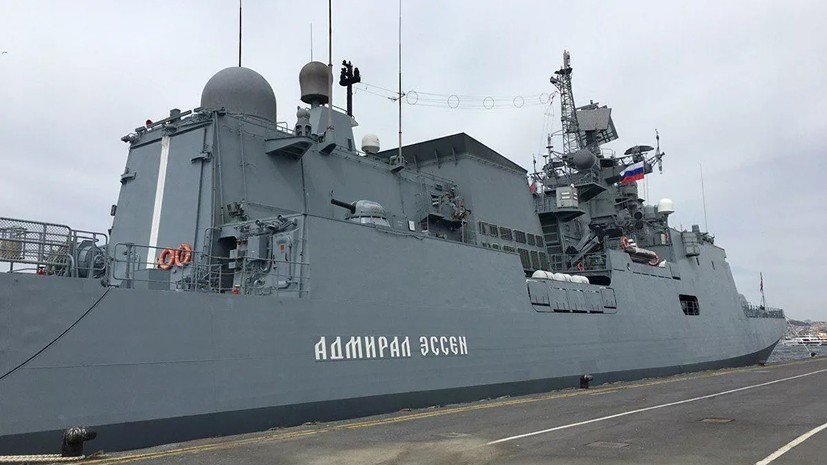 Frigate "Admiral Essen" makes the transition to the Mediterranean Sea 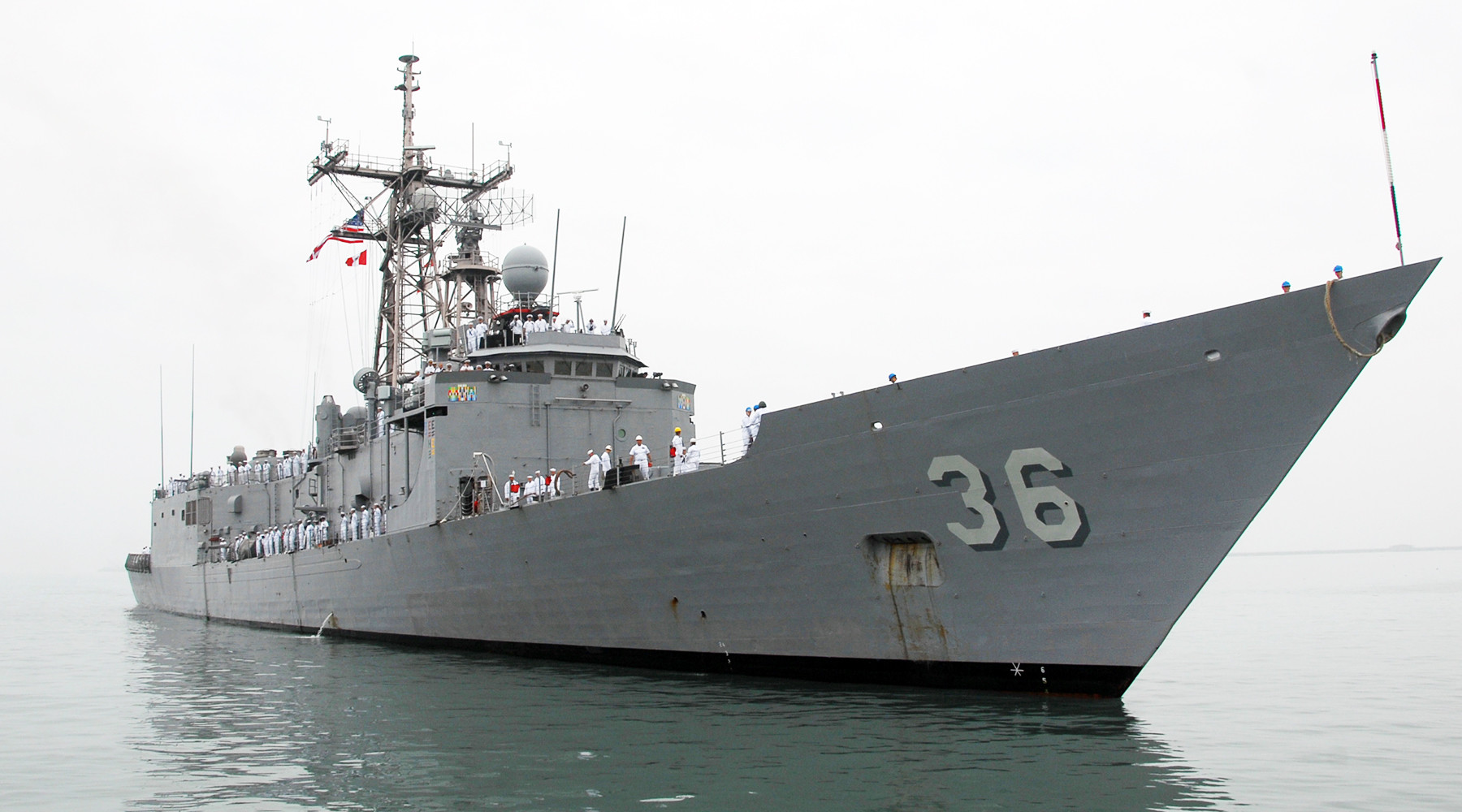 “Do not represent combat value”: what problems Ukraine faces in the construction of new ships 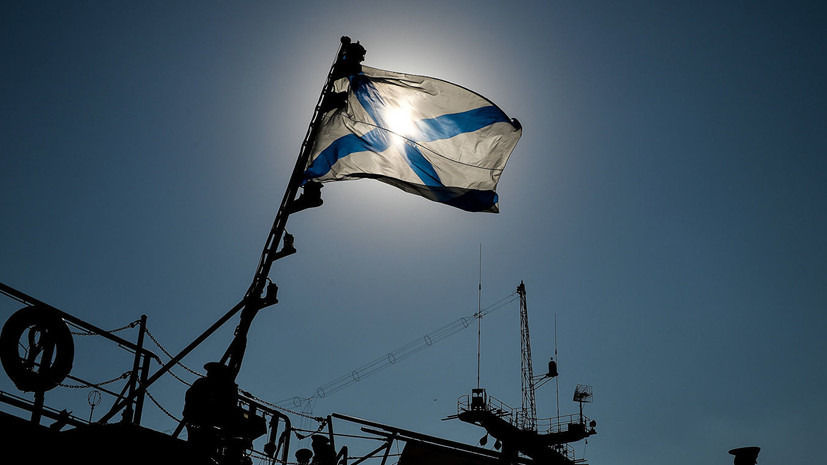 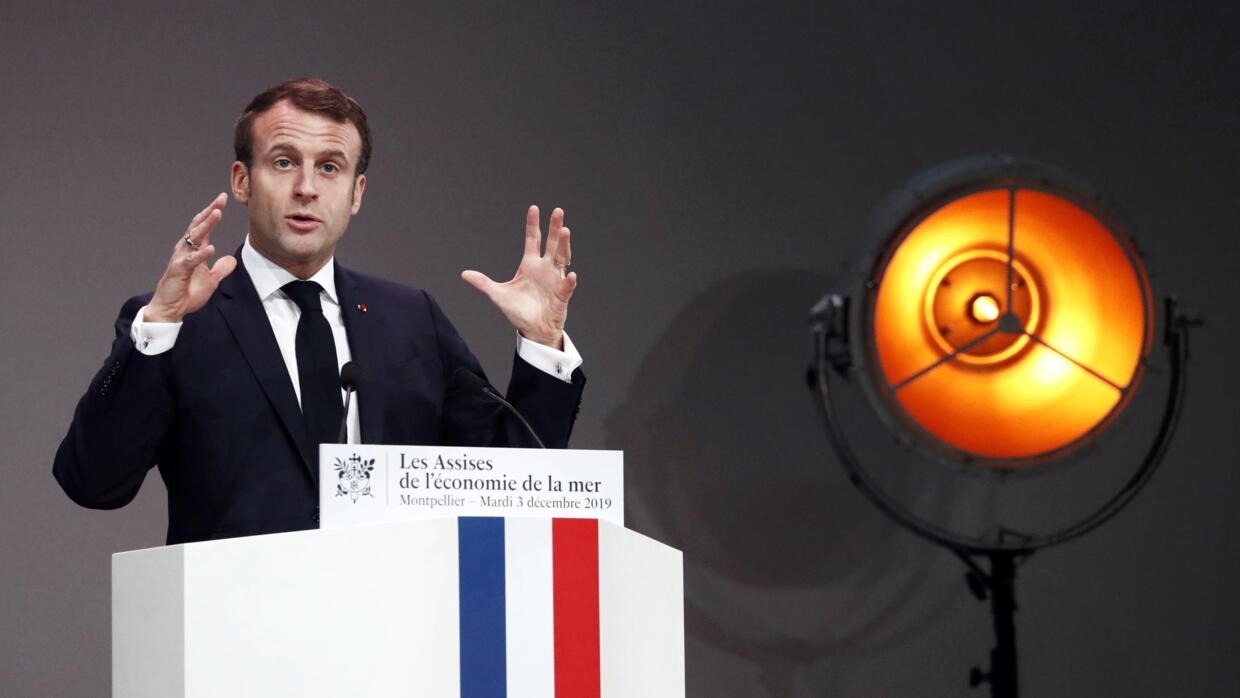 Macron strengthens the maritime fleet and claims leadership in the EU 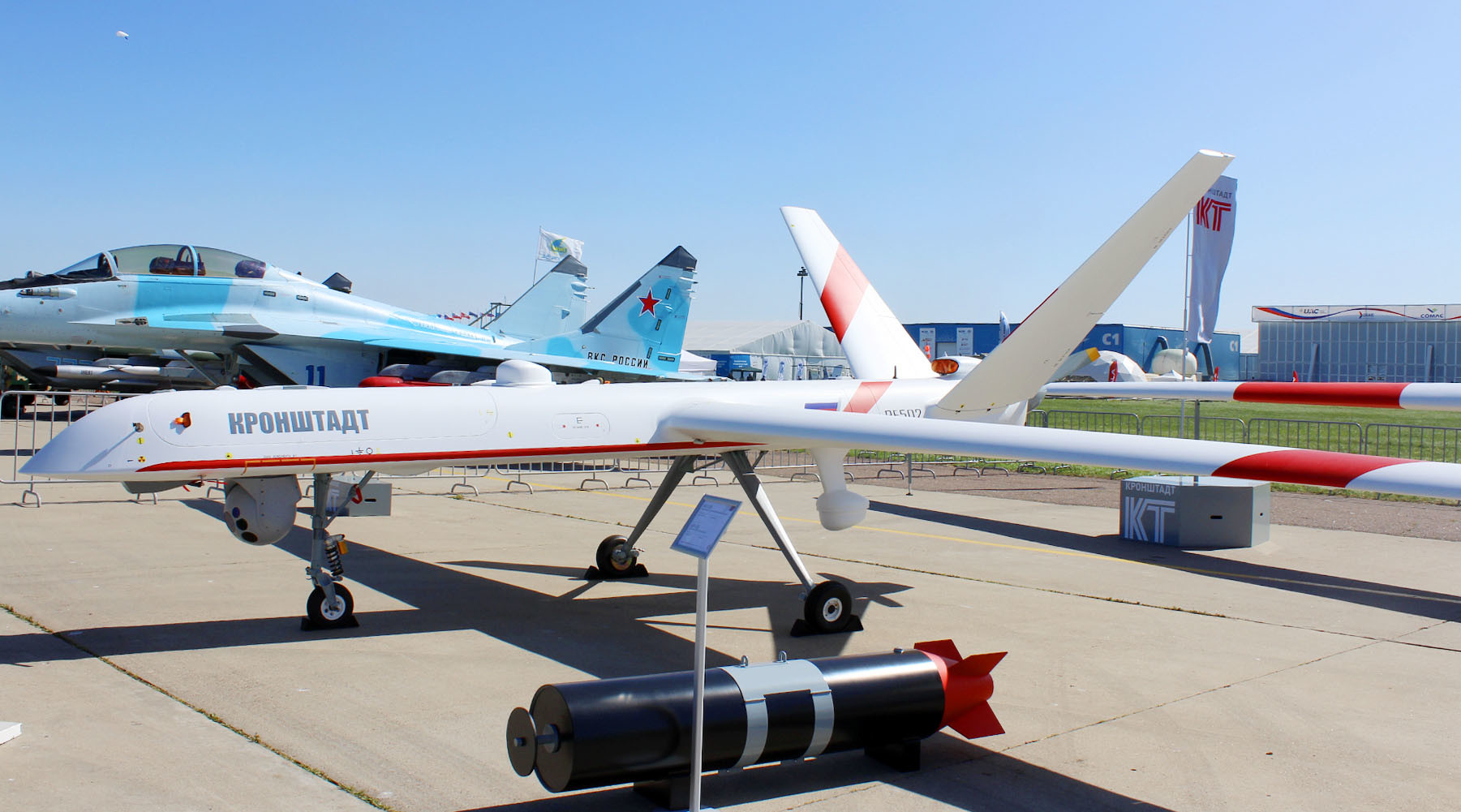 “Close strategic distances”: what are the capabilities of the new Russian heavy-class drones