Camila Cabello defends her cellulite: "It's normal, and fat too"

A few days ago, Camila Cabello (22) became news after some photographs came out that confirmed, even more, her engagement with the singer Shawn Me 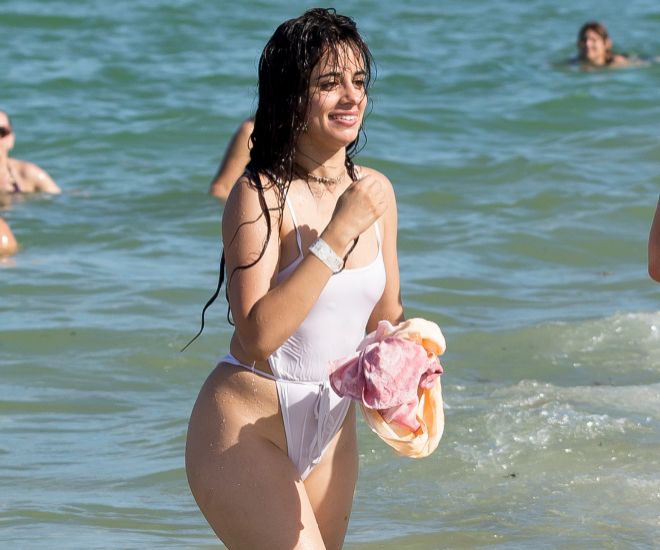 The singer has been criticized for some swimsuit photographs. She defends the real beauty

Are Camila Cabello and Shawn Mendes together?

A few days ago, Camila Cabello (22) became news after some photographs came out that confirmed, even more, her engagement with the singer Shawn Mendes (20). Snapshots that were taken on the beach and in which the couple wasted complicity and passion. However, it was not his kisses that some people noticed, but in the physicist of the author of Havana , who began receiving numerous comments that criticized cellulite.

Although at the beginning the artist chose to remain silent, in the end she could not do more and has answered all these haters without hairs, becoming the heroine of many women who, like her, have a real figure. "Honestly, the first thing I felt was a brutal insecurity when I imagined what it would look like in those photos. Oh, no, my cellulite! I didn't get a gut! But then I realized the reality ... Of course there are photographs in which I go wrong because my body is not made of stone. In fact, it is not all muscle, "begins the young woman, 22 years old.

Part of what Camila Cabello has posted on Instagram

"I am writing this for girls like my little sister, who is growing up in a digital society. They constantly see retouched and edited images and think they are real. Everyone has become accustomed to seeing perfect bodies, perfect skin and they think it's like you have to be. Well, it isn't. It's all false. And the false thing is becoming the new reality! "

"We have a completely unrealistic perception of what a woman's body looks like. Girls, cellulite is normal. Fat is normal. It's beautiful and it's natural. I don't think I believe all those crap that try to sell us. Not anymore. And I hope that neither do you , " says Camila Cabello, who has become a hero for many women who, like her, want to normalize the body as it is.