Warplanes and Trump's offer of help: how to fight forest fires in Siberia

US President Donald Trump offered help to Russia in extinguishing fires. He stated this in a telephone conversation with Russian President Vladimir Putin. The Russian leader thanked Trump for his willingness to provide support, but noted that a powerful air group had already been established in Siberia to fight fires. Thus, the Il-76 military aircraft arrived in Krasnoyarsk, and the Be-200 amphibious aircraft arrived in Priangarya. 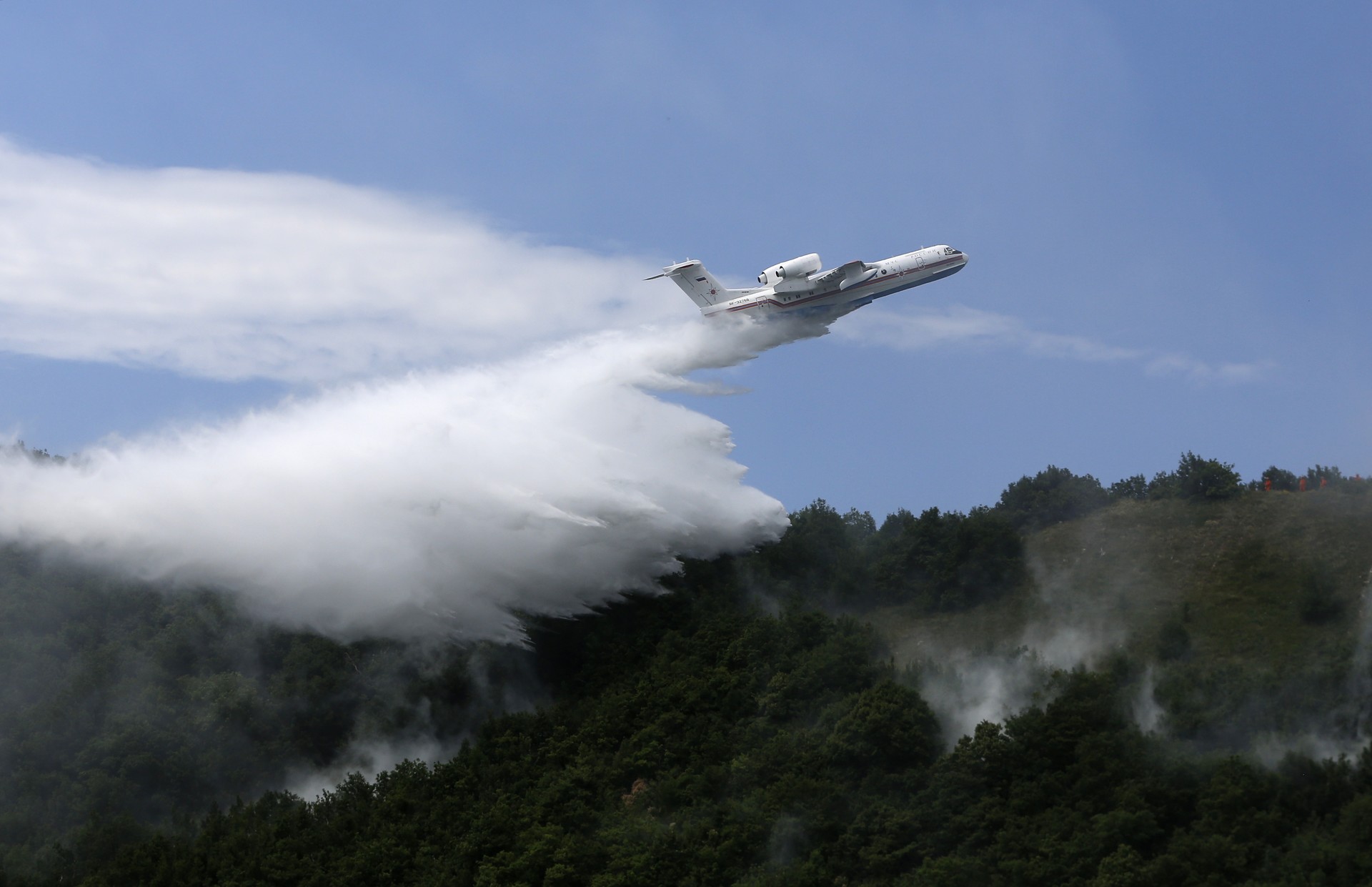 The United States offered Russia its assistance in extinguishing forest fires in Siberia. This topic was raised in a telephone conversation between heads of state Donald Trump and Vladimir Putin, the Kremlin press service reported.

“The President of Russia expressed sincere gratitude for such attentive attitude and offer of help and support. Vladimir Putin replied that the Russian side would use it if necessary, ”the statement reads.

At the same time, the Russian leader noted that additional forces and means had already been sent to the region to eliminate fires.

“Vladimir Putin informed his American counterpart that a powerful air group had already been established in Siberia to fight fires,” the press service added.

Earlier, on July 31, the Russian president instructed the Ministry of Defense to connect to extinguishing fires in Siberia. In accordance with his order, military aircraft Il-76 had already arrived in Krasnoyarsk.

“The first two IL-76s flew out to put out the fires. They went to the Evenki district, which is located 507 kilometers northeast of Krasnoyarsk, ”the defense ministry said.

It is noted that crews from the Tver, Rostov, Bryansk, Ivanovo, Orenburg, Pskov and Ulyanovsk regions arrived in the city. Also Mi-8 helicopters will be sent to Krasnoyarsk.

“In total, flights from 800 to 2,300 kilometers from the Novosibirsk, Sverdlovsk and Chelyabinsk regions to the task location will be performed by crews of 10 Mi-8 helicopters equipped with spillway devices,” the ministry said.

The Defense Ministry stressed that all the involved crews of airplanes and helicopters have special training and have repeatedly participated in extinguishing wildfires in different regions of Russia.

“Fire centers will be extinguished simultaneously by four or five aircraft. They will go one after the other. Only in this way can the fire be extinguished, ”he specified.

Wave of fire and smoke

In the Irkutsk region, where more than 720 thousand hectares are burning, they also sent additional aircraft. In particular, the crews of amphibious aircraft Be-200 EMERCOM of Russia are involved in the fire fighting.

“We have relocated aircraft of the Ministry of Defense and the Ministry of Emergency Situations. Yesterday, one Be-200 aircraft was relocated to Irkutsk, today it is working to extinguish fires in the forests of the national park. Tomorrow we are expecting another Be-200 in Irkutsk, it will work in tandem with the already arrived board. Today we expect the arrival of five IL-76s, they will be based in Bratsk, tomorrow they will start work. This is the Ministry of Defense aircraft. In addition, four will be based in Ust-Kut, and three Mi-8 helicopters in Kirensk, ”said Vasily Razumnov, deputy head of the regional emergency committee.

According to him, the priority for the actions of aviation will be those fire zones, the smoke from which goes to settlements. In the smoke zone now there are 28 districts of the region. But the most difficult situation develops in the Kirensk region and in the city of Kirensk. There are exceeded the maximum permissible concentrations of harmful substances in the air.

Meanwhile, during the day, firefighters managed to eliminate three fires on 133 hectares. Also managed to localize six fires with a total area of ​​7250 hectares.

“Three such outbreaks are located in the Kirensky district, one each in Zhigalovsky, Ust-Kutsky and Kazachinsko-Lensky. Another fire was localized in the Kachug district on the lands of the FGBU “Zapovednoye Pribaikalye”, its area is 0.7 hectares, ”the website of the regional government reported.

To extinguish fires in the Irkutsk region are going to attract and nature. According to the deputy head of the regional Ministry of Forestry, Mikhail Karnaukhov, an An-26 probe aircraft was sent to areas of fires for artificially causing precipitation.

Strengthening groups to combat fires in Buryatia. The day before, on July 31, the regional government reported that more than 100 paratroopers would be transferred to the north of the republic, where fires are raging.

“The most difficult situation is in the north of the republic, mainly in inaccessible areas. The use of heavy machinery is impossible there, forest fires are manually extinguished. The decision was made to regroup - over 100 paratroopers are transferred from other areas to the service area of ​​the Severobaikalsky District, ”said a statement from the press service of local authorities.

At the moment, 25 forest fires with an area of ​​almost 42 thousand hectares are in operation in Buryatia. In total, a territory of 2.7 million hectares is engulfed in fire, which is 12% more than last year. According to the FBU "Avialesookhrana", for a day, managed to cope with 29 forest fires on an area of ​​404 hectares. At the same time, the state of emergency continues to operate in four regions of the Russian Federation.

Prime Minister Dmitry Medvedev instructed the Emergencies Ministry, the Ministry of Natural Resources and regional authorities of Siberia and the Far East to develop proposals for the creation of a specialized forest fire center by August 30. He also set to the Prosecutor General’s Office, the Investigative Committee and the Ministry of Internal Affairs the task “to carry out checks to identify the intentional creation of forest fires as a way to conceal illegal logging”.

In addition, the Ministry of Environment should develop proposals for improving the regulatory framework for forest protection issues, including the establishment of forest fire control zones.