Lyme disease: the Pentagon summoned to explain a theory of conspiracy

The House of Representatives passed an amendment forcing the Pentagon to investigate a theory of conspiracy that the rise of Lyme disease in the United States is due to a scientific experiment in the military that went wrong. 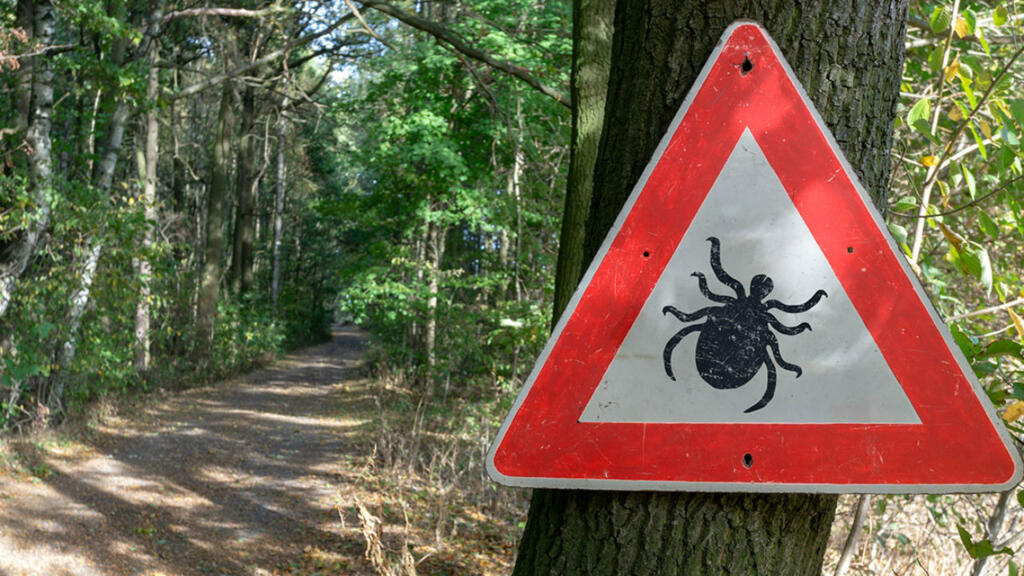 What if there was a problem with the ticks that cause Lyme disease? This is what the US House of Representatives wants to know, which last week adopted an amendment seemingly straight out of a conspiracy theory, reported various US media Tuesday, July 16.

The text instructs the Inspector General of the Department of Defense to conduct an investigation to determine whether the Pentagon "militarized" these insects between the years 1950 and 1975, to use them as weapons capable of spreading Lyme disease among the enemy troops. A serious infection that causes disorders such as chronic fatigue, fevers, short-term memory loss or joint pain.

The amendment was tabled by New Jersey Republican Representative Chris Smith, who claims to have been inspired "by many books and articles suggesting that the US military had done extensive research to turn ticks into biological weapons. ".

A controversial book, published May 16, revived the interest for an old thesis arguing that medically modified ticks were released, in the 1960s, accidentally or voluntarily by the US military on the soil of the United States, where they spread Lyme disease. The author of "Bite: The Secret History of Lyme Disease and Biological Weapons" adds her stone to the conspiracy building, claiming to have obtained the confession of William Burgdorfer, the scientist who discovered the link between ticks and in 1982. The latter, who died in 2014, reportedly acknowledged that the author had personally worked to boost insects with diseases transmissible to humans and had evidence that infected ticks had been introduced by mistake into residential areas. From there, the book then tells how the US authorities have done everything to hide the truth about a disease that affects about 300,000 Americans each year.

This conspiracy theory of concealing a Pentagon blunder dates back to the 2004 release of another book called "Lab 257: The Confusing History of the Government's Secret Laboratory on Plum Island". The author, an American business lawyer, narrates the true story of a research center on Plum Island, off Connecticut, where the Army was conducting research on diseases affecting cattle herds. animals. But the book goes much further, arguing that a Nazi scientist, exfiltrated by the United States after the Second World War, would have worked to inoculate diseases transmissible to humans to ticks that would have managed to reach the US coast . Ultimate proof: Lyme - the historic home of the eponymous disease in the United States - is in Connecticut a few miles from Plum Island.

In the top 10 diseases in the United States

The theses of this book have been challenged many times by the American authorities, and the author himself admitted to having no direct evidence, but the theory has nonetheless managed to spread on the very accommodating highways modern information. And it will have been enough of a second book, itself already contested, for the idea to cross the doors of the American Congress.

A success for a conspiracy theory that can surprise. But Lyme disease has become one of the fastest-spreading infections in the US, says the Center for Disease Control, which ranks it among the top 10 diseases. to watch on American soil. More than 10 million dollars are invested every year by the public authorities to support the research and the development of treatments of this disease which causes strong chronic fatigues, memory loss or fevers. Chris Smith, the author of the House of Representatives amendment, is also a member of a very formal congressional working group on Lyme disease.

The adoption by the House of Representatives of the text does not mean that the Pentagon will find itself overnight obliged to a mea culpa, which the plotters hope to obtain. The Senate, in turn, must approve this request to the Department of Defense. But this trajectory shows how, at the time of "fake news" and the triumphant conspiracy Web, a thesis without a real scientific base can obtain political recognition.