The animal welfare association L214 broadcast Wednesday a video shot in two farms DUC to denounce the living conditions of the 120,000 broilers found there. 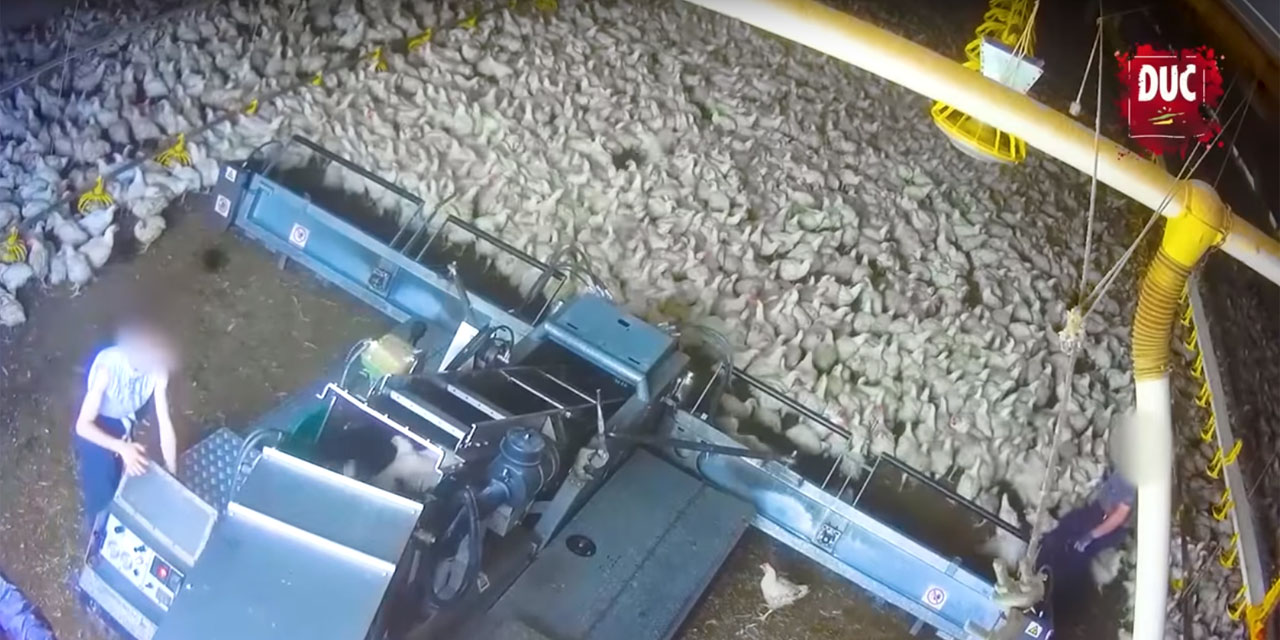 The animal welfare association L214 broadcast Wednesday a video shot in two farms DUC to denounce the living conditions of the 120,000 broilers found there.

While animal welfare is of increasing concern to consumers, the L214 association broadcasts a new video filmed on two farms of the DUC company on Wednesday to denounce the living conditions of birds.

The images were captured last April in a farm in the Aube and another in the Yonne housing respectively 40,000 and 80,000 chickens, according to L214. They show birds piled up in blind warehouses. Animals, genetically selected to grow faster - they are chickens for consumption - are hampered by their own weight, according to the association. They can not reach the trough. Some have wounds, others have crooked legs. More or less recent corpses also litter the ground.

>> The following images may shock:

Animals picked up by a machine

One of the videos shows a "pickup" of birds with a machine presented as a reaper. Thus recovered the chickens are penned up in plastic crates, one on the other, before being transported in trucks towards the slaughterhouse. According to L214, these two farms kill more than 500,000 birds a week. DUC, which belongs to one of the main players in the European poultry market, did not wish to comment on the images on Libération's request.