Nicolas Maduro has more than doubled the Venezuelan minimum wage, bringing it to about $ 8 a month. According to one NGO, this only covers one-tenth of the cost of basic food. &amp; Nbsp; 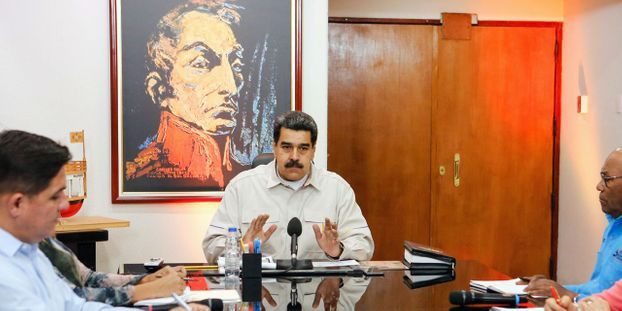 Nicolas Maduro has more than doubled the Venezuelan minimum wage, bringing it to about $ 8 a month. According to one NGO, this barely covers one-tenth of the cost of basic food.

Venezuelan President Nicolas Maduro has more than doubled the minimum wage, bringing it to the equivalent of about $ 8 a month, against a backdrop of hyperinflation and a sharp devaluation of the bolivar, according to a decree released Friday.

The basic salary went from 18,000 bolivars ($ 3.46 at the official exchange rate) to 40,000 bolivars ($ 7.69), according to the decree published in the official journal. This increase applies retroactively to April 16. Nicolas Maduro also relaunched the payment of a food voucher of 25,000 bolivars ($ 4.80). The Venezuelan president usually announces wage increases on national radio and television channels. This time, his administration did it by decree.

This new minimum income covers barely a tenth of the cost of the basic food basket, according to the NGO Cenda, which measures the cost of living. It only allows you to buy about four kilograms of beef. Venezuela is going through an unprecedented economic crisis. In particular, there are serious shortages of medicines and basic necessities. The International Monetary Fund (IMF) predicts this year a hyperinflation of 10,000,000%.
This is the second salary increase decreed by Maduro this year.

In 2018, the Socialist President ordered six wage increases, without allowing Venezuelans to recover their purchasing power. In August, it launched a reform program aimed at curbing the crisis and announced a 96% devaluation. The national currency has since lost another 98.8%. The entry into force, from Sunday, of the American embargo on Venezuelan oil risks aggravating the economic crisis.
According to Nicolas Maduro, the economic sanctions have already caused 30 billion dollars of damage to the economy that derives 96% of its oil revenues.

This US oil embargo is intended to increase pressure on President Maduro. The United States and more than fifty countries have recognized the Venezuelan opponent and President of the National Assembly Juan Guaido as interim president of Venezuela.