«Settlement of disputes» completed 366 cases worth 8.2 billion dirhams in 2018

The Department of Expertise and Settlement of Disputes in the Office of His Highness the Ruler of Dubai has completed 366 cases referred to it by judicial authorities in the Emirate during the past year, which varied between real estate, commercial, inheritance, inheritance, civil and labor issues, settlement of disputes, embezzlement, 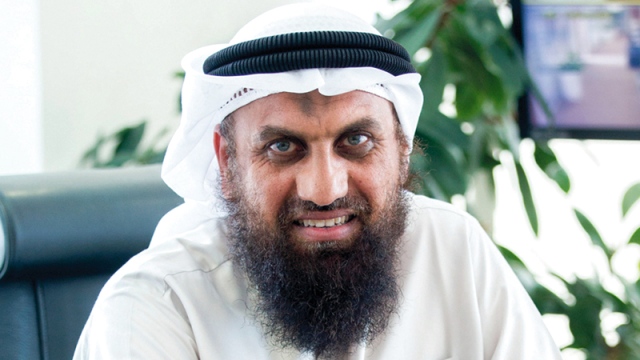 The Department of Expertise and Dispute Resolution in the Office of His Highness the Ruler of Dubai has completed 366 cases referred to it by judicial authorities in the Emirate over the past year. It has diversified between real estate, commercial, inheritance, inheritance, civil and labor issues, settlement of disputes, embezzlement, Ranging between 500 thousand and 9.7 billion dirhams, and the total financial claims for the issues completed about 8.2 billion dirhams, according to the director of management Hashim Salem Al-Qaiwani.

Al-Qaiwani told Emirates Al-Youm that during its annual plan for the year last year, the Department completed 408 cases referred to it by the judicial authorities, amounting to 125.54%, of which 42 cases are from 2017.

He explained that the average duration of the completion of one case about three months, pointing out that the completion rate of cases in 2016 amounted to 111.11% of the cases transmitted, and reached 115.38% in 2017.

Al-Qaiwani said that the Department is currently considering issues of interest to the public whose claims exceed the value of billions of Dirhams.

It is noteworthy that the number of cases received to manage the experience and settle disputes in His Highness the Ruler of Dubai from 2004 to 2018 amounted to 4060, of which 3924 were completed, and 136 cases are under study. Al-Qaiwani said that the duties and responsibilities of the administration are to consider and express opinion in court cases that require expert opinion, complaints and cases referred by the Public Prosecution, the Dispute Resolution Committee, and cases and disputes referred by the Director General of the Ruler's Court. Resolve the dispute through friendly settlements, or express opinion and advice thereon.

He explained that the work of the administration contributes to the achievement of justice, which is reflected in the dissemination of trust and credibility in the judiciary, and contributes to the establishment of uniform standards to organize the work of expertise that serve as a reference to work in the houses of expertise and internal and external, The judiciary to speed the issuance of judicial decisions to avoid the accumulation of cases and delay the separation, which contributes to creating a good investment environment and attracting capital.

The Director of the Department of Expertise and Dispute Resolution at the Office of His Highness the Ruler of Dubai, Hashim Salim Al-Qaiwani, said that the Department organized a training course for its experts, specialists and specialists in the same field from other local and federal departments on banking transactions, lending and money markets. From the American Institute of Management, Minnesota, David Ardenet.

The two-day course included the latest developments, standards and competitive performance of the global banking and financial markets, with case study, teamwork and interactive discussions, focusing on developments in the financial industry and markets. It also addressed organizational strategy, capital market products and market developments, as well as risks and opportunities for practice. Business in the current financial markets, and to identify the challenges posed by both regulators and market participants.