The best portable consoles for less than 400 euros

The last decade seems to be dominated by the Nintendo Switch console, which two years ago was updated with a POLED screen, however, different brands have launched to... 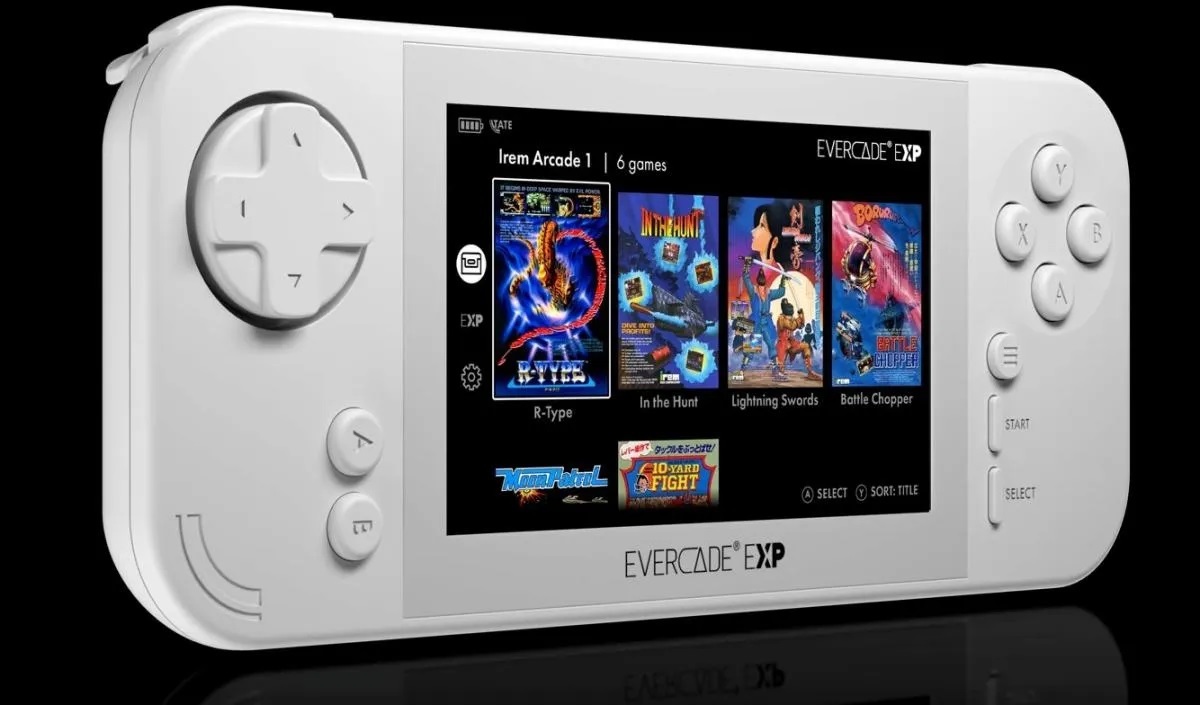 The last decade seems to be dominated by the

console , which two years ago was updated with a POLED screen, however, different brands have launched their own portable console.

Some focused on providing the best graphics and others looking towards the old arcade consoles and retro video games, which are in more demand every day and whose prices do not stop rising.

After a few years of reign by

and the subsequent crash with the

console , it seems that a new portable golden age is beginning.

The needs of the players have changed, portability is sought, but many only seek its use at home, replacing the use of the mobile to play and being able to enjoy a moment of leisure in any corner or sofa in the house.

It must be recognized that one of its biggest attractions is its price, 124.90 euros, the next is nostalgia.

Nostalgia sells, it sells above all video games and the complete catalog that

includes makes it especially attractive for all those who enjoyed titles like Mega Man X or Street Fighter II: Hyper Fighting.

It is also the perfect excuse to share your passion for arcade games with your son or nephew, for just over a hundred euros.

It has WiFi, a 4.3-inch 800 x 480p IPS screen with excellent definition and visibility from any angle, and it is also compatible with

titles , also allowing it to be used vertically thanks to the TATE button, all design genius.

It includes a collection of 18 classic Capcom video games, a catalog that can be expanded thanks to various cartridges, whose price is around 20 euros, reaching almost 400 titles.

was updated with a version with an OLED screen and a few more extras such as the integration of a LAN port in the dock.

At the design level, it has a screen that expands up to 7 inches and an HD resolution, that is, 1,280 x 720 pixels, compared to the previous console.

An improvement that has not required increasing the size of the console, only that the front is better used.

The console has an extensive Nintendo catalog with well-known games such as Super Mario Odyssey, Mario Kart 8 Deluxe and The Legend of Zelda: Breath of The Wild.

Under the hood it retains several specifications, such as the CPU, RAM memory and the 4,310 mAh battery, which can give itself up to nine hours of playing time.

Its price is still quite tight, taking into account that it is an update of the original console, with 343 euros.

This console is quite a rarity, but its minimalist design and its curious mechanical crank mechanics have attracted the attention of thousands of players.

fits in one hand and is reminiscent of the

that has resurfaced with the Tamagotchi.

Manufactured by Panic, creators of the Untitled Goose Game, it includes 24 games, although this catalog can be expanded with seasonal games and others available in its own market.

In fact, the console itself notifies by means of a notification LED when one of these games is available for download.

It is a well finished device whose catalog includes different games, yes, the screen is black and white, something that is not suitable for all tastes.

In addition, the possibility of interacting with the games with a physical element such as the lever makes it original and quite attractive also for the younger public.

Designed for indie developers, the

company provides the necessary tools to develop a game for Playdate for free.

In standby mode, the console promises 14 days of autonomy, while gaming would easily exceed seven hours.

The video game company Valve has also been encouraged to launch its own portable console,

, a monster in this type of device.

Its catalogue, your Steam library, a games market with more than 40,000 titles.

Regarding the available catalog, this device has no comparison.

Its specifications allow it to run most of the triple AAA games on the market and its design is very reminiscent of the Nintendo Switch, making it quite familiar.

The basic model of Steam Deck, which has 64GB of SSD storage, is the cheapest version and its price is around 400 euros.

Don't worry about storage as it is expandable with a microSD card.

One of its big drawbacks is the battery, which lasts about three hours of play, since it is capable of running games like Cyberpunk 2077 or The Witcher 3: Wild Hunt, on its 7-inch screen, with a total size of 298 mm x 117 mm x 49 mm and a weight of 669 grams.

As if that were not enough, its

system, its own Linux-based operating system, allows this console to have a desktop mode with which to use it as another laptop.

It can run office programs without problems and as for gaming platforms, it is compatible with practically all services, from Xbox, Epic, Steam or Sony.

, a machine whose performance brings it closer to other mini master race devices such as the Steam Deck.

Unlike other consoles, this one runs on Android 11 and allows access to cloud gaming services like Xbox Cloud Gaming or Nvidia GeForce Now, without having to rely on a TV or computer.

A feature that allows you to enjoy authentic graphics and games such as A Plague Tale: Requiem, 7 Days to Die, Amnesia saga, Among Us, As Dusk Falls, various titles from the Assassin's Creed saga, Back 4 Blood, Battlefield saga, Doom , Dead Space, Dragon Age or Fallout, Fortnite, Apex Legends, Grnshin Impact, Rocket League or Counter-Strike among others.

Likewise, it integrates a 7-inch Full HD 1080p touch screen surrounded by buttons, just like a traditional controller, a battery of more than 12 hours of play.

Its weight is light and it has 64 GB of storage.

In this 2023, which seems to be the year of portable consoles, the

will arrive , the commitment of the Razer brand to compete with the Nintendo Switch and with the rest of the devices that are available on the market.

Unlike a Steam Deck, its architecture is designed to run games in the cloud, as if it were a smartphone, something that allows you to adjust its price up to 385 euros.

Among the services that it will have available are

and other cloud gaming platforms and it will have two versions, WiFi and 5G.

It has a 6.8 AMOLED touch screen with FullHD resolution and 144 Hz refresh rate and will feature games from cloud systems such as Alien: Isolation, Deathloop, For Honor: Marching Fire Edition, Gears of War, Goat Simulator , Immortality, Marvel's Avengers, Marvel's Guardians of the Galaxy or No Man's Sky.