Tech 24 - The return of Minitel, the French invention that caused France to miss the Internet

A trio of enthusiasts decided to revive the Minitel by connecting it to Wi-Fi, allowing access to an updated version of the services that appeared in French homes some forty years ago... 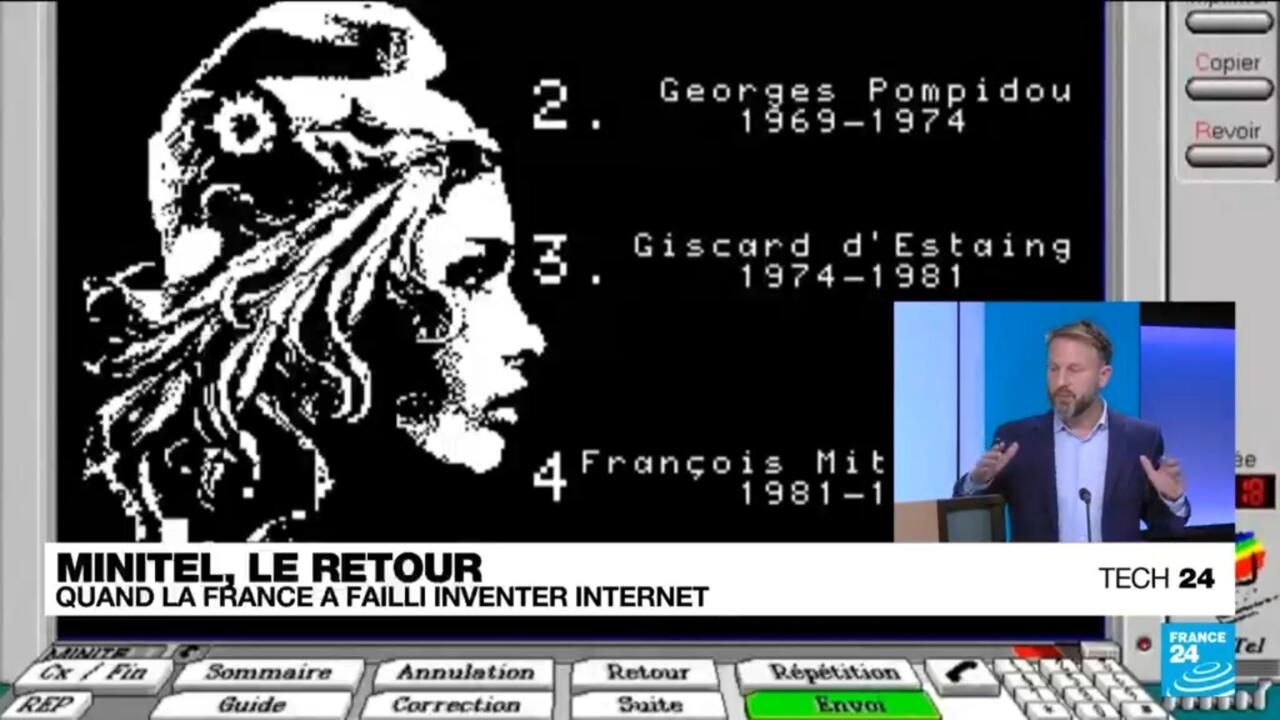 Yes, it is possible to give a second life to your good old Minitel.

Cécile Adam and Pascale Moise, two telematics enthusiasts, accompanied by the engineer Olivier Mével – who has already revived another French invention, the Nabaztag communicating rabbit –, have developed MiniMit, a device that allows the box to be connected to the Wireless.

Once connected, the Minitel gives you access to an updated version of the Pong video game, the weather forecast, as well as education-related services.

After all, wasn't the 3614 Ravel an ancestor of Parcoursup?

The 3615 Ulla is also back, but in the form of a chatbot, that is to say with a conversational agent, and takes the name of 3615 Eliza.

The chatbot offered in this connected Minitel was developed in 1964 by Joseph Weizenbaum, of MIT: Eliza simulates a Rogerian psychotherapist whose practice essentially consists of reformulating the words spoken by the patient.

Good news: if the display is still as slow as it was 40 years ago, these services will not be billed at 12 cents for the connection, then 37 per minute…

Diving back into the industrial choices of the 1970s reminds us of an episode narrated by the writer Éric Reinhardt in his book "Comédies françaises" (ed. Gallimard).

The novelist, who investigated this period, tells how a French polytechnician, Louis Pouzin, was, with the development of the Cyclades network and the use of the datagram, a pioneer of packet switching.

This system was then taken over by American researchers Robert Kahn and Vinton Cerf to create the TCP/IP protocol on which the Internet still functions.

A track whose potential the Americans grasped much better than the French ruling class, by developing the Internet – when France was satisfied with the Minitel.