'Do not Amplify', this is how Twitter stopped the reach of several accounts of political commentators for years

Several Twitter users, generally controversial accounts for their political messages, have suspected for years that they were victims of what is known as shadowbaning. Is a... 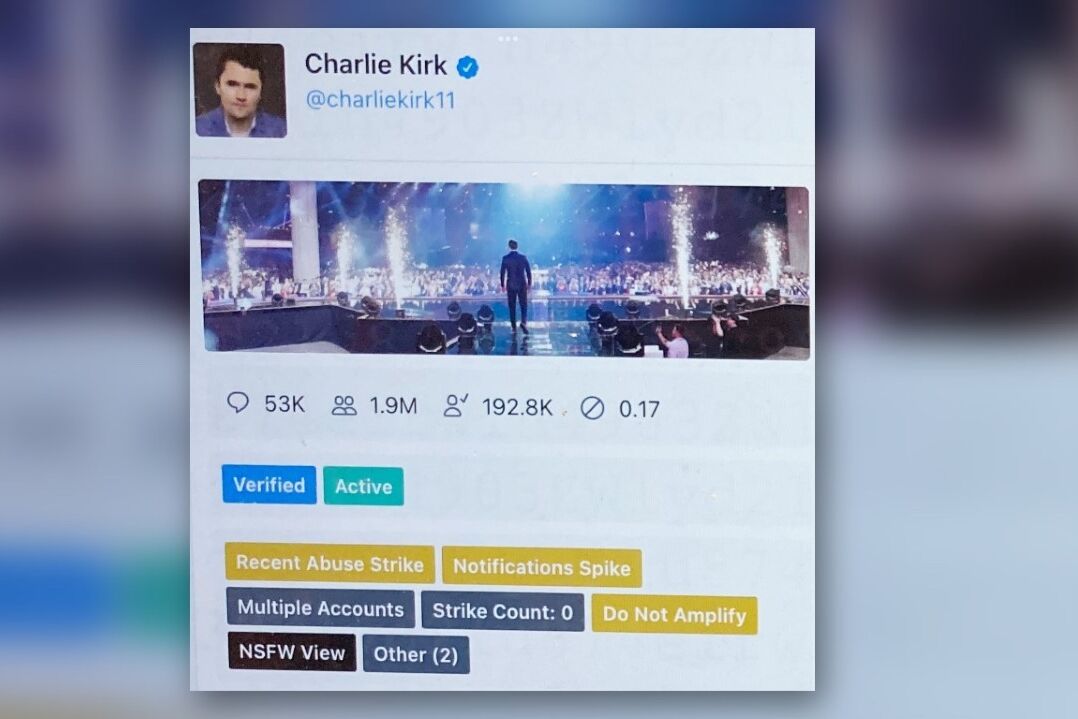 users , generally controversial accounts for their political messages, have suspected for years that they were

victims of what is known as shadowbaning

It is a moderation technique that prevents messages from being read by other users, despite the fact that the person who publishes them can see them without problem.

using these types of practices, but a new leak from moderation tools has revealed several of the ploys the company uses to prevent the most extreme messages from becoming a trend.

Although they do not go to the extreme of making them invisible to everyone, they do look quite similar.

The North American journalist Bari Weiss, with the approval of Elon Musk himself -now owner of the social network-, has shown some of the labels that the moderation team can associate with certain accounts within the system.

Among them is the option to

block the appearance of tweets

from an account within the trends section (trends blacklist) or that messages are not algorithmically recommended to anyone who does not previously follow the account (do not amplify).

Twitter can also prevent some accounts from appearing in searches (search blacklist).

All these tools, internally, were known as

and according to company employees they are "incredibly powerful" to control what users see when opening the Twitter application.

Among the accounts to which these filters were applied revealed by Weiss are those of Dr.

, a professor of medicine at Stanford University, who argued that the closure of schools due to COVID could have a negative effect on the mental health of students. children, or the ultra-conservative commentator Dan Bongino.

Over the last few years, the moderation team has been applying these filters up to 200 times a day to different accounts.

These are generally users who, without actually tweeting messages that directly violate Twitter's policies, frequently post tweets that are considered extreme or clear examples of misinformation.

They were applied, of course, without informing those affected.

formed among others by the legal officer, Vijaya Gadde, the security officer, Yoel Roth, and the CEOs themselves Jack Dorsey and, later, Parag Agrawal, who had the latest information. a word in cases that affected accounts with a clear public profile and a high number of followers.

"This is where the most important and politically sensitive decisions were made," Weiss explains.

against Twitter's former moderation team, which the mogul says has tried for years to silence the voices of the American right and favor those on the left.

Several studies, however, seem to point to just the opposite, in order to try to appear more impartial, Twitter has promoted right-wing articles and opinions more frequently in the US.

Musk, who has defined himself as an "absolutist of freedom of expression", seeks to reduce the activity of the company's moderation team,

decimated after his arrival on the social network.

It is also an attempt to generate more controversy and thus attract more users to the social network.

The attitude has scared off many advertisers on Twitter, complicating the viability of the company, for which Musk has had to pay $44 billion, an excessive amount given the company's level of revenue.

Shortly after the decision,

then CEO of Twitter, acknowledged that the company had overreached, although he justified his decision on the policy of not allowing the publication of stolen personal information or photos.

The publication of these internal conversations, however, has led former President Donald Trump to request the repeal of the country's Constitution and the repetition of the elections, convinced that it is one more example of the massive fraud that he claims occurred in the elections that lost in November 2020.