"You made a child who had parents and had seen the remains into an invincible child. You were washing your identity." "I accuse the Korean government." - Interview with French adoptee Kim Yu-ri, who was adopted to France in 1984 at the age of 11, screams. 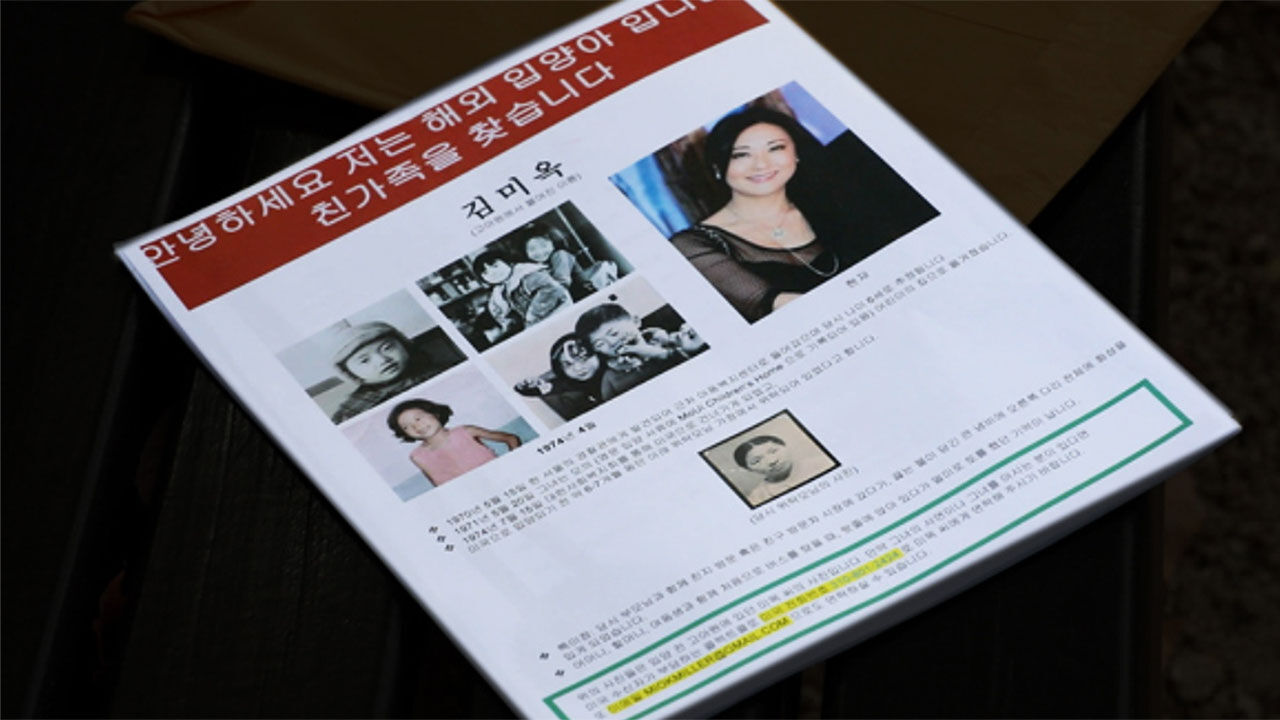 "You made a child who had parents and had seen the remains into an invincible child. You were washing your identity."

"I accuse the Korean government."

Due to her family's circumstances, while she was temporarily entrusted to a shelter, her guardian and last name were faked and sent to France.

There was a family register and address, but it was forged as an invincible orphan.

The verification process required by the relevant authorities at each stage of adoption was ignored.

The qualifications of the adoptive parents were also not confirmed.

Of course, the adoption intention of the living parents was ignored.

"Hanyang Kim, Hanyang Park... These are surnames that do not exist in Korean society, and the birth address is changed to the address of the adoption agency..."

- An interview with French adoptee Kim

Yuri It started as part of a welfare policy.

Starting with four children in 1953, the overseas adoption business reached its peak in the 1970s and 1980s.

In the mid-1980s, nearly 9,000 children were sent abroad for adoption each year.

Why did international adoption continue until the late 1980s, when the economy was booming in the so-called 'three-way era'?

The fee for sending and receiving a child for adoption is about 40 million won, when converted into our current currency.

It was an amount equivalent to the annual salary of one social worker at the time.

International adoption was regarded as a so-called 'child export' and industrialized in earnest.

Adoption agencies popped up all over the place.

The problem was the poor administration that took place in the process of sending the children for adoption abroad.

As in the case of Yu-ri Kim, some illegal activities such as producing false documents and washing identity took place.

Of course, there is even a suspicion that a considerable number of those who were sent abroad for adoption are 'made-up orphans'.

Children who were illegally sent abroad had to face difficulties such as physical and mental violence by adoptive families and confusion of identity.

The pain of wandering without even receiving citizenship and being deported to the motherland is still ongoing.

"Korea is a country where absurd things are happening, with the lowest birth rate among OECD countries and the first in international adoption."

Korea's total fertility rate is at an all-time low.

However, the ratio of adopted children sent abroad to the birth rate is still increasing.

Why does this absurd thing keep happening?

This week's SBS News Story tracked the issue of overseas adoption, which was considered a so-called 'child export' in the 70s and 80s.

We want to listen to the stories of some overseas adoptees who were the target of 'earning dollars' and try to share their journey to find their roots.