Jonathan, the oldest turtle in the world, celebrates his 190th birthday on the island of Saint Helena

Jonathan, the oldest turtle in the world, celebrates his 190th birthday on the island of Saint Helena, a British territory in the Atlantic Ocean where the inhabitants are celebrating his birthday from this Friday.&nbsp; 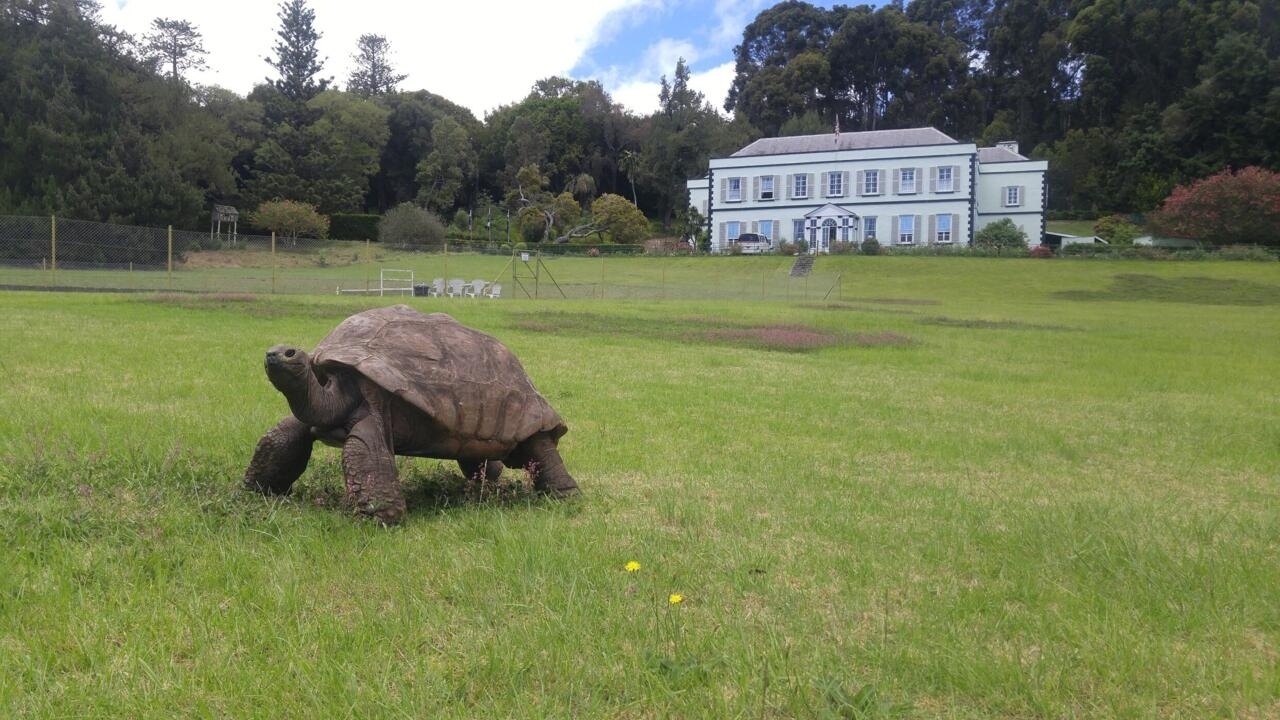 Jonathan, the oldest turtle in the world, celebrates his 190th birthday on the island of Saint Helena

The Jonathan turtle, here in front of the Plantation House of Saint Helena in March 2020. © Kevstan/Creative Commons

Jonathan, the oldest turtle in the world, celebrates his 190th birthday on the island of Saint Helena, a British territory in the Atlantic Ocean where the inhabitants are celebrating his birthday from this Friday.

When you think about it, if it hatched in 1832 – Georgian times – my God, how much has changed in the world

” since, muses Joe Hollins, the retired veterinarian from St. Hélène who takes care of the turtle.

The world wars, the rise and fall of the British Empire, the successive governors, kings and queens, it's quite extraordinary!

At at least 190 years old, Jonathan is the oldest turtle ever recorded and the oldest known living land animal.

He entered the Guinness Book of Records earlier this year.

The animal has lived on Saint Helena since 1882 and its age is only an estimate.

A photo taken upon his arrival on the island shows that he was already at least 50 years old at the time, but he is probably older.

The animal has seen 35 governors parade

The tortoise has seen 35 governors pass through this British Overseas Territory, but missed Napoleon, who was exiled to the island from 1815 to 1821. He now lives in the Governor's Residence alongside David, Emma and Fred, much younger turtles.

I hear him regularly on the lawn frolicking with Emma.

But I have to watch them when they go into action because turtles can roll over on their backs and not get up.

It was not in my job description!

To celebrate the anniversary, the inhabitants of Saint Helena organized from Friday three days of celebrations at the governor of the island, who will feed him on Saturday with his favorite vegetables.

And on Sunday, Jonathan

blind, without smell, but with intact hearing

will have the right to a birthday cake.

A special stamp has been created to celebrate the most famous inhabitant of this island of 4,500 souls.

It already appears on 5-cent coins and immigration stamps.