The French baguette, one of the culinary and social emblems of that country, was inscribed this Wednesday on the UNESCO Intangible Cultural Heritage list. Bark... 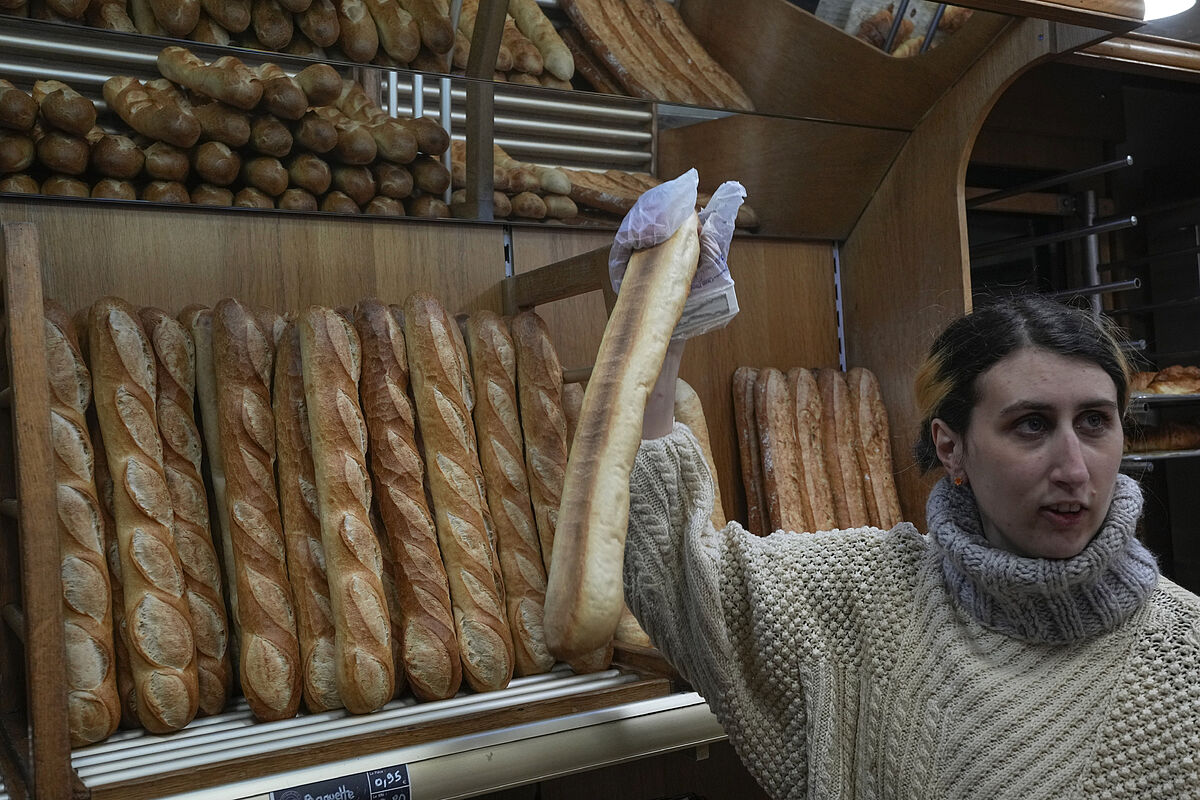 , one of the culinary and social emblems of that country, was inscribed this Wednesday on the UNESCO Intangible Cultural Heritage list.

With a crispy crust and spongy crumb

is a relatively recent product: it appeared

at the beginning of the 20th century in Paris

It is currently the most consumed bread in all of France.

are sold each year

, which means that some 12 million consumers order them in bakeries every day.

More than the product itself,

Unesco rewards with this distinction the

, the particular way of making, kneading and baking this loaf of bread that has suffered, like so many other French culinary successes, from the abuses of industrialization.

This inscription "also celebrates a whole culture: a daily ritual, an

, a synonym of exchange and coexistence", reacted the director general of Unesco, Audrey Azoulay.

"It is a recognition for the community of bakers and pastry chefs," explained Dominique Anract, president of the French Confederation that brings together these "artisans" of flour and yeast.

The award is a

, which have been closing in France, particularly in the countryside.

Business 2023-01-10T00:39:58.905Z
Macron quells the 'baguette revolution' and avoids a 30% price increase with aid to bakers
News/Politics 2023-01-26T14:25:27.831Z
Three “in danger” sites become UNESCO World Heritage Sites
News/Politics 2022-12-24T14:09:42.157Z
The heritage of the acrobat bell ringers of Utrera: "We feel like flying angels"
ADS
News/Politics 2023-01-05T07:13:56.209Z
Between the government and the opposition, the bread war is launched
Life/Entertain 2023-01-05T22:20:38.566Z
The UAE is the first in the Arab world in the elements of intangible heritage by «UNESCO»
Life/Entertain 2023-01-14T04:11:09.387Z
Members of the Guizhou Provincial Committee of the Chinese People's Political Consultative Conference suggested: Actively promote the multinational joint application of Miao costumes
News/Politics 2023-01-06T14:26:27.150Z
Emmanuel Macron goes to the front to avoid any social conflagration
Life/Entertain 2023-01-15T10:35:55.615Z
How to stimulate the vitality of intangible cultural heritage? Suggestions from representatives: digital transformation, diversified inheritance
Life/Entertain 2023-01-16T06:36:31.889Z
How to innovate the intangible cultural heritage from the "national trend"? The representative committee suggested using "newcomer"