Emmanuel Macron, spokesperson for European industry in the face of American protectionism

Weighed down by soaring energy bills, European industry is also penalized by Joe Biden's "Inflation Reduction Act" which grants massive subsidies to "Made in America",... 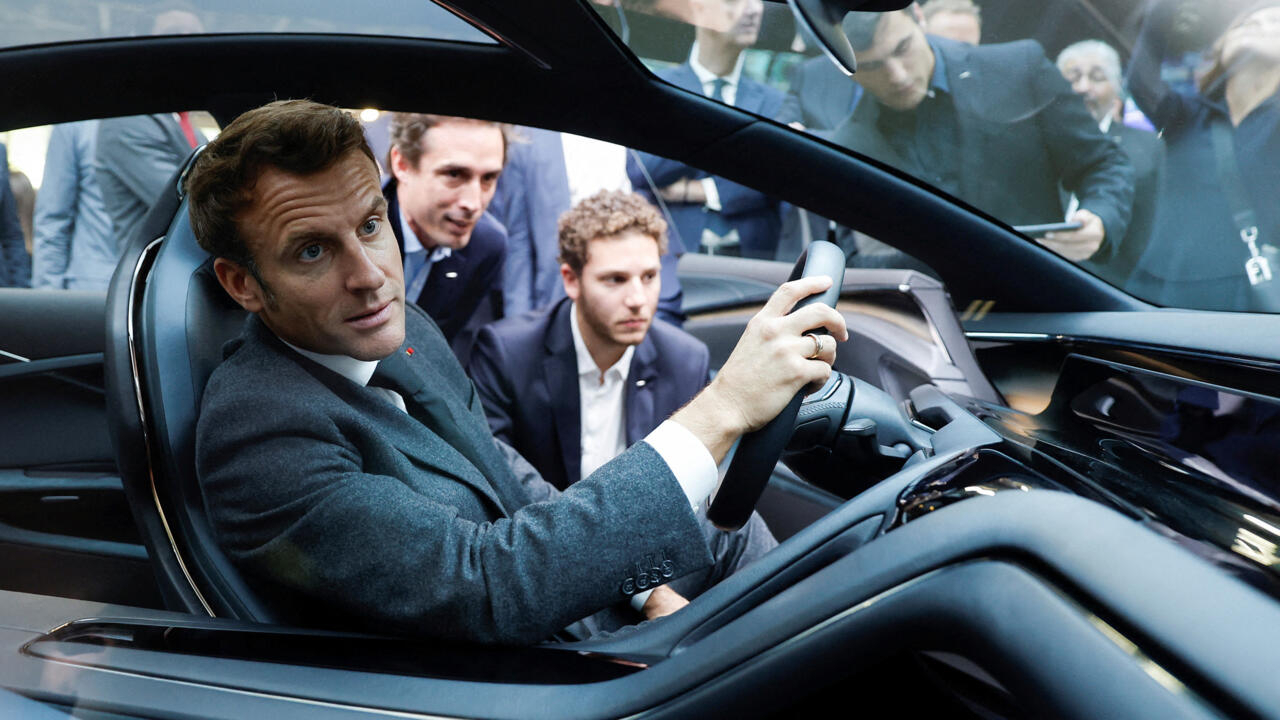 Negotiation rather than trade war.

It is in this state of mind that Emmanuel Macron should arrive Tuesday, November 29 in the United States on the eve of an unprecedented second state visit for a French president, while tension is mounting between Europeans and Americans around the Inflation Reduction Act (IRA), which came into force last August.

The largest investment ever decided in the fight against climate change, the IRA provides for an envelope of 370 billion dollars, part of which will be allocated to the construction of wind turbines, solar panels, microprocessors or even electric vehicles.

The most emblematic measure of this colossal plan wanted by Joe Biden, but also the most controversial: a generous tax credit of up to $7,500 reserved for buyers of an electric vehicle manufactured in an American factory and equipped with a locally made battery.

What give a boost to the establishment of sustainable industries on American soil and seriously compete with China, a leader in this area.

But these massive subsidies also have the consequence of excluding European companies from the American market by favoring Elon Musk's Tesla over German BMWs or French Renaults.

A loss estimated at "10,000 potential job creations" in France

Threatened by a recession, Europeans are showing themselves to be more and more worried about the subject, while companies on the Old Continent are already suffering a huge competitive shock compared to their competitors across the Atlantic, much less exposed to the explosion. energy bills since the start of the conflict in Ukraine.

Energy independent thanks to the boom in shale gas and oil, the United States benefits from lower and more stable prices.

A situation that could lead to a new era of deindustrialization in Europe, to the benefit of Washington, according to some economists.

>> To read on France24.com: gas prices are falling but the problems are "far from behind us"

"This is a major concern that we are going to raise at European level," said Elizabeth Borne in an interview with the newspaper Les Echos.

According to the Prime Minister, the American investment plan, which risks creating a major distortion of competition, could cause France to lose “10 billion euros in investments” and “10,000 potential job creations”.

Faced with American protectionism, several avenues are currently being considered by the EU, such as the adoption of trade countermeasures or the creation of a "Buy European Act", designed as a direct response to Joe Biden's plan to protect industries. European greens.

At this stage, however, the option of a race for subsidies is ruled out.

"We have to be very careful about subsidies in order to avoid a trade conflict", indicated on Friday Jozef Sikela, the Minister of Industry and Trade of the Czech Republic, who chairs the Union until end December.

"The question is whether Europe really has room for maneuver to thwart these provisions. We could put in place the same protections on a European scale, but we know that in this game, it's a loser -loser", notes the economist Stéphanie Villers of the firm PwC France.

To avoid a new trade war between Europe and the United States, like the one that raged during the Trump era on aluminum, Emmanuel Macron will therefore try to convince Joe Biden that it is in his interest not to weaken the Old Continent.

"The 'pitch' will be to say: there is obviously a Chinese challenge. We are ready, in the EU, to come out of naivety vis-à-vis Beijing. But you cannot ask us to help on China and make us the IRA," a French diplomat who requested anonymity told Reuters.

Aware that Joe Biden will never return to this crucial plan for his balance sheet, the French president will try to push his American counterpart to agree to adjustments.

Objective: to negotiate exemptions for European companies, in particular for manufacturers of electric vehicles, on the model of those that Mexico and Canada have already obtained.

But according to Stéphanie Villers, it is unlikely that the Biden administration will accede to the requests of "its oldest ally".

"You have to understand that this is not in the spirit of the United States, which has always favored its trade and its economy to the detriment of other powers," says the economist.

To ease tensions, Europeans and Americans set up a "Task force" last month which is to meet on December 5th.

If the talks fail, the IRA would become a serious stumbling block between Brussels and Washington.

The European Commission could even go so far as to seize the World Trade Organization (WTO).

But that process would take at least a year, reports the Financial Times.

Moreover, it is far from being unanimous among the Twenty-Seven at a time when Westerners want to maintain a united front against Moscow and the consequences of the Russian invasion of Ukraine.