Valleys dotted with waterfalls, dense forests with hundred-year-old trees, beech forests in full color explosion, meandering streams that originate from the Urbión river... it is the idyllic... 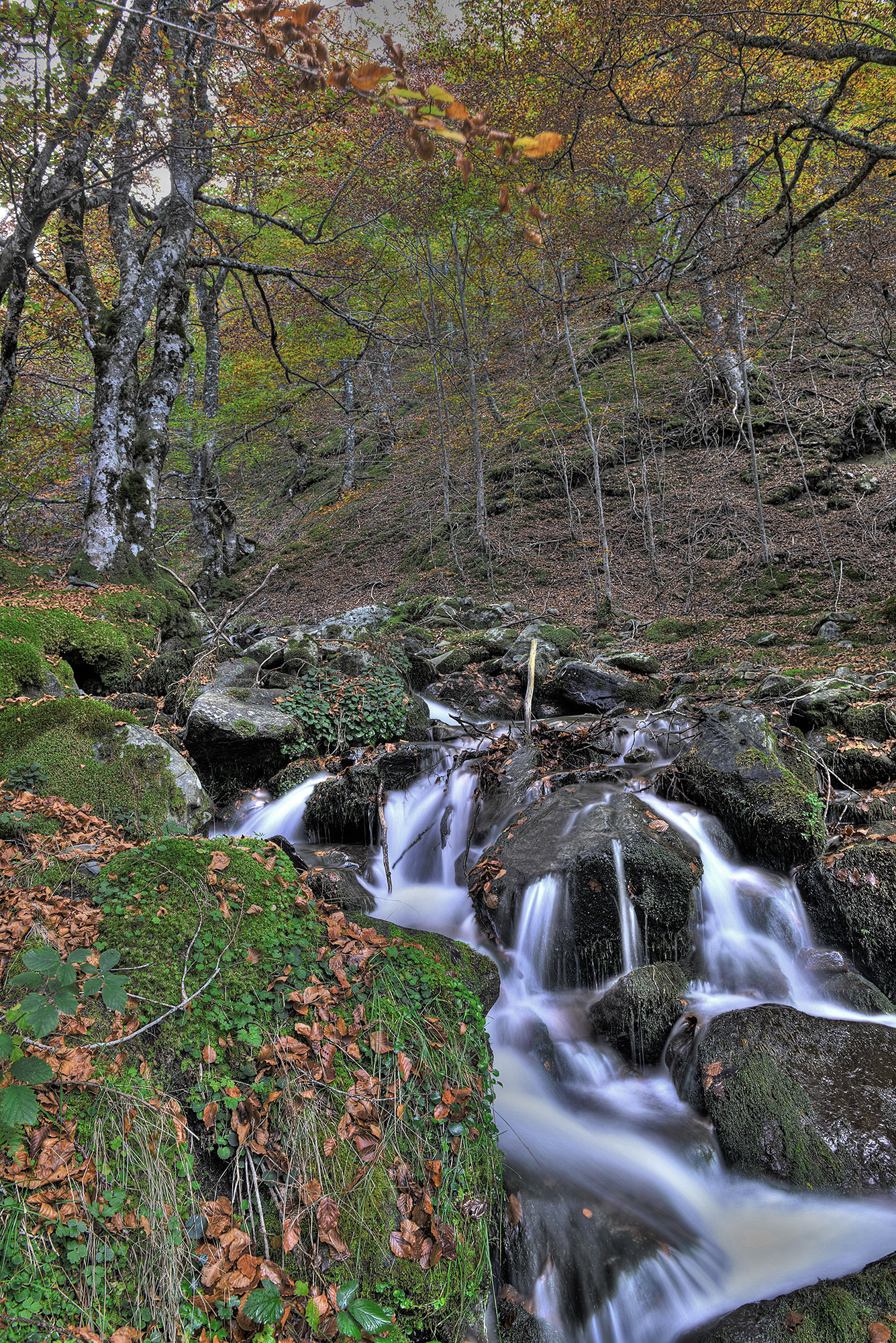 Valleys dotted with waterfalls, dense forests with hundred-year-old trees, beech forests in full color explosion, meandering streams that originate from the Urbión river... it is the idyllic picture that the northeast of the province of Burgos presents at this time and that is worth discovering. on a day or weekend getaway.

Hiking and nature lovers cannot miss the magic of autumn in these five essential forests that appear below.

About 50 km east of Burgos, the San Millán peak (the highest in the province of Burgos) crowns the Urbión valley offering a beautiful picture at this time of year (especially if the summit is covered in snow).

Next to the river that meanders through the valley, the most beautiful beech forest in the entire province stretches out, interrupted by streams and ravines that slide down from the peaks of the Sierra de La Demanda, creating a natural spectacle of impressive beauty.

Numerous routes, all signposted, enter this incredible forest, some easier than others.

One of the most popular is the

(about 6.6 km of easy travel), which receives the name of the popularizer from Burgos, and which leads to the most famous beech tree in Burgos, located at an altitude of 1,225 m, which was photographed by Del Rivero in 1999 and captured on a poster published by the Tourist Board of the province.

Next to it, ancient holly and yew trees filter the light, creating an almost mystical atmosphere in which wolves, deer and dormouse can appear.

Another interesting route is that of the

, in which the hiker will come across vertiginous waterfalls.

A short distance from the previous one, the pines welcome the

but soon give way to beautiful oak and beech forests that are now in full chromatic apogee.

It is the beech forest of the town of Urrez, easily accessible and which offers idyllic images at this time of year throughout the entire journey.

The views, when the thickness of the forest takes a breather, are incredible and, on clear days, the capital of Burgos can be distinguished from the foothills of the mountains.

Almost on the border with Álava, is

which rises like a great natural wall on the flat lands of La Bureba, in Burgos.

the New York of the forests.

The spectacular area can be discovered on foot, by bicycle or on horseback following the route markings and informative signs.

Holm oaks, pines, beeches, strawberry trees, boxwoods, redwoods... Whether one decides to cross the forests of Artzena towards Villafría de San Zadornil (moderate difficulty), or if one chooses to walk the trails to Revillallanos, nature surprises with the majesty of the species that inhabit the area.

The routes are for all tastes and physical shapes and those who venture to the top will be gifted with unexpected views.

In the extreme southeast of Condado de Treviño, the Obécuri and Bajauri forests are a natural temple where you can escape from routine, close your eyes and listen to the sound of the birds.

It is one of the best preserved deciduous forests in the entire province of Burgos.

They can be traveled on a circular route (10 km) of great simplicity and extreme beauty, which begins in the town of Obécuri and crosses that of Bajauri, with the privileged company of beech and oak trees and, from time to time, the occasional bird of prey. flying over

If there is luck, some roe deer, wild boar and squirrels will also appear.

Las Pisas and its waterfall

In the heart of

, in the north of the province, an almost enchanted forest is hidden.

Next to the Romanesque church of Villabáscones de Bezana begins a simple and easy route to do with the whole family, with information panels and logs with signaling arrows, which enters a dense beech forest and goes up the course of the river in the where waterfalls, rustic bridges and stones appear that help to change the shore in its most appealing sections.

Here, between the valley of Valdeporres and Valdebezana, the ground is covered with moss and lichens, and along the banks of the Gándara river live oak, beech, hazelnut and holly trees.

After a kilometer and a half, approximately, and after crossing the Gándara river by a small wooden bridge, you will reach the

, which surprises you with the enormous noise of falling water if it has rained enough

there is a picnic area to rest and have a drink to regain strength.