"Real genocide": why the British destroyed the indigenous people of Tasmania

380 years ago, the Dutch navigator Abel Tasman discovered the island, later named after him - Tasmania. This discovery had the most sad consequences for the local population. With the advent of British settlers on the island, its native inhabitants were almost completely destroyed. Already in the 19th century, not a single purebred Tasmanian remained in the world, and at the beginning of the 20th century, the last native speaker of the Tasmanian languages ​​died. Historians argue that the actions of the British authorities and settlers against the indigenous population of Tasmania had all the signs of genocide. 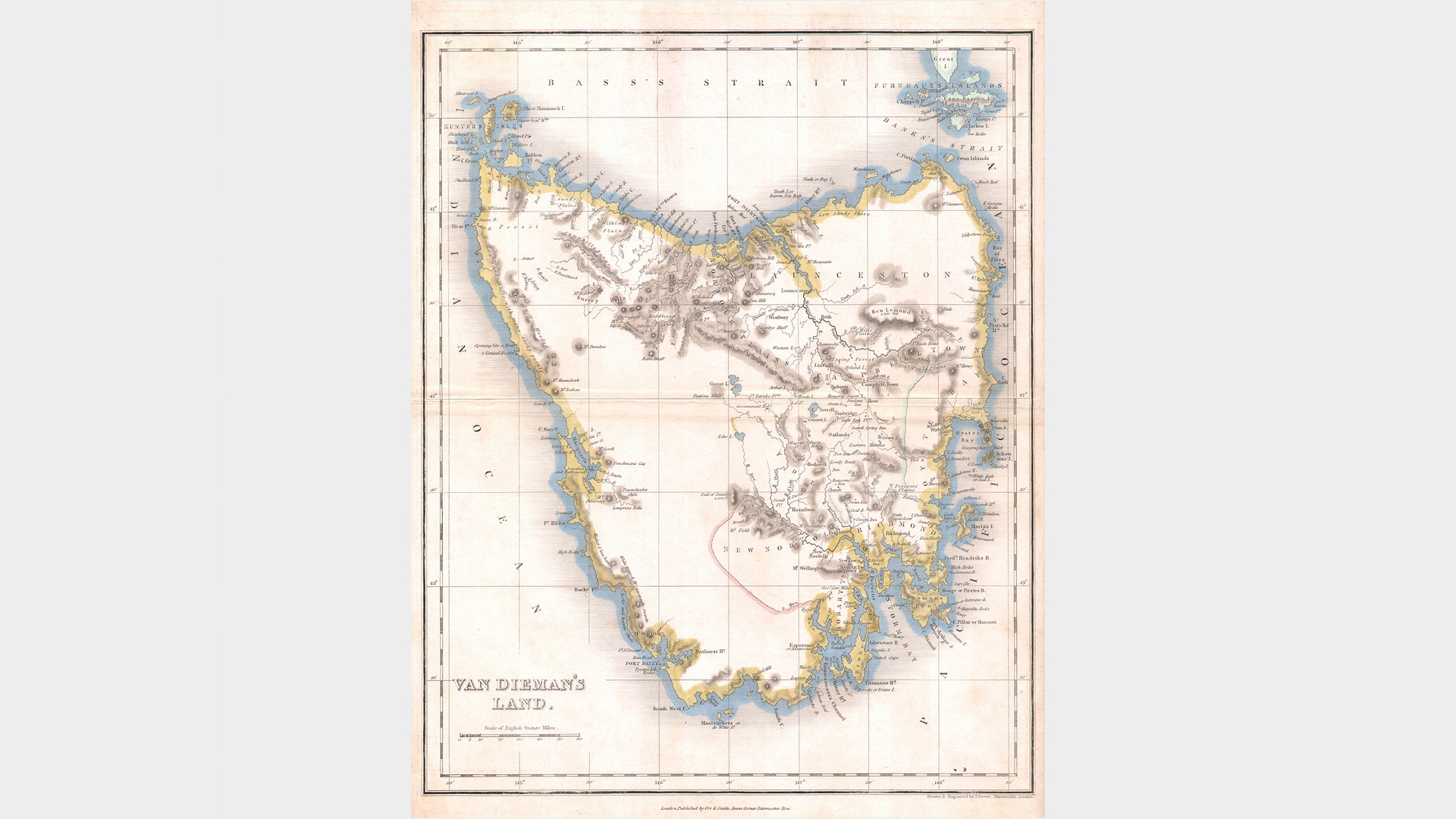 On November 24, 1642, an expedition of the Netherlands East India Company discovered the island, which was later named after its leader Tasmania.

This discovery had sad consequences for the local population.

With the advent of Europeans on the island, the indigenous people were almost completely destroyed in just a few decades.

The first people appeared on the territory of modern Tasmania about 40 thousand years ago.

At that time, the island was connected to the Australian mainland by a "land bridge", which over time was flooded due to rising sea levels after the end of the last ice age.

Therefore, the Tasmanians lived in complete isolation for thousands of years.

The nature of Tasmania provided the indigenous population with everything necessary for life.

The Tasmanians were engaged in hunting for kangaroos and marine animals, and the extraction of shellfish.

They made stone tools, baskets and bark boats.

Wooden spears and clubs were used as weapons.

It is known that the indigenous people of Tasmania practiced certain magical rites.

The Tasmanians were divided into several tribes.

Modern historians estimate their total number at the time of the arrival of the European colonialists at about 15 thousand people.

According to experts, the local population has created a unique culture based on the technologies of the Stone Age, maintaining a balance in the ecological system that has developed on the island.

“The discovery of Tasmania by Europeans happened by chance,” Yegor Lidovskaya, general director of the Hugo Chavez Latin American Center, said in an interview with RT.

In the 17th century, vast territories in Southeast Asia were controlled by the Netherlands East India Company.

Its functionaries were interested in exploring the South Pacific.

Many geographers of that time believed that there was a huge continent rich in valuable resources in the Southern Hemisphere.

To search for this land, it was decided to equip an expedition, headed by one of the best navigators of the company - Abel Tasman.

Two well-armed ships were placed at his disposal: Heemskerck and Zeehaen.

Leaving Java, the expedition went to the island of Mauritius, and then moved to the South Pacific, unknown to Europeans.

On November 24, its participants discovered the island, which was named after the governor of the Netherlands East Indies, Van Diemen's Land, and later renamed Tasmania.

Nothing is known about the contacts of Abel Tasman and his comrades with the indigenous population of the island.

The Dutch did not find gold and spices in Tasmania.

“Without discovering wealth and a population with which it is possible to trade profitably, Tasman came to the conclusion that the development of the island he had discovered was hopeless and thereby gave more than a century and a half of a quiet life to the local population,” Andrey Bogdanov, a leading researcher at the IRI RAS, emphasized in a conversation with RT.

However, as historians note, this was just a postponement of the sentence.

In Europe, they learned about Tasmania, and the fate of its inhabitants was sealed.

In 1772, the first officially documented contact between Europeans and the indigenous population of Tasmania took place, when the French expedition of Marc Joseph Marion-Dufren landed on the island.

At the beginning of the 19th century, the British became interested in Tasmania, fearing that the island, located in close proximity to Australia, could be captured by France, hostile to them.

In 1803, the first British settlement in Tasmania was founded in Risdon Bay.

At first, the population of the English colony consisted mainly of military personnel and convicts, and only a small part of it were free settlers.

However, the British soon realized that the development of the island could be economically promising, and the number of colonists began to grow rapidly.

“The conditions of Tasmania were ideal for farming, and immigrants from the UK, suffering from a lack of free land, began to move to the island en masse,” Vitaly Zakharov, a professor at Moscow State Pedagogical University, explained in a commentary to RT.

Soon there were almost a million sheep on Tasmanian farms.

They destroyed the local ecosystem.

Kangaroos and other wild animals that have served as food for the Tasmanians for thousands of years were deprived of their usual habitat.

The first armed conflict between the British and the Tasmanians occurred in 1804, when British soldiers opened fire on a hunting party of local residents.

In the future, the situation only worsened.

According to historians, the British raped local women with impunity and kidnapped Tasmanian children, turning them into servants.

Tired of the terror from the European invaders, representatives of the indigenous population in the 1820s tried to resist them.

These events are known among historians as the Black War.

But in this way he failed to break the resistance of the indigenous population.

In 1826, he declared the Tasmanians "rebels" and allowed the military and police to raid their settlements for no reason.

This led to the death of a significant number of indigenous people.

But it was not possible to finally break the Tasmanians.

Then Arthur declared martial law in Tasmania and declared that the Tasmanians were "open enemies of the state."

The total extermination of people began, whose only fault was that they were born on their own land.

In the autumn of 1830, the colonial authorities gathered about 2.2 thousand military, police, settlers and convicts and sent them to comb the island, forcing the indigenous population to the coastal territories.

About half of all income collected in the colony for the year was directed to this operation.

According to official figures, its immediate results were rather modest: two natives were killed and two more were captured.

However, the scale of the punitive measures made a depressing impression on the Tasmanians.

Representatives of the indigenous population, who by this time were only a few hundred, went to negotiate with the British administration.

In the 1830s, most of the native Tasmanians agreed to move to Flinders Island in Bass Strait.

There were only about 200 of them.

In the new place, the Tasmanians died from diseases introduced by Europeans, exhaustion and the effects of emotional trauma.

By 1847, only about 40 Tasmanians survived on the island.

It was decided to return them to Tasmania - to the area known as Oyster Cove.

The last purebred native Tasmanian is the daughter of the leader of one of the tribes named Truganini, who received the nickname Lalla Rook from the British.

After her death, only descendants from mixed marriages of Europeans and representatives of the local population remained on the island from people with Tasmanian blood.

According to historians, the British destroyed the Tasmanians at such a rate that scientists did not have time to study their authentic culture and languages.

Science today does not even know how many Tasmanian languages ​​existed and with what other languages ​​they were related.

“What the British were doing was a real genocide of the indigenous population.

Civilized Europeans treated the locals like animals, if not worse.

This is a terrible tragedy, for which no one has adequately answered, ”concluded Yegor Lidovskoy.