Five 'gastro' openings that you should take (good) note of

In recent weeks, the 'gastro' of Madrid a few restaurants. Oddly enough, the openings continue with proposals of what... 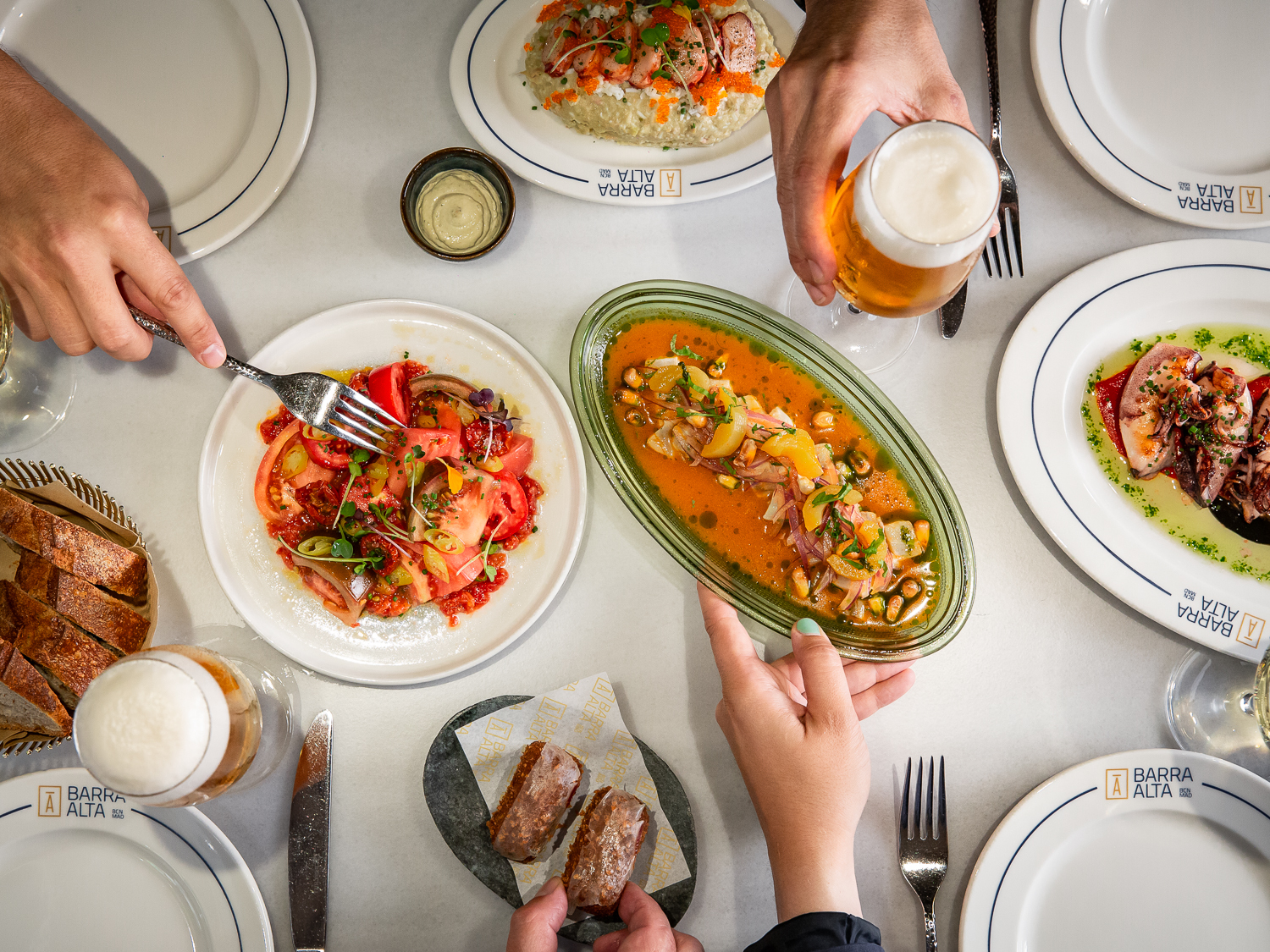 In recent weeks, a few restaurants have been incorporated into Madrid's 'gastro' offer.

Oddly enough, the openings continue with the most varied proposals.

Here are five that we highly recommend.

Barra Alta has just opened in the Salamanca district.

In this new place in the Salamanca district with

, ​​where they opened the first space in 2018, modern or surprising snacks are not prepared.

Here they propose well-known and simple recipes where the good quality of the raw material is the key to everything.

speaks of his suppliers as "family"

among them are the exquisite oysters from Thierry, from Huitres Poguet de Normandía, the Iberian pork from Joselito and the eggs from Cobardes y Gallinas.

In the starters, his oysters are essential;

They prepare them cevichadas, pickled or natural and their lobster salad.

The castizo wink is put

by the squid mini brioche

Among the main dishes, the Thai-style coastal rooster stands out (a fry with Asian sauces, basil, mint and coconut) that is served in a crispy spine and the feather with chimichurri sauce.

The dessert offer is very tempting, although

the undisputed star is the cheesecake

, made with four different types.

The Omar, the new space of the La Ancha family.

that of cook and that of baker

Three gastronomic concepts will be set up in this hotel and this is the first to open its doors.

Inspired by Parisian and London neo-bistros, the idea is

The offer of fish and meat goes through the menier sole with black garlic and mushrooms and the quail baked in a crust of unleavened bread and the Iberian pork chop and Espelette butter.

Breakfasts offer every possible version of eggs and toast with homemade jam and smoked butter, among other options.

Snack time invites you to try the Danish smorrebrod

, a slice of rye bread with butter and toppings such as avocado, poached egg and dried fruit or pork rib katsu sando with kempie.

In the near future, the Hijos de Tomás cocktail bar and the gastronomic Tama will be inaugurated.

The second location of the Rompido group -the first was Don Dimas- arrives with a proposal of tapas and portions that pay homage to the northern half of Spain.

The space is divided into

two concepts with the same philosophy

, that the product shines: while the lower part, known as La Barra de la Reme, invites you to try the tripe stew with farmhouse eggs, the tuna salad from the north or the spicy potatoes;

In this space there is a clear protagonist,

, which shines in all its versions: squid rings, in a portion or in the genuine Madrid sandwich (mounted on brioche bread).

Among the secrets surrounding this product, the

that enhances the flavor and

, which leaves it crispy.

Every day you have to be attentive to the proposals on the board, always as the market dictates.

Scallop ceviche, with yuzu kosho, mixed with chili and pitahaya from Llama Inn.

were born and met in New York and Peruvian cuisine brought them together.

Together they created the "Peruyorkino" concept, which aims to value the cuisine of their country of origin.

its new premises in Madrid will open its doors to the public, where they arrive with a cosmopolitan and modern proposal on the plate and a cozy and flirty one in the space.

The challenge involves combining the best of Creole, Amazonian, Andean, Northern, Nikkei and Bachiche cuisine, without forgetting a nod to their new host city.

They offer two types of

(a typical Peruvian street food skewer) as very appetizing starters: one with bacon cooked at low temperature and another based on cabbage with chancaca, seasoned with miso, quinoa and furikake.

Another promising dish is their version of ceviche based on scallops, with yuzu kosho, mixed with chili and pitahaya.

They have also brought to Madrid some of the

hits from New York, such as the quinoa salad with two different textures and the lomo saltado

, originally from Chifa cuisine, presented under some French fries and served with some chives and pickled chili crêpes and avocado for the diner to prepare their taco.

With the experience of Barcelona, ​​where they already have five stores, this house of

lands in style in Madrid.

It does so with its flagship near the Bilbao roundabout and its flexitarian diet concept, in which 80% of the offer is based on vegetable protein and 20% based on animal protein.

In this new location they incorporate eight new dishes, with plant-based creations, gluten-free options and dishes cooked in the Josper (halfway between an oven and a grill), which allows food to be braised and roasted at temperatures of up to 350 degrees.

The presentation and flavor of many dishes are surprising, such as

with goat cheese (a classic in Barcelona) and the

Among the appetizers, the 'faux gras' with pan de cristal is delicious.

two other dishes worth trying.

The novelty in desserts is called chocolate & hazelnut mousse cake, with cocoa powder and red berries.

The cocktail menu has interesting proposals to open or close a dinner or lunch.