Doing the simple things well is almost always the most complicated. In Agarimo, a tavern that has been open for a few months in the Ponzano area, they were clear that their territory was the... 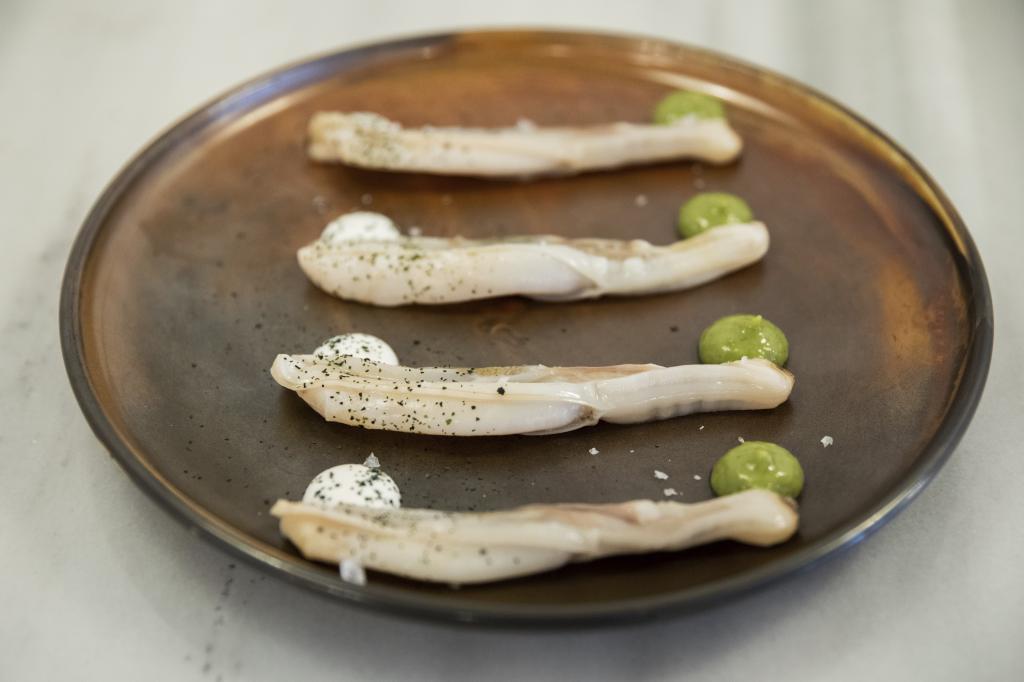 Doing the simple things well is almost always the most complicated.

In Agarimo, a tavern that has been open for a few months in the Ponzano area, they were clear that their territory was the recipes of a lifetime.

Well executed, with a level product and, above all, with a firm commitment to the environment and the local.

Guille Rivera, a 26-year-old from Galicia, left marketing to embark on this adventure.

During the pandemic I realized that I was happy cooking

," he says, sitting on the terrace of the restaurant.

Actually, since he was a child, he confesses, he sensed that he would find his place there.

After passing through the classrooms of Le Cordon Bleu in Madrid, he began to shape the project.

"It wasn't about opening a store and that's it."

Basically and from the beginning,

a commitment had to be reflected

"I studied marketing and business management. I worked in consulting, focused on sustainable projects."

She got soaked -and hooked- on the matter and when she decided to change the course of his life and throw herself into the kitchen, she took this backpack with him.

"I think it is an issue that must be taken very seriously. It is a matter of time before the hotel industry also gets involved."

"I love the product, the people, the treatment, the environment, my land...", she explains enthusiastically.

Located in the vicinity of Ponzano street, the concept that is

here is unusual in the area.

"From the outset, we close two days a week to take care of our team."

In each service they explain to the diners their philosophy and everything behind it.

", sums up this entrepreneur who has made an art of using kitchen and pedagogy, his challenge.

To comply with these two apparently simple maxims, the kitchen and dining room team does amazing things.

"We reuse the waste from each of the elaborations, to incorporate them into the rest of the recipes."

Orders are made daily

"When a fish dish runs out, we explain to people why and give them an alternative."

Going hand in hand with seasonal products also forces us to

"The white asparagus is very popular, but when it's over, it's over. Approximately every two weeks there are changes or additions to the menu."

Among the classics of the place,

the tortilla stuffed with pig's trotters,

juicy and with a honeyed touch.

"I made them in confinement at home and started selling them."

The reception of the people encouraged him to incorporate it into the menu of the tavern.

Also in those weeks marked by the pandemic he wanted to learn how to make calluses.

"The best in Coruña are prepared by chef Antonio Amenedo. One Christmas when he was at home I asked him to go into his kitchen to learn how to make them."

It was a month and today embroiders.

"In October they return to the menu," he announces.

The pil pil and green mojo razor clams, the Galician hake and the meatballs have become the place's signature dishes and, in part, a reflection of what they stand for in this small place, decorated with high tables and a modern and cozy.

"We don't use beef in the meatballs due to contamination issues. We make them with minced pork needle meat, and we make the sauce with the trotters that are left over from the stew we make with them."

They take maximum care of the raw material they work with and the suppliers, in order to establish long-term relationships

"The garnishes also adjust to the season", points out Guille.

Guille takes great care that there is a healthy (and human) environment in the team.

I just get mad seeing plastic in the organic bin,

Such is their commitment that they even have an organic waste transformer to convert the minimum waste they generate into compost.

"This is the future of hospitality."