"Planetary defense": NASA manages to deflect an asteroid from its trajectory

A probe launched by NASA has managed to deflect an asteroid from its path using kinetic energy, NASA said on Tuesday. Launched last November, the Dart spacecraft has traveled for… 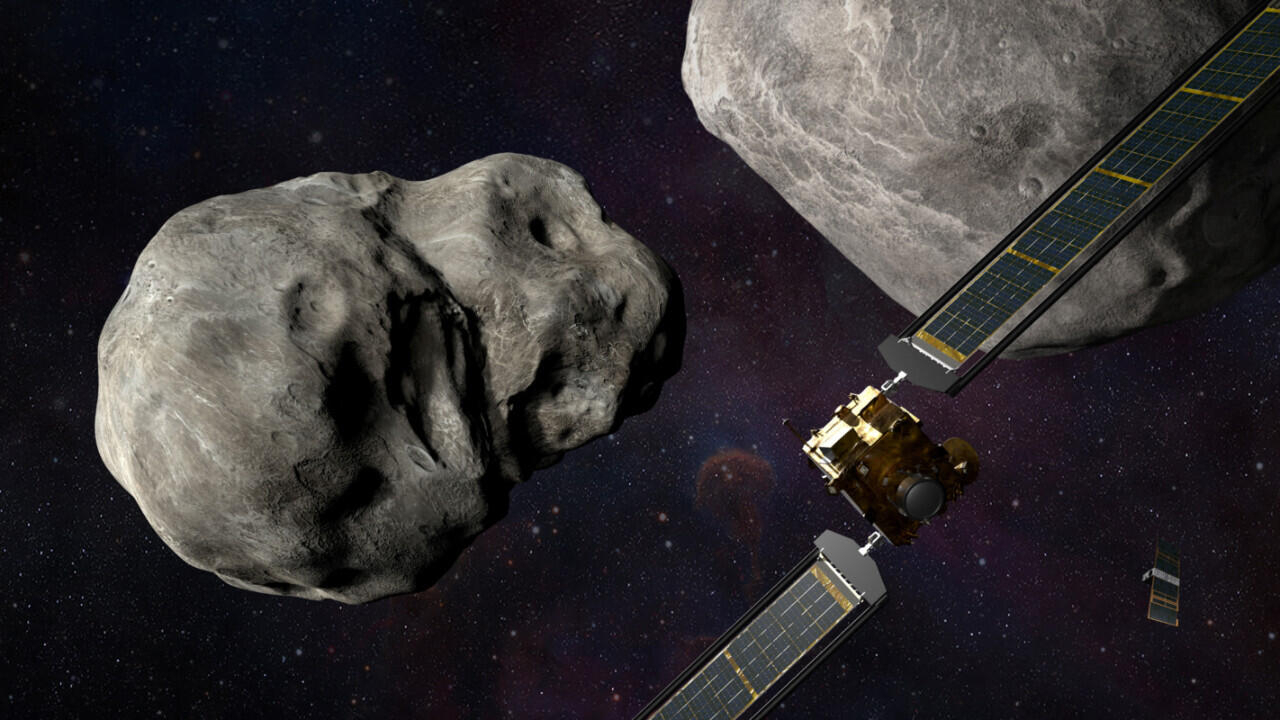 The American space agency succeeded in diverting an asteroid from its trajectory by projecting a spacecraft against its surface at the end of September during an unprecedented test mission, which should allow humanity to learn how to protect itself from a possible future threat. , NASA announced Tuesday, October 11.

The Dart mission craft had deliberately rammed into its target, the asteroid Dimorphos, which is the satellite of a larger asteroid named Didymos.

The NASA device managed to move it, reducing its orbit by 32 minutes, said the head of the space agency, Bill Nelson, during a press conference.

Remember: DART is a test and there are no known asteroid threats to Earth.

"A watershed moment for humanity"

It would already have been "considered a huge success if it (the craft) had only reduced the orbit by about ten minutes. But it actually reduced it by 32 minutes," he added.

With this mission, "Nasa has proven that we are serious as defenders of the planet," he said.

Dimorphos, located some 11 million kilometers from Earth at the time of impact, is about 160 meters in diameter and poses no danger to our planet.

If the goal remains relatively modest compared to the disaster scenarios of science fiction films like "Armageddon", this unprecedented "planetary defense" mission, named "Dart" ("dart", in English), is the first to test such a technical.

It allows NASA to train in case an asteroid threatens to hit Earth one day.