Jamie Lee Curtis: "I'm a fan of people who admire me"

Jamie Lee Curtis (Santa Monica, California, USA, 1958) has a good memory. Or, to tell the truth, an excellent memory. He not only remembers his first day of shooting Halloween, the... 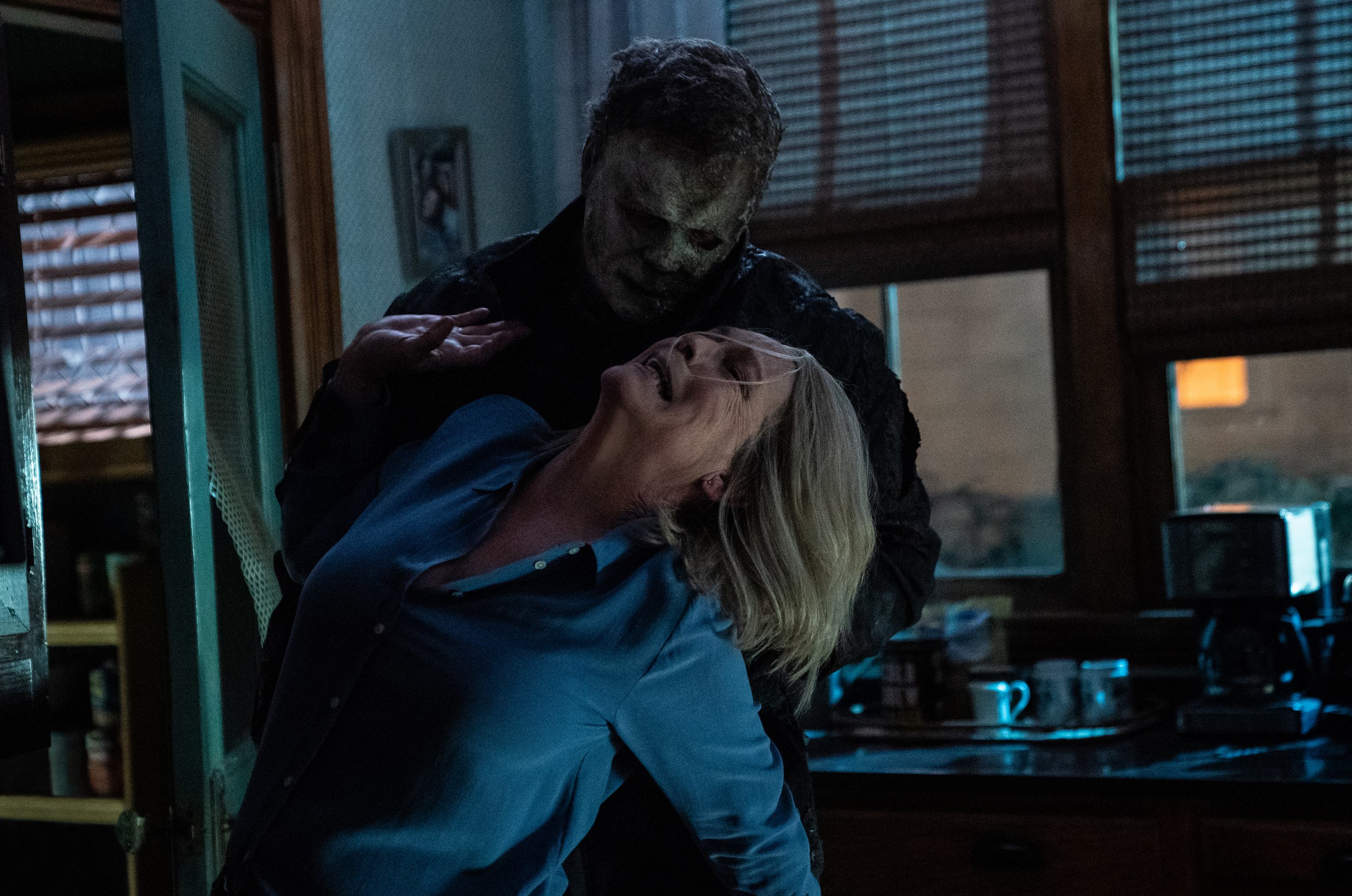 Or, to tell the truth, an excellent memory.

He not only remembers his first day of filming

, the legendary 1978 film, but even a short speech he gave at his school when he was only 7 years old, which he

does not hesitate to recite in the middle of the interview in a room at the Rosewood Villa hotel in Madrid. magna

"I remember everything very well. Above all, I wasn't nervous. Whether I was little, young or now, older, I never get nervous."

"The first day we shot

It was a modest film in which we kept everything in a caravan, whether it was the cameras or our personal belongings. Not like now where, as the protagonist, you have a space own place to change and rest," recalls Jamie Lee Curtis.

Carlos Latre: "It is very nice to be a transmitter of good vibes"

Carlos Latre: "It is very nice to be a transmitter of good vibes"

FACE TO FACE WITH MICHAEL MYERS

, the killer who's been trying to take her down for four decades.

Although, now, the most reprehensible behavior is not only that of this guy with a mask, but that of a young man in love with the granddaughter of Laurie Strode, the character of Jamie Lee Curtis.

"We all seek love, it is what marks the human being," says the actress.

This movie that is now coming to theaters is about how we become monsters.

Laurie really needs help and it may be the first time we see her smile. For the only time in the saga!".

is the daughter of two classic Hollywood icons

None other than Tony Curtis (

My mother always said: 'you have to be you. Don't pretend to be what you're not'.

Tony Curtis, on the other hand, was more practical, he talked to me about how camera lenses can make you look better or worse in a movie And that

when I signed a movie contract I knew it was going to be for something for life. That I read it well

to know what it was about because my work would become someone's property in perpetuity."

With a career full of successes such as the

but also with other films such as

, Jamie Lee Curtis has tried her luck as a producer and even as a writer of children's books.

And she has done well.

"I don't usually write on a computer. I prefer to talk and have what I say taken down.

But, above all, I like to be at home and take care of it."

The actress on her way through Madrid.

I like to cook everything that is eaten at home, walk my dog, feed my daughters...

I have help when I shoot movies, but I like to help. I love being in my home for a very long time. And, at the same time, creating things. Not copying things, but making them on my own.

Making patterns, playing the drums, preparing the next Halloween parties.. .".

On this last point, the horror film icon does not forget what the Halloween party means in his own home.

"I've raised two girls so I've done so many costumes and just about everything...

I love to decorate my house come Halloween with scary things

, whether it's big spiders, signs from the Bates Motel from

Almost nothing for the daughter of the actress of the aforementioned

Also Jamie Lee Curtis, smiling and loquacious, wants to talk about what it is like to have a legion of fans who consider that she knows everything about horror movies.

"I'm not a specialist in horror movies.

And I'm a fan of people who admire me.

I don't like people who ask me for autographs to resell them on eBay.

I do like those who are capable of waiting hours at the door of a hotel to see me .Whenever I can I chat with them and try to call them by their name after I have asked them. I love it because they appreciate me and I do the same because of how they feel towards me."