'Gunsan skate' that is not even Black Mountain anymore... Reason for 45% of counterfeit volume

When it comes to skates, it is easy to think of skates from Heuksan, but these days, they are caught more often in Gunsan, Jeollabuk-do, a little further north. Many fruit producers are also continuing to move north. 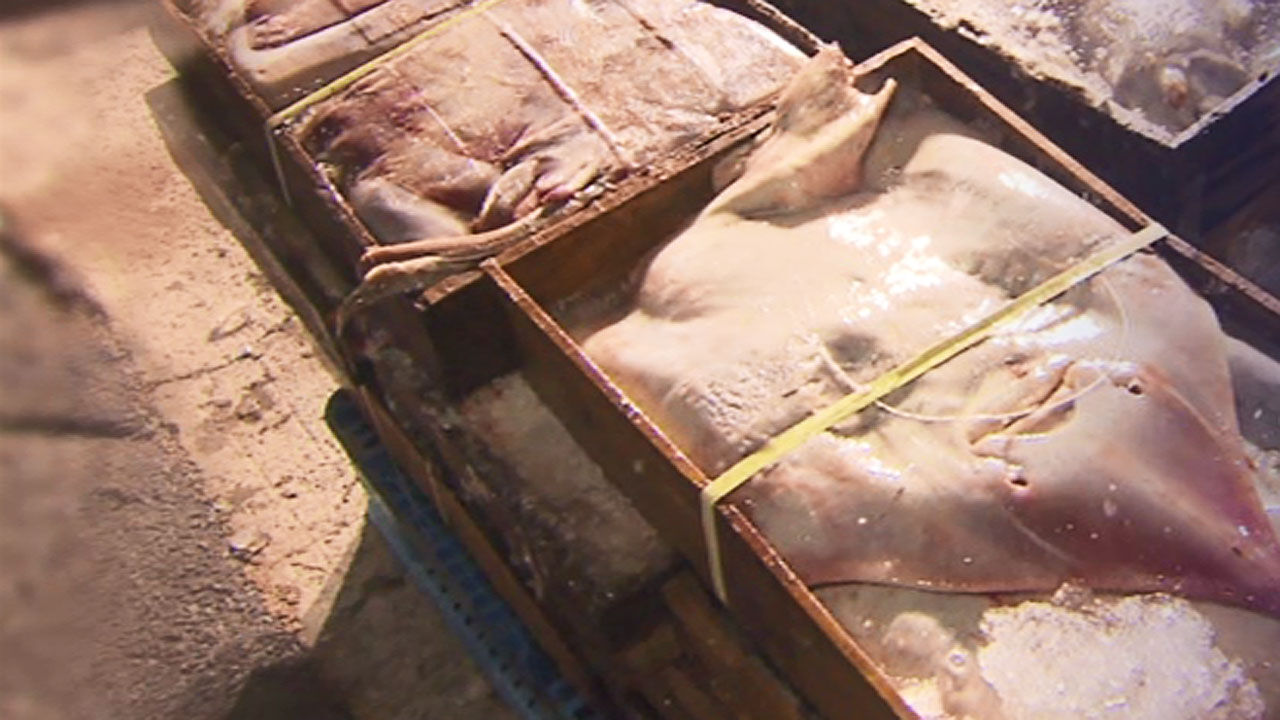 When it comes to skates, it is easy to think of Heuksan-do skates, but these days, they are caught more often in Gunsan, Jeollabuk-do, a little further north.

Many fruit producers are also continuing to move north.

On the 29th of last month, Gunsan Port, Jeollabuk-do.

At dawn when pitch black darkness fell, a fishing boat comes in.

The crates are loaded with skates from the fishing boats to the harbour.

(Sea) The temperature rises a lot, so there must be such an effect.]

This is 45% of the nationwide skate sales last year.

The distribution of skate, a cold-water fish, is in the Northwest Pacific Coast.

As the temperature of the sea water in this area has risen in recent years, it seems that Jusan Island in the Korean Peninsula is moving north.

[Lee Seong-nam / Banana Farmer: (Visitors) say that it seems like they are from Southeast Asia.]

This farm, which has been planting bananas for two years, is located in Siheung, Gyeonggi-do.

Another thing is that the climate has risen a lot now.

In that respect, conditions were created for this banana to grow here.]

] It is predicted that by 2050, apples can be grown only in the mountainous regions of Gangwon-do, and domestic apples may almost disappear by 2070.

[Park Jung-jae/Professor of Geography at Seoul National University: Extreme weather is such a disaster derived from global warming that we can directly feel. Besides these, I think we need to keep an eye on the ecosystem.]