The blackout is already in Movistar Plus +. We take advantage of the premiere of this series to talk about other productions that introduce us to other worlds on the brink of chaos. 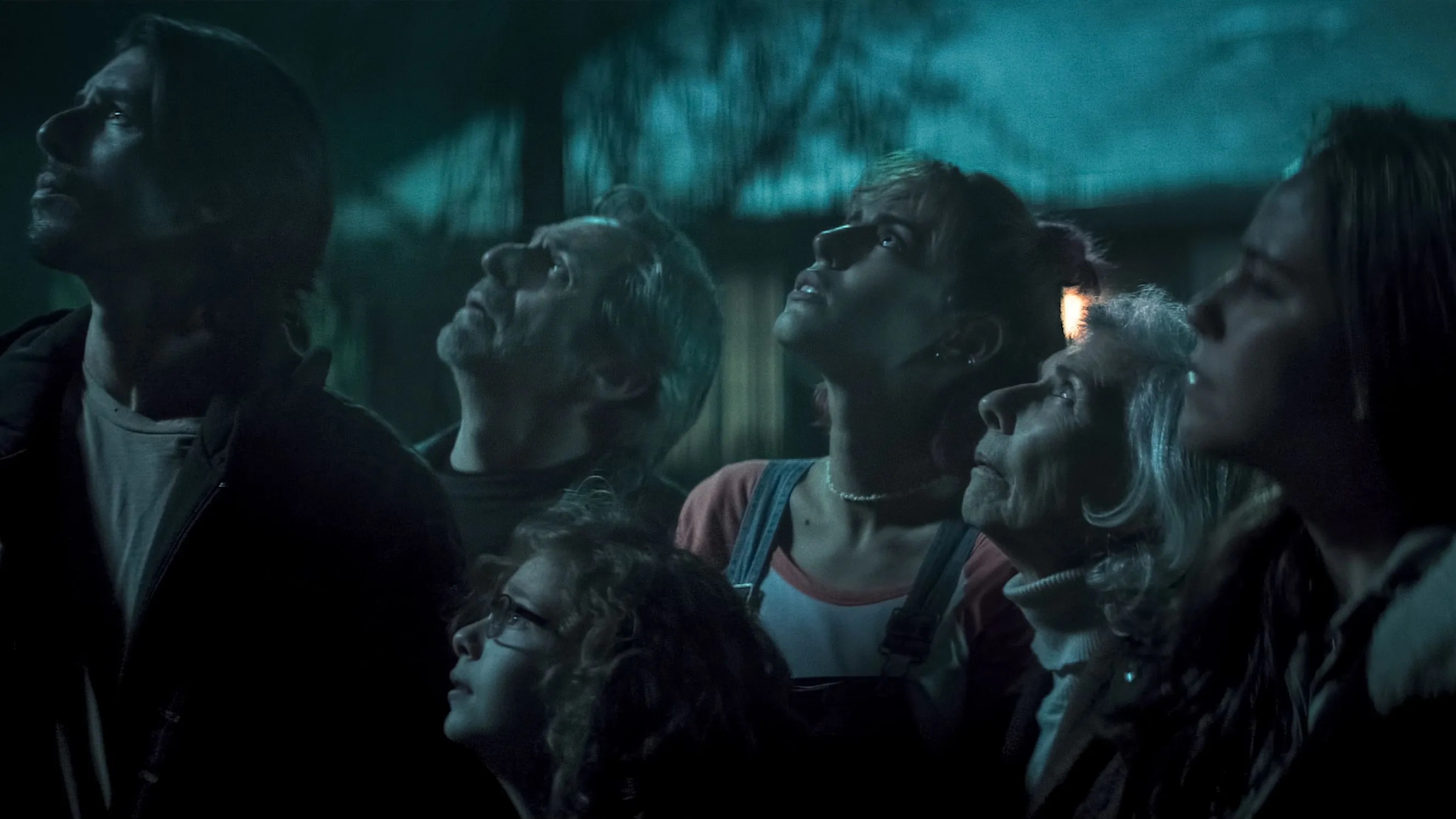 is already in Movistar Plus +.

other productions that introduce us to other worlds on the brink of chaos.

co - production between Mexico and Chile

tells the story of

a family that witnesses strange events from their house in the countryside , stunned

A refuge from which they will try to stay together, alive and trying to find out what or who threatens them.

Pure suspense with the endorsement of this one produced by Pablo Larraín (Jackie, Spencer) and that has

some other point in common with

In this series, the apocalypse and chaos begins soon.

a huge crater (or hole) engulfs part of Los Angeles.

Then, those who have disappeared enter a mysterious world, which seems from another time.

A mystery that reminds us of

and that begins some adventures in which

the mystery of knowing where those survivors

are is combined with adventures against fantastic animals.

Tender, with a lot of action and recommended for the little ones.

So is this little gem in which

Gus, a half-human half-deer boy, tries to survive in a dystopian world

A 'different' proposal that tells us about an apocalyptic situation created by the folly, evil and greed of human beings.

A story for all audiences that offers a more hopeful look at a scary future.

Produced by Robert Downey Jr., the protagonist of

TALES OF THE WALKING DEAD (AMC+)

If zombies ever showed up, humanity would almost certainly be on the verge of disaster.

This is what this

spin-off of the enormous

demonstrates, recovering some character from the original series along with new ones to tell us how to survive the constant threat of the walking dead.

For big fans of the original production

that has just finished its eleventh season.

THE BLACKOUT (Movistar Plus+)

series that recreates the before, during and after a 'blackout' caused by a solar storm.

A bleak portrait of how human beings lose their reason and common sense (with a few exceptions) when shortages and problems appear.

To highlight the great role of actors such as Luis Callejo, Jesús Carroza, María Vázquez or Patricia López Arnáiz

in an ambitious series.

Many who have seen

have perfectly remembered this French series.

Released a few months before the start of the pandemic, this production reveals itself as

an exercise in realism and constant tension around independent stories.

With a brutal ending and an epilogue that clears up many doubts about what caused the collapse, the use of the

handheld camera and the sequence shot

makes watching it a unique experience.

One of the best seen in European fiction in recent years.