Karla Hoyos has an outstanding resume. In every sense. His is a story that could well become a documentary for Netflix or HBO. This 33-year-old Mexican... 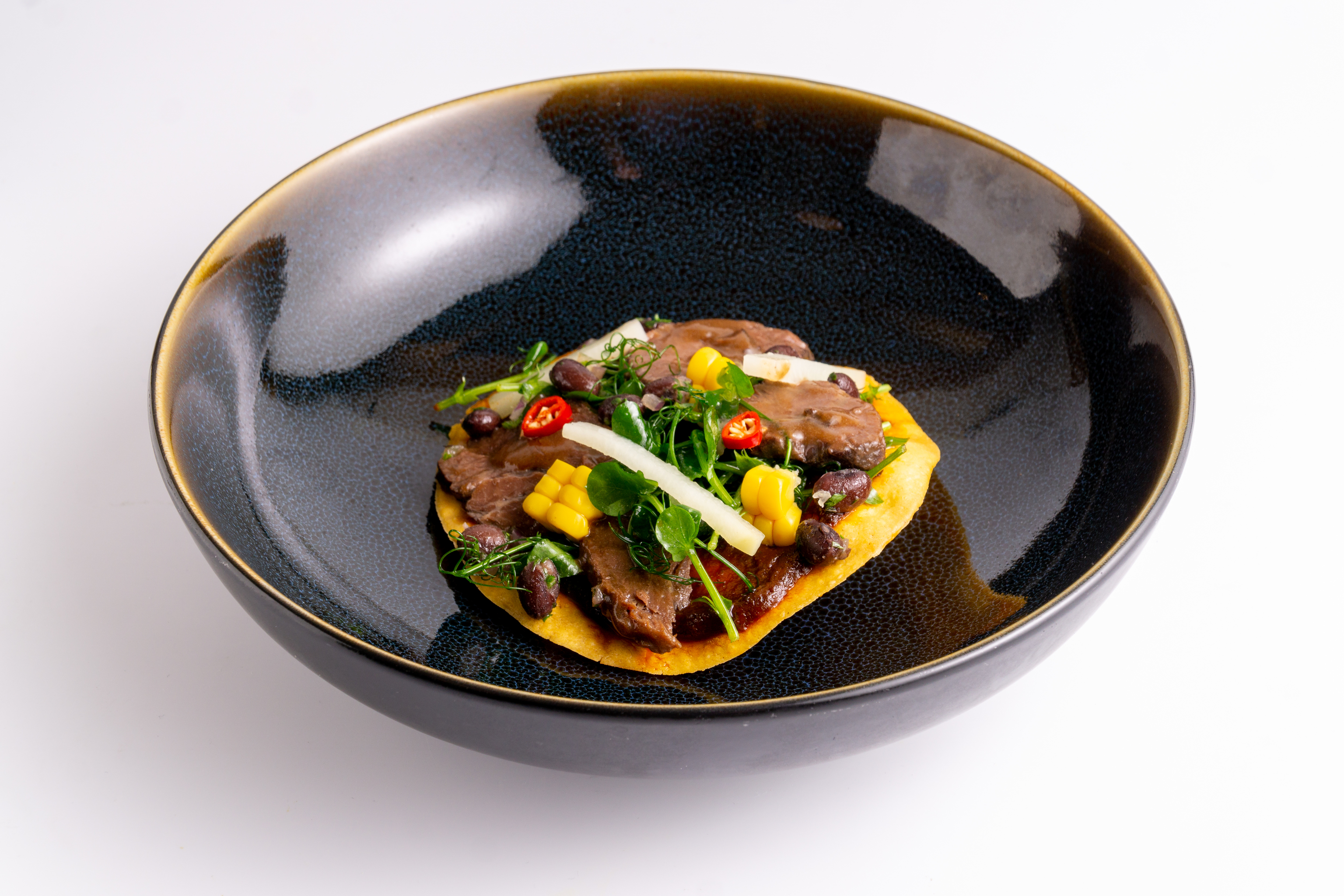 Karla Hoyos has an outstanding resume.

His is a story that could well become a documentary for Netflix or HBO.

This 33-year-old Mexican born in Veracruz knew at the age of 12 that she wanted to be a cook.

"Actually, she was a pastry chef. She made desserts and sold them in restaurants."

She was doing so well that her father decided to stop the 'business' because he was neglecting his studies.

Today she is the shadow "and companion in the mud" of José Andrés in his most important project, the NGO World Central Kitchen (WCK)

We catch her passing through Madrid, where she has come to present

the new edition of Cinco Jotas By

, where she shares a poster with Nico López, culinary director of the Little Spain Market (New York), a project also by José Andrés and the brothers Albert and Ferrán Adria.

Together they have designed a menu where Mexico and traditional Spanish cuisine merge with 100% Iberian acorn-fed ham as the common thread.

He is in the capital, but his head has been closer to Tampa (USA) for a while.

"Tomorrow I'm flying there. A hurricane is coming and we have to get going," she says, sitting at a table, wearing her impeccable jacket.

It's been her day-to-day for a few years.

"Being lucky comes with the responsibility of helping the unlucky

He has plenty of head and common sense and he lacks hours a day to do everything that goes through his mind.

"The first time I met José Andrés was in Puerto Rico. He was screaming, angry and powerless

at what he saw after the passage of Hurricane María."

She was then working at Bon Appétit, a multinational company focused on serving industrial canteens like Google's.

One day the Spanish chef appeared there to ask Fedele Bauccio, CEO of the company and his friend, to send him the best chefs to lend a hand in his NGO.

She was one of the chosen ones and thus began her commitment to a project and a way of understanding the world that has made her rethink her own life.

They are very good at structuring and systematizing processes

The organization every time they set up one of their kitchens is almost military.

"I take care of the purchase, the inventory, the logistics, the volunteers... "Sometimes there are 500 people in a day and many of them don't know anything about cooking." When thinking about the food that is going to be prepared, take all the factors into account."We try to cook what the people of the place where we are like, whether it be the Bahamas, Madrid, Haiti or the Ukraine"And with a motto engraved in fire: "

If someone arrives hungry, it is fed.

Until José Andrés crossed her path, the life of this millennial passed with a certain tranquility in Indianapolis.

He worked in a good company, with a schedule from Monday to Friday, he was able to create and develop his ideas, good salary... "I've always had that in mind to help", he says while moving the mobile in his hands .

Since he arrived in the US he became involved with the Friends Association, focused on defending the rights of immigrants.

This is La Raquetista in Havana, the most traveled dining room of the Aparicio brothers

This is La Raquetista in Havana, the most traveled dining room of the Aparicio brothers

Those two weeks in Puerto Rico changed many things: "

His idea, however, was still to return to his routine, but José Andrés made it more difficult for him than he expected.

"He left me his cell phone and told me to call Bon Appétit. They allowed me to stay three and a half months more and they paid me my salary," he recalls.

It was the year 2017 and since then every time they ask him to pack his bags, he does not hesitate.

"I hear the word hurricane and everything turns upside down."

When he returned home from that first field experience, José Andrés's offer was not long in coming.

On this occasion to lead the best restaurant of his group in Miami, the famous The Bazaar.

I was the first female and Latina chef in the city

The challenge was enormous.

The working day did not fall below 16 hours.

While working in an environment of luxury and wealth, the commitment to WCK only grew.

She traveled to the Bahamas: "There the food traveled by plane and had to weigh little," she recalls.

Then she landed in Madrid with the pandemic, where she worked for three and a half months.

"I have needed a lot of therapy to try to reconcile the two worlds in which I moved."

His sister Marisol, who is a psychologist, has been the one who has guided him in this complicated process.

"I know we don't change people's lives, but it's a way of telling them we're there."

On February 24, within hours of Russia's military attack on Ukraine, the WCK team was already on the ground.

I know José Andrés with water up to his knees

, the partner with whom I am united by an empathy of wanting to change the world."

He gives a half smile and straightens his jacket.

He traveled to Poland and settled seven kilometers from the border with Ukraine.

In four days we set up a kitchen capable of giving 100,000 meals a day

Within a week he wanted to leave.

Her sister was there again to tidy up the head.

"She told me that she saw as something positive to see all those people who came to us. It was an achievement for them, they were alive, safe."

She spent three and a half months working tirelessly.

"At two and three in the morning, when the security posts relaxed activity somewhat, women crossed alone with their children. Their fathers and husbands were at the front."

For this, she says, "no one prepares you."

He began his career in the kitchen "in an internship with Martin Berasategui" in Lasarte.

From there he traveled to Italy to work in a small family business in San Donato in Poggio, near Florence.

"Through a cousin of my father who knew the owners, the opportunity came to me."

At the age of 21, and having completed his studies, he returned to his country

to hold an event and never left.

"Another one came out and then another one. I started putting on bigger events."

When he got bored, he looked for new horizons.

"My aunt told me about the possibility of going to Indianapolis to set up a restaurant."

And then she was signed to Bon Appétit.

After three and a half years at Bazaar, he closed his stage there in 2021. "

I am opening my taqueria in Miami soon

A new stage in which she seeks "a little calm".

Actually Tacotomía, as she is called, is a tribute to her grandmother, the one who taught her to love cooking, the one who always instilled in her that with humble ingredients you could make delicious dishes.

The dishes created by the two chefs will be available on the menu of the Cinco Jotas Padre Damián restaurant (Madrid) from October for a period of four months.

Karla Hoyos and Nico López, who participate in the new edition of Cinco Jotas By.