"I have no money to pay my salary"... Public institutions that sold donated human tissue at low prices 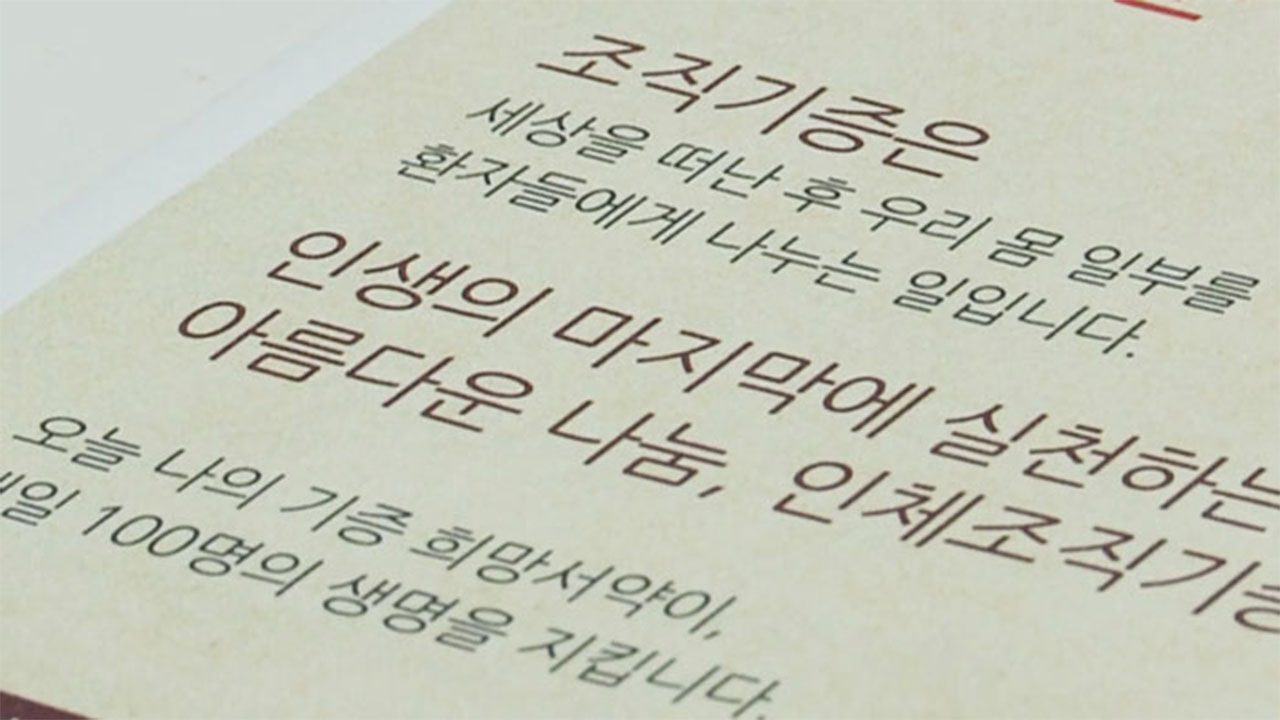 Yesterday (3rd), according to a special audit report received from the Korea Public Tissue Bank by Rep. Kang Seon-woo of the Democratic Party of Korea belonging to the National Assembly Health and Welfare Committee, on November 20, 2020, Mr. We signed a 'intermediate product discount unit price distribution contract' with Company B, a research and development company.

Through this contract, Company B decided to purchase human tissue graft materials such as fascia, joints, blood vessels, and bones, which are normally worth KRW 366 million, at a discount of about 40%, at KRW 230 million. Immediately after and about a month before the transplant material was handed over (December 22), on November 25, 150 million won was deposited in advance.

In addition, on December 24, two days after receiving the transplant material, the remaining 80 million won was deposited.

Normally, when a tax invoice is issued, the payment is made on the last day of the following month, and in this case, the payment has to be made by the end of January.

This unusual discount and fast deposit contract turned out to be due to the institution's lack of budget.

They didn't even have the money to pay their employees salaries.

As a result of the audit, on November 24, 2020, the bank account balance of this institution, whose payday is the 25th of every month, was 25.79 million won.

According to the audit report, since the second half of 2020, the Korea Public Tissue Bank has reported the situation to the Ministry of Health and Welfare, and requested state treasury support or borrowing from financial institutions.

During the audit, Mr. A explained that he had been entrusted with the decision-making authority by the president of the bank at the time to promote this contract.

However, the company selection and discount conditions were arbitrarily set by Mr. A, and he did not report to the higher level institutions such as the Ministry of Welfare and the Public Tissue Bank Board of Directors.

This situation was revealed through a special audit after the new bank president took office, but no disciplinary action was taken because Mr. A, a special official, had already retired.

Instead, the case was concluded by preparing internal guidelines related to the distribution of intermediate goods within the institution, calculating and adjusting the distribution, and establishing standard contract procedures.

At that time, the audit also revealed that the bone powder graft material used for artificial joint surgery was lost, and that the salaries of six specific employees were arbitrarily raised without internal approval, and the request to return them was not met.