O Grove, capital of seafood, once again celebrates its most iconic festival

The date that many had marked on the calendar has finally arrived. It has been made to beg, more than necessary (the pandemic devastated everything), but, after two editions... 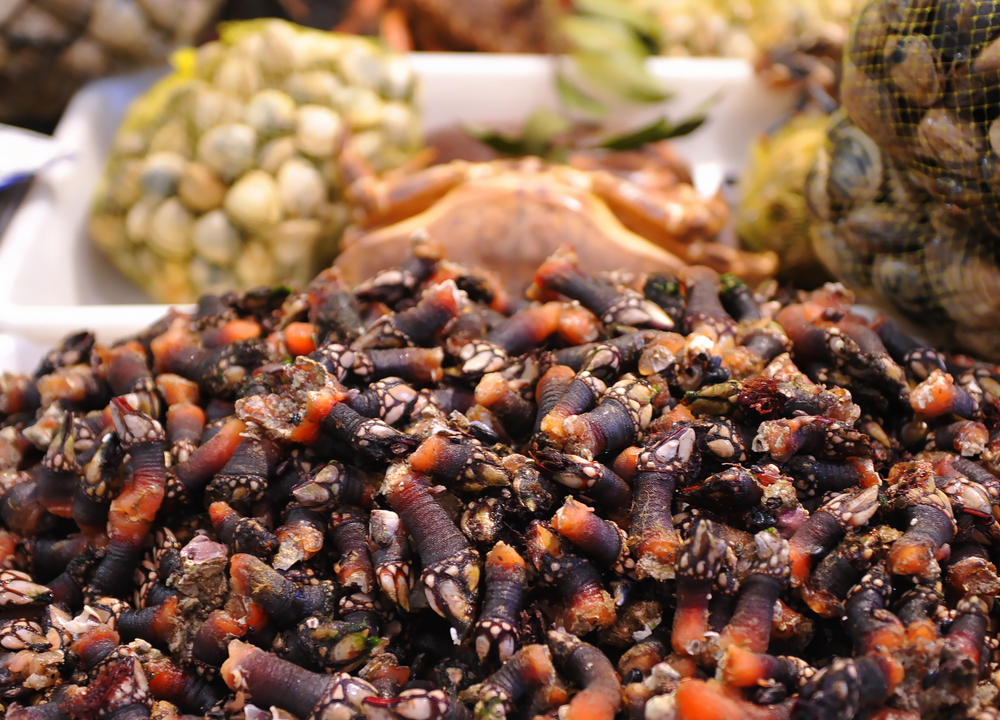 The date that many had marked on the calendar has finally arrived.

It has been made to beg, more than necessary (the pandemic devastated everything), but, after two editions absent, one of the most anticipated events in the Rías Baixas returns:

Until October 12, the central square of O Corgo, located next to the fishing port, the fish market and the food market, where the headquarters of the Galician town council is located, will be full of stalls and tents

Norway lobsters, small crabs, barnacles, oysters, scallops, cockles, mussels and turbot from aquaculture (the star products of O Grove), along with other typical products of the region, such as empanadas,

octopus , different fish and Santiago are some of the delicacies that justify a getaway to the town for a gastronomic tribute.

A cheerful and festive atmosphere surrounds this gastronomic commemoration, declared of National Tourist Interest, which includes a wide variety of activities, concerts, conferences and tastings of already cooked dishes.

Its success is such that more than 200,000 visitors come each year to this small coastal town of 11,200 inhabitants 34 km from Pontevedra to enjoy seafood at its best flavor (the first weeks of October) and still at an affordable price just before to start climbing for Christmas.

But not only the gastronomy is an attraction for travellers, but also the environment, a paradise for lovers of nature and the sea.

Located in the heart of the Salnés region, O Grove is located on a peninsula that embraces the Atlantic Ocean, at the mouth of the Ría de Arousa.

The idyllic setting, with green mountains, cliffs and numerous white sand beaches, configures a landscape typical of the Galician coast of the Rías Baixas.

Originally an island (over time it was joined to the mainland by the O Vao isthmus), its history dates back to pre-Roman times, hence its wealth of heritage.

Vestiges of past times are several forts and the Adro Vello necropolis.

Also the churches of San Martín and San Vicente, both from the 17th century.

Another of the town's biggest attractions is

the island of La Toja

, linked to O Grove by a 146-meter-long bridge built in 1910. There is the famous hermitage dedicated to San Caralampio and the Virgen del Carmen, which preserves its cult since the 12th century and is covered with scallop shells, and also some of the most famous spas in Galicia for their medicinal waters.

The surroundings of O Grove are also home to 38 beaches along 10 kilometres;

Possibly the most recognized is

ideal for surfing, windsurfing and kitesurfing and for walking, if it's not too windy.

You can also do excursions by sea, since ferry routes

in which a guide explains what the fauna of the estuary is like or how the collection of the shellfish is carried out. of the port (more information here).

It is located in the nerve center of the municipality, 800 meters from La Toja Island and a five-minute walk from the Seafood Festival.

Small hotel on the outskirts of O Grove in a beautiful natural area on La Lanzada beach.

It offers spectacular sunsets and has a restaurant where you can taste seafood and fish, freshly caught from the Arousa estuary.

If you still have a desire for seafood, after having visited all the stalls at the Fair,

It is also a must to try their homemade empanada.

To pay homage with views of the sea, the

It has tasting menus from 100 euros.

Ferry through the Arousa estuary.

*By reserving these accommodations through our website, readers will not get discounts or additional benefits, but they will contribute to Metrópoli obtaining a commission for each reservation as an affiliate of the Booking.com program.