Jeon Joo-hwan, who killed a woman who was a co-worker at a subway station, was sentenced to 9 years in prison in the first trial for stalking and illegal filming. The trial on his murder charge is separate, and when Jeon Joo-hwan asked the court to delay his sentencing today, he also hinted that time would give him an advantage. 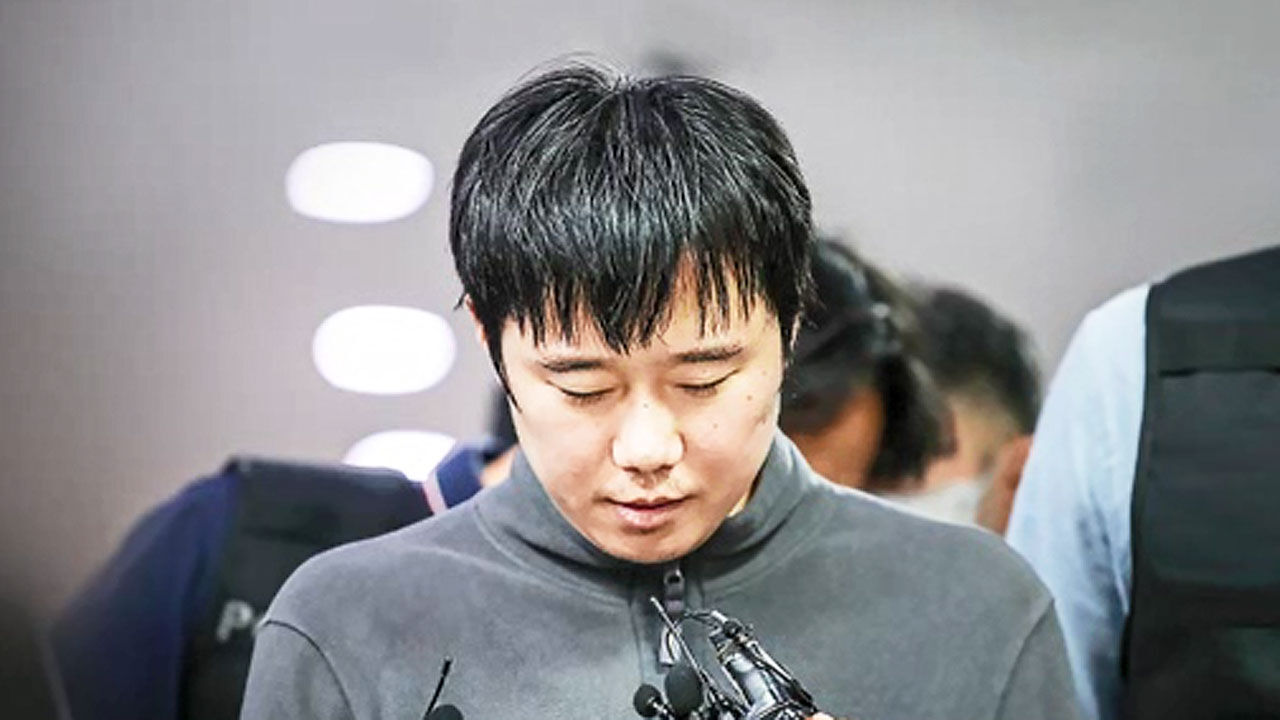 Jeon Joo-hwan, who killed a co-worker at a subway station, was sentenced to 9 years in prison in the first trial for stalking and illegal filming.

The trial on his murder charge will be held separately, and Jeon Joo-hwan asked today (29th) to delay his sentencing in court, hinting that he would be in his favor with time.

Jeon Joo-hwan killed the victim a day before the court's sentencing on charges of stalking and illegal filming.

The delayed trial was held today.

Just before the judge's sentencing, Jeon Joo-hwan asked for a say.

He gave two reasons, asking, 'Can you delay the sentencing date as much as possible?'

He said, "There is one case at stake in the Central District Prosecutors' Office, so that they can be merged." He also said, "I want the public's gaze and media coverage to be concentrated as time passes."

The court did not accept Jeon Joo-hwan's request and sentenced him to 9 years in prison as requested by the prosecution.

In addition, the court ordered Jeon to complete 80 hours of stalking treatment and 40 hours of sex crime treatment program.

Previously, Jeon Joo-hwan was sent to trial on charges of stalking the victim by sending illegal filmed footage and messages 350 times.

The court explained, "Contrary to the fact that I had submitted a letter of remorse several times, I went to the victim and committed the crime."

[Min Go-eun / Legal Representative for Bereaved Family: I think the accused is self-centered and does not sincerely reflect.]

However, it was confirmed that the external hard drive used by the accounting firm was judged to be impossible for forensics.

Prosecutors plan to indict additionally on the charge of retaliatory murder after a reinforcement investigation.