The 1 ton truck at the center of the Daejeon Hyundai Premium Outlet fire disaster, which killed 7 people and killed 8 people, showed some appearance today, the third day of the disaster. 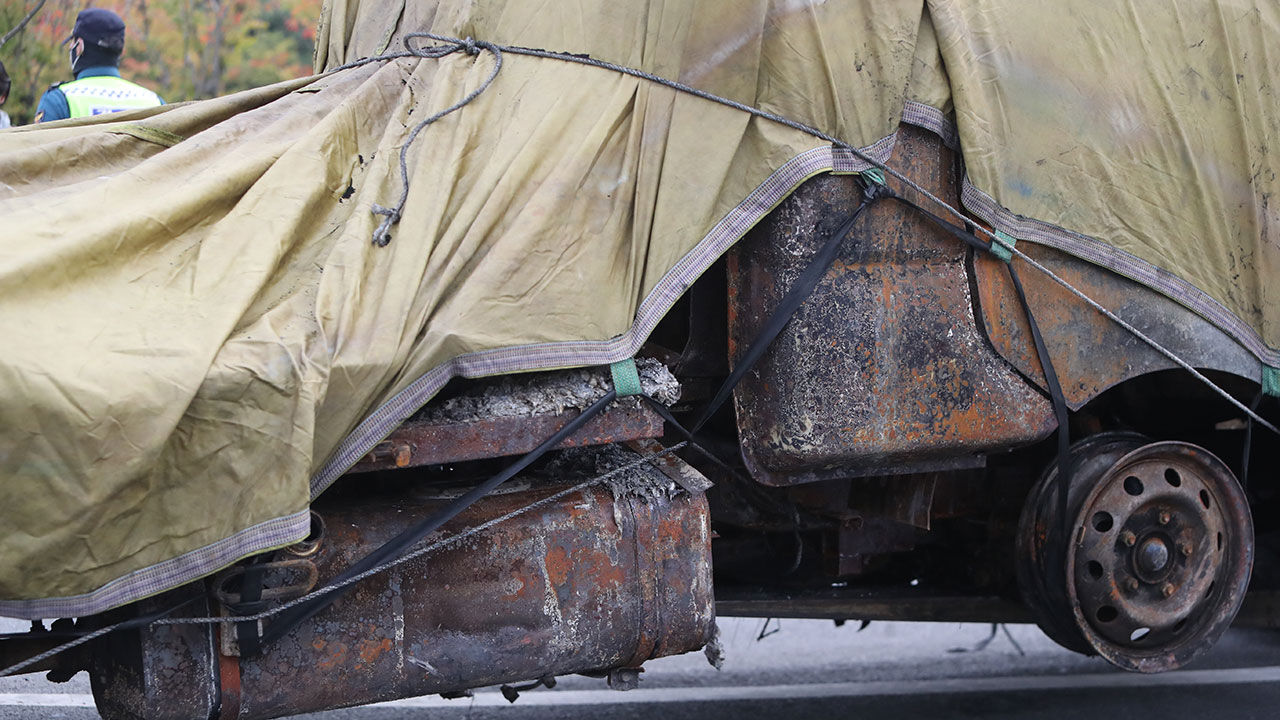 The 1 ton truck at the center of the Daejeon Hyundai Premium Outlet fire disaster, which killed 7 people and killed 8 people, was partially revealed today (28th), the third day of the disaster.

A joint investigation team, including the police and the National Institute of Scientific Investigation, who started the second on-site inspection today, mobilized two forklifts to bring the truck to the ground around 12:05 PM.

Through the covered awning, the paint had been peeled off, and the soot-covered red-brown body and wheels were visible.

It was difficult to recognize the shape of the cargo truck loading box, which was in the form of a truck, because it melted in the flames.

This truck was parked near the loading dock on the first basement floor, which was the ignition point, and while the driver was unloading, a flame was recorded on the closed circuit (CC) TV from the back of the car.

Some have suggested that the car's exhaust heat may have burned the paper that had been stacked nearby.

The forensic team plans to move the truck to the National Forensic Service and conduct a detailed analysis to determine whether the car caused the fire or whether the fire was started by other factors outside the vehicle.

We also plan to investigate whether there are flammable substances in debris such as wires collected from under the car body.

Analysis of the car body and debris is expected to take at least two weeks.

Park Jong-hwan, head of the Daejeon Police Agency's forensic investigation team, explained, "The interior of the underground parking lot was too dark to perform a precise identification, so we decided to move it to the National Forensic Service."

Director Park continued, "The disaster prevention room on the first basement floor, which has firefighting equipment and other operating devices, did not catch fire."