By &lt;Reporter Min-Jun Kim&gt;, minors over the age of 10 and under the age of 14 are referred to as 'compulsory boys'. Even if a person commits a crime, it has become a social problem because it is not subject to criminal punishment under the Juvenile Act. 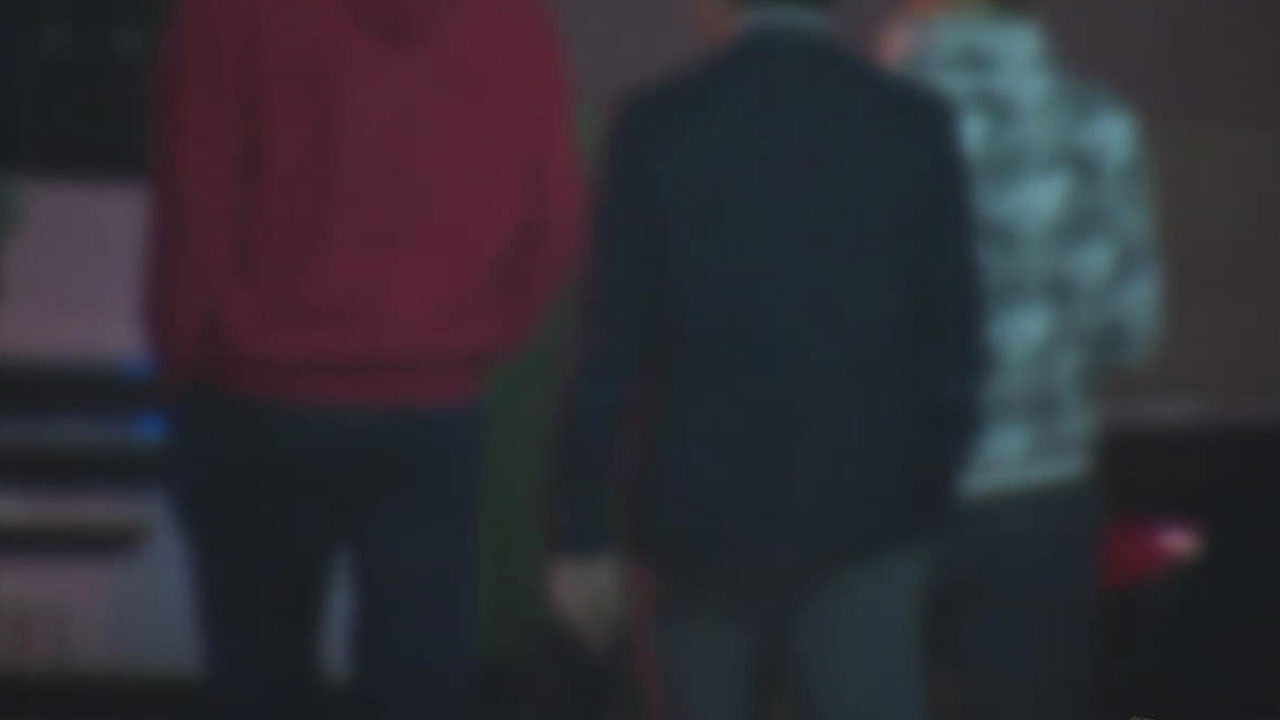 Even if a person commits a crime, it has become a social problem because it is not subject to criminal punishment under the Juvenile Act.

SBS reporters confirmed the fact that the incident that our society should consider together about the law-abiding juvenile system took place here in Jinju, Gyeongsangnam-do.

Let's take a look at the victims' families one by one from now on.

In October of last year, three people, including Ms. A and Group C, who were in the first year of middle school at the time, received a call from group B, who they knew of, 'Come to your place'.

When we arrived, three people, including group B, were drinking.

Group B forced Ms. A to drink on the spot.

[Group C/Victim student friend (voice double): Ms. A said she doesn’t drink, but she continued to drink, saying, ‘If you don’t drink all of this, you won’t be able to leave this room.’]

[C group / victim student friend (voice double): A friend of group B suddenly said 'let's go' without the two of them.

He's kind of scary at first.

Still, I struggled not to go out, but I got out first...

[The victim's mother: At first, the youngest daughter called me.

She said, 'It's like she's getting something even if her sister is cancerous'.

A mother arrived with her second daughter in an outdoor parking lot where she said she had a daughter. While checking her daughter's condition, about 10 boys, including group B, approached.

[The victim's mother: (male students) surrounded us all like this.

Then, the mother said that she even took action to destroy evidence of the crime.

[The victim's mother: My friends took (B group) back and changed clothes up to three times.

The police officer also said, 'This is so evil, he really knows this.']

Group B claimed that 'they had sex by agreement', but the police concluded that it was sexual assault.

Afterwards, the police forwarded the student to the juvenile division of the district court.

Because the perpetrator was a juvenile, he was not even under arrest.

This student was also involved in special theft charges in addition to this case.

How was the punishment made?

Last February, the court ruled 'No. 9 Disposition', the second most powerful juvenile protection disposition sent to a juvenile detention center under 6 months.

However, because it was a juvenile case, the court did not notify the victim of the outcome of the disposition.

On the day of the trial, her mother was barred from entering the courtroom and had no choice but to stand in her hallway.

The court staff, who felt sorry for this, told me about it, so I could barely know the outcome of the disposition.

She did and she got the highest...

(Did you not know what kind of disposition it was in the end?) I heard about the 9th disposition.]

Neither the investigative agency nor the victim's public defender notified only the process of handling the case and the trial date.

[The victim's mother: 'The children came, the investigation was over, and now (to the court)' I haven't heard anything other than those two words.]

The victim's mother needs a record of the incident at the time.

The case is closed with a court ruling, but another case may be prepared.

But even for the immediate family of the victim, would it be easy to prepare the documents?

Our reporters accompanied us.

[Victim student's mother: That record of receiving the investigation and the final decision in the court (I want to know).

(It's a juvenile law case) Everything was investigated in a hidden state, and I, as a parent, have never gone in and have never seen it.]

The first place I visited was the hospital where her daughter was treated.

I was able to get a document describing the child's condition.

After that, it was difficult.

Even the public-appointed lawyer who 'defended my daughter' is passive.

He said that it was difficult to verify the documents because it was a juvenile case, and he did not even show his mother the record of counseling they had right after the incident.

[Office staff: We are keeping (consultation records), but (lawyer) says there is no reason to show it...

[Mom of victim student: To see that, I have no choice but to buy a lawyer and go to the lawyer there.]

[Office official: If you think you will proceed with a lawsuit, there seems to be a way to do that…

We have no idea what to do about it.] I

came to the police station where the investigation was taking place to find the record of the incident.

Let's go see if we can find any traces of that time.

[Police: What is the child’s name?]

[Police: What is the current case?]

[Police: Because the case itself is all over, then the mother must go to the court and request confirmation.

I was only able to get one case confirmation, not the investigation record I wanted.

Seeing the damage written in just four lines, her mother burst into tears.

The detectives in charge also said that they could not tell the victim about the investigation because it was a juvenile case.

So did the prosecution.

The juvenile department case goes directly to the court, so there is no record.

The victim's mother wondered on what basis the judge made a decision and whether the perpetrator admitted the charges.

She's finally going to see if she can check the documents here in court.

However, the court explains that it is difficult to read the judgment.

Again, this was because of the juvenile case.

When she says that the court staff will deliver what she wants to the judge on her behalf, she runs from the hospital to the courthouse, and her mother, who runs nonstop from the hospital, writes each letter on her paper.

[Victim Student's Mother: She's so sure she can't (request) out of that child as a civil action.

Does the victim have to keep running and living like this?

For two days, all her mother could get was her daughter's medical records and her case confirmation.

[The victim's mother: Everywhere I go, I have to talk about the child's incident, and I get rejected everywhere I go.

Because I need to know.]

Let's talk a little more with reporter Son Ki-joon, who covered this case.

Q. It seems that the judicial system needs to be supplemented...

With the recent stalking and murder case at Sindang Station, it has been pointed out that the investigation and judicial system should be more victim-centered.

Criticism is rising that the juvenile detention system, which we focused on this time, protects only the human rights of teenage perpetrators rather than victims.

As the perpetrator is a juvenile, I very much agree with the idea that reformation should be more concerned with punishment than punishment, but this is because this law should not result in only the victim suffering and the perpetrator avoiding responsibility.]

Q. Tomorrow (28th) Continues What is the press content?

[Reporter Sohn Ki-joon: We have covered what kind of pain the teenage victims and their families, who have been seriously hurt by this incident, are living, and how the perpetrators are living.

Also, there was a kind of loophole in the process of the education authorities separating victims and perpetrators, and we will report on this point.]