A joint investigation is underway to determine the cause of the fire at the underground parking lot of Daejeon Hyundai Premium Outlet, where 7 people were killed and 1 injured. 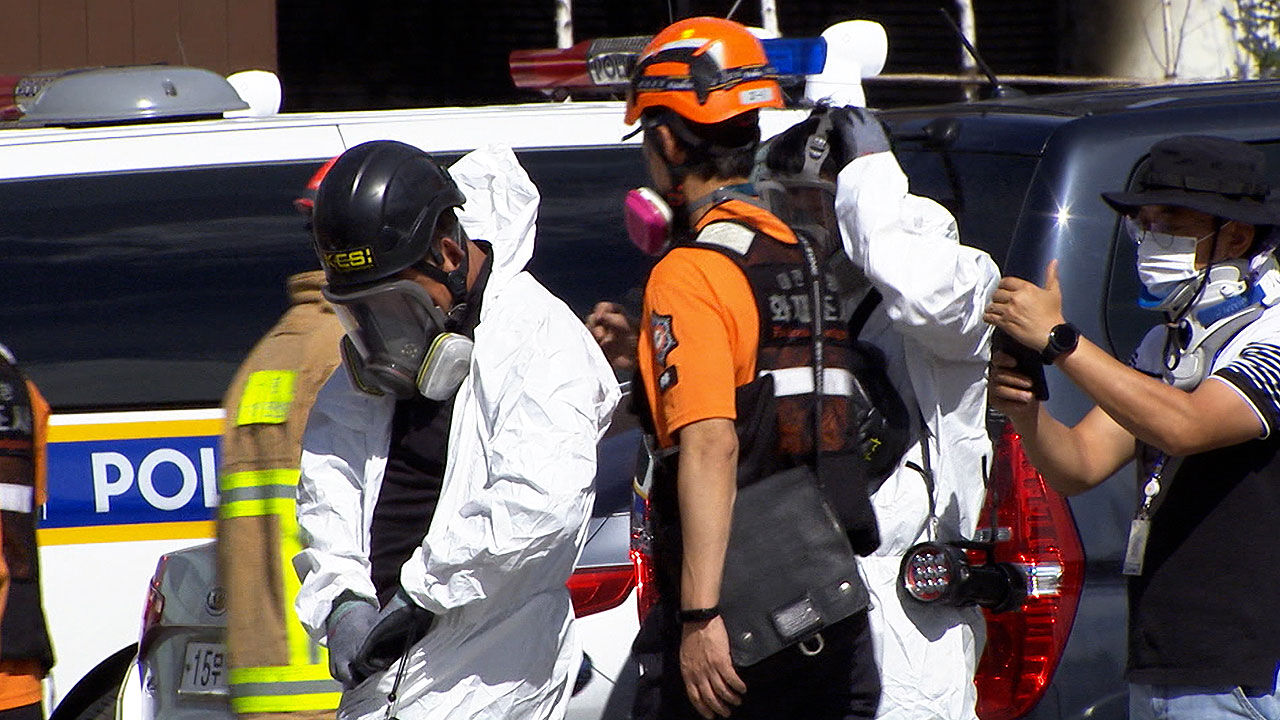 From the morning of the 27th at the fire site of the Daejeon Hyundai Premium Outlet underground parking lot, where 7 people lost their lives and 1 person was injured, a joint investigation has been conducted to determine the cause.

It seems to focus on the cause of the ignition and whether the firefighting facilities are functioning normally.

The fire that started at the loading dock on the first floor of the underground parking lot of Hyundai Premium Outlet in Yuseong-gu, Daejeon was extinguished in about 7 hours yesterday around 7:45 am.

A total of 7 people, including 6 men and 1 woman, lost their lives in the blanket.

Only one employee in his 40s, who was found in cardiac arrest in the disaster prevention room, survived, but is in critical condition.

All eight casualties were employees of department store subcontractors and service providers who were preparing for business before opening in the underground parking lot.

Minister of Employment and Labor Lee Jeong-sik visited the fire site last night and instructed Hyundai Outlet to review whether the charges of violating the Serious Accident Punishment Act and the Occupational Safety and Health Act could be applied.

The joint investigation by related organizations such as the police, the National Forensic Research Institute, and the fire department started at 10 am today.

While the police secured CCTV containing the scene of the fire yesterday and started a full-scale investigation, the CCTV is said to contain a scene where a 1 ton truck was parked and then a fire started around the truck.

Police and fire departments are conducting a detailed investigation into the cause of the fire based on this CCTV video and eyewitness statements.

The Hyundai Outlet side said, 'When 119 arrived, there was water on the first basement floor' and the sprinkler was working normally.

The joint investigation team is also planning to check whether Hyundai Outlet has properly improved the 24 issues pointed out during the fire inspection in June.

At that time, it is known that there were no specific defects found in sprinklers or smoke control facilities.