Álvaro Morte: "I don't have many haters... or they aren't very heavy"

Álvaro Morte (Algeciras, Cádiz, 1975) is known by the general public for La casa de papel. His character of The Professor has millions of fans all over the world. And, among others... 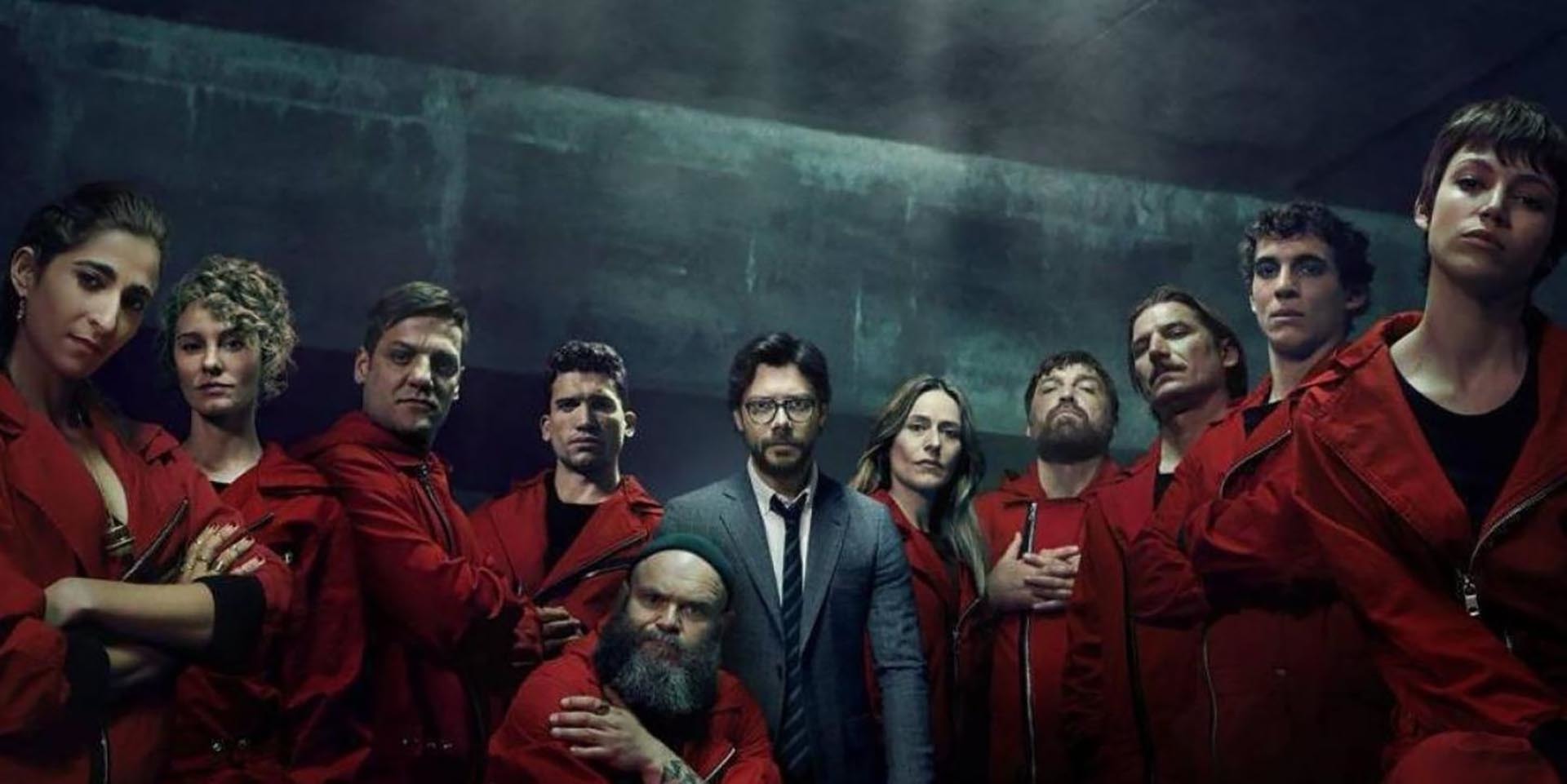 Algeciras, Cádiz, 1975) is known by the general public for

And, among other things, his fame has brought him very pleasant surprises.

And even some other curious anecdote.

The Professor (Álvaro Morte) and his companions from 'The paper house'.

The actor from series such as

surprised by the appearance of information

that is not true as a result of the interest of many of his followers in knowing more about his professional and even personal life.

"As much as it appears written on the Internet,

I have never worked as a primary school teacher.

with humor. There are times that concepts that I have explained are distorted

because I talk a lot and it must be summarized later in a news item. "

Out of the spotlight,

Álvaro Morte is a character full of concerns.

, he loves the Foo Fighters, he plays several instruments, he really likes to read, he is able to give golf lessons to play one day at the emblematic Saint Andrews course and, just in case someone asked him,

Shooting of the movie 'Objects'.

thanks to a series (

) turned into a worldwide bombshell.

And that he now returns to the cinema (after

a story in which there is talk of loneliness, stolen babies or uprooting and characters full of hate and resentment appear.

Now that the film

released in theaters (in theaters on September 30), the Cádiz-born actor is well aware that his work "is entertainment, but that it engages and serves to talk about many more things.

Mario, my character in

, it's a long way from other things I've done before," he explains.

"It was difficult for me to find him until I saw that he is a person who makes decisions that seem clumsy to me," explains the actor about

a drama directed by Jorge Dorado in which China Suárez and Verónica Echegui participate.

"I thought it was interesting to take him from that position, from a guy who's not particularly bright. And layer him up."

THE DRAMA OF PROSTITUTION

The objects referred to in the title of this film have a lot to do with the use of women.

In fact, at one point in the film, prostitution is spoken of as something illegal in Spain.

On this, the actor reflects and explains that "

there are those who think that prostitution is further away from their lives than it is. And sometimes they have it very close

, almost in the doorway next door. For this reason, there are many things that We should change. This film talks about it. And

I think it's very laudable that prostitution is condemned."

Morte gets serious when he talks about how he sees society right now.

Sometimes we have the opportunity to learn things

. After this epidemic, we were supposed to learn and improve as a society. But

I am not entirely sure that we have learned anything

. What I am sure of is that we must try to give example with kindness. And be honest with ourselves".

With 12 million followers on Instagram, Morte is humble in stating that "I can't read all the messages that they send me, it would be unfathomable. What is very nice to see is that

I don't have many haters... or they aren't very In spite of everything, I know that it is impossible for everyone to like me

", he explains with a smile on his face as he points out: "I am well aware that today you are up and tomorrow down. It

's happened to my colleagues.

This profession is anything but stable."

Álvaro Morte in the movie 'Objects'.

WHEN THE FANS GET CLOSER

moments lived with his fans

that have marked him the most happened in the middle of the street.

"One day a woman approached me on the street and told me that she did not want to take a picture with me or that I would sign something for her. She just told me that she had managed to get her family back together to see

love those kinds of messages from people I don't know beforehand

because I see them get excited about something I've done."

Before dedicating himself to acting,

Álvaro Morte lived in many places in Spain.

He was born in Algeciras, grew up in Bujalance (Córdoba) and then passed through Mataró, Granada and the Canary Islands.

There he began to study Telecommunications Engineering ("

I am very into pure sciences and I love mathematics and physics, but also philosophy and literature"

) and took up the guitar "because it linked more".

And it was in the islands where a cartel changed his life.

"One day I was walking down the street. At that time

my future was to be an architect or engineer, but the theater crossed my mind

when I saw a poster in a photography shop asking for actors for a short film," explains Álvaro Morte.

"Turning down one street instead of another made me see that ad, call that phone number and sign up for that test. The worst of my life, by the way. But

they caught me, I met a theater company and the poison I was inoculated (laughs)."

As head of a theater company called 300 Pistols, Morte ventures what his future plans are.

"It is a project that I would like to take up again. Both in what has to do with performances for the general public and something as rewarding as doing theater for kids in a close way and that they can enjoy.

, which also seems great to me".

Regarding the success of

, a series already finished and for which he

had to wait two months ("odd") until he was chosen as the protagonist of the story,

Álvaro Morte reflects on it some time later.

"Series are released every day. The continued success that it has had for several years, that it has been so fashionable for so many people around the world for so long seems to me an absolute milestone. And what it has meant for Spain. And it is It's normal that attention has dropped. Just like it happened to

for the rest of my life. I would never pretend."

Image from the 'No Limits' series on Amazon Prime Video.

THE DANGERS OF FAME

On the dangers of fame and its practical consequences,

Álvaro Morte misses going to the beach and going unnoticed.

"I grew up going to a Murcian beach many summers as a child. Now I can't take those walks. For example,

walking near Puerta del Sol means that someone will almost certainly stop me. I may wear a hat, sunglasses and a mask

. But they recognize me by my voice when I'm talking on my mobile. And I have to live with it."

Lastly, those who follow Álvaro Morte's news have been surprised to see him involved in Twitter controversies in recent months after saying that his Juan Sebastián Elcano in

(Amazon Prime Video) "is very left-wing" or for talking about the participation of Jorge Javier Vázquez in the theatrical scene.

I try to pay as little attention as possible to any controversy that is generated in a social network. All opinions are respectable.

But you can ignore them or not.

Many are conclusions drawn from words that, perhaps, have not been understood in sufficient context to give them concrete value.

I know what I said and how I said it.

And when I talked about Elcano, the journalist and I smiled at how I said it.

And with this I do not blame the journalists.

But the context must be understood.

Some have told me that at that time there was no left and right.

And of course not.

To end this topic, the interpreter points out: "I like to be an optimistic person and seek consensus and empathy. If someone has been offended by something like that, I am very sorry.

It has never been my intention to offend someone."