Fall of the pound sterling: the revolt of traders against tax cuts for the rich

The British "mini-budget" announced before the weekend led to a sharp and historic fall in the pound sterling, which was battered on the foreign exchange market. Traders seem to have taken a dislike to the… 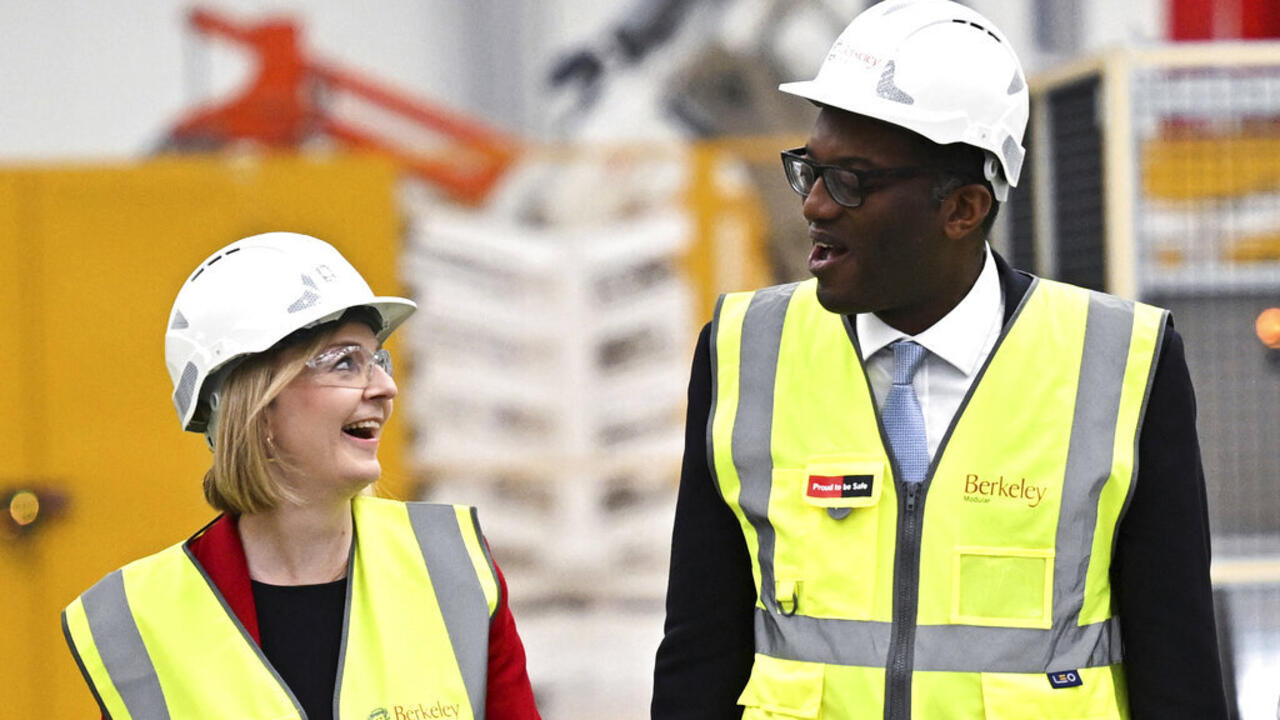 It's a stock market killing game.

The pound sterling fell on Monday, September 26, to a historically low level against the dollar.

It traded at 1.05 dollars on the Asian markets, a spectacular fall of 7% over two sessions (Friday and Monday).

The British currency had never been so weak since the introduction, in 1971, of the current pound sterling.

This stock market tumble seems linked to a major gift to the rich decided by the British government just before the weekend.

Kwasi Kwarteng, Minister of the Economy, presented on Friday a "mini-budget" or recovery plan made up of measures to minimize the impact of rising energy prices and especially tax cuts, including the most benefit the wealthy.

Liz Truss, Trump rather than Thatcher

Some tax boosts, starting with the announced end of the last tax bracket for those who earn more than 120,000 pounds (134,000 euros) a year and the repeal of the ceilings for bonuses paid to bankers, have sparked strong reactions.

"It's a budget for the 1% [of the richest]," reacted Paul Johnson, director of the Institute for Tax Studies, interviewed by the British daily The Guardian.

“It is a morally intolerable text”, regretted on Twitter Nicola Sturgeon, First Minister of Scotland.

If Prime Minister Liz Truss and her government have promised to apply a “Thatcherite” policy - in reference to the very neoliberal ex-British Prime Minister of the 1980s Margaret Thatcher -, “this recovery plan is more reminiscent of fiscal policy Donald Trump,” said Alexandre Baradez, financial market analyst at IG France.

The former American president had also promoted a very advantageous tax reform for the richest in 2017. In both cases, the economic logic is the same: the richest are supposed to reinvest in the economy part of the money earned, which means that this gift would ultimately benefit everyone.

Putting this so-called trickle-down theory (from the top of society down) into practice did not shock stock marketers in 2017, in the case of Donald Trump's reform.

But this time, they began to offload their pounds sterling as soon as this “mini-budget” for the “maxi-rich” was announced.

To believe that Liz Truss pushes the cork of neoliberalism a little too far, even for traders, who are not yet at the forefront of criticism of the current economic system.

The (too) strong dollar

In reality, investors did not transform themselves overnight into destroyers of inequalities.

"This plan is above all the straw that broke the camel's back for currency market players," said Alexandre Baradez.

So far, all major currencies were under pressure from the dollar in similar proportions, and the British pound was no exception.

“Originally, it was not so much a problem of a weak sterling as of a strong dollar”, explains Alexandre Baradez.

In the current context of “high inflation and the risk of global recession, the greenback is fully playing its role as a safe haven”, continues the analyst.

In other words, traders are offloading their other currencies to be able to buy dollars.

The rate of inflation is, first of all, more sustained in the United Kingdom than in the euro zone.

“This is one of the indirect consequences of Brexit”, emphasizes Alexandre Baradez.

Faced with rising prices, wages tend to rise as well, which contributes to feeding the vicious circle of inflation.

This phenomenon is more marked in the United Kingdom because “the labor market has become much less flexible than in the European Union where the free movement of people makes it easier to call on foreign labor to reduce the pressure on wages”, analyzes the expert.

“A real distrust of the British economy”

In this context, it is not so much the gifts for the super-rich that set the stock market on fire, but rather the silence of the British government on the plan to finance these tax cuts which will cost 45 billion pounds. sterling to the state.

“It is above all a signal from the markets which consider that the moment is perhaps badly chosen to widen the deficit by making tax gifts”, summarizes Alexandre Baradez.

If Liz Truss therefore does not have to fear the emergence of traders who would have burned their neoliberal idols, the message sent by the financial markets is nonetheless “the mark of a real distrust of the direction in which the economy is going. 'British economy', notes the analysis of IG France.

Above all, this stock market distrust risks aggravating one of the evils that the British government is seeking to combat.

“In the short term, the collapse of the pound sterling will accentuate imported inflation”, analyzes Alexandre Baradez.

Indeed, everything that must be paid for in dollars on international markets will cost more to importers who will pass on this increase to the consumer.

A phenomenon that is likely to concern a wide range of products to be paid for in dollars, from oil used for gasoline, to iPhones from the American Apple.