Mission Artemis: anomalies threaten to delay the launch of the new NASA rocket

The first mission of the American program to return to the Moon is due to take off on Monday from Florida. Artemis 1 and its giant rocket will place an unmanned capsule in orbit of the satellite of the… 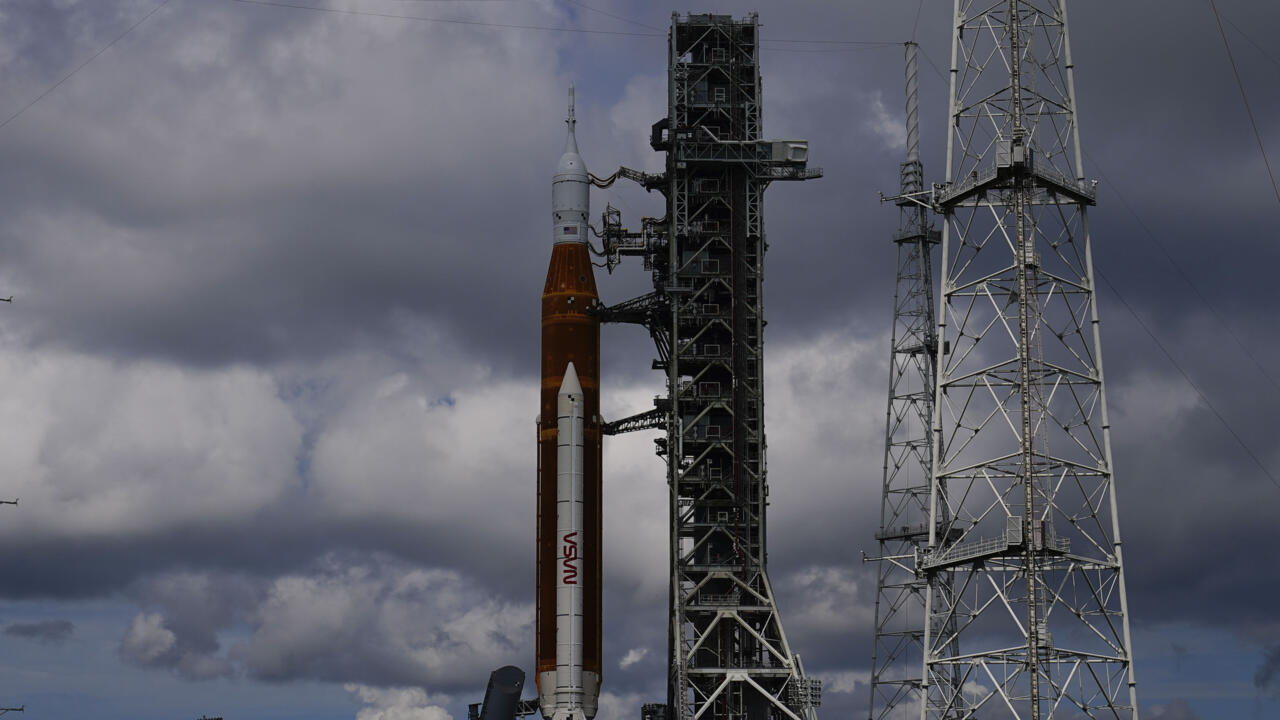 The takeoff of NASA's new mega-rocket for the Moon was probably to be delayed on Monday, August 29, after a series of technical and meteorological problems encountered during the complex preparations of the machine for the launch of this first test mission.

But it was "widely anticipated" that this schedule would not be respected, said the NASA live video commentator.

The shooting window extends over two hours and therefore leaves room for manoeuvre.

A new schedule has not yet been determined but, in the event of cancellation, the next possible take-off date is Friday, September 2.

In the meantime, day was gradually breaking on the orange and white SLS rocket, 98 meters high.

The tanks of the rocket - the most powerful in the world - were gradually filled with more than three million liters of ultra-cold liquid hydrogen and oxygen.

But the filling started about an hour late because of too high a risk of lightning in the middle of the night.

>> To read also: "France joins forces with NASA's program to explore the Moon"

Then a leak caused a pause during the filling of the main stage with hydrogen, before a solution was found and the flow resumed.

Around 7:00 a.m. local time, a new issue was being investigated.

One of the four RS-25 engines, under the main stage of the rocket, could not reach the desired low temperature, a condition necessary to be able to ignite it.

The countdown was stopped while the teams worked to establish an action plan.

Between 100,000 and 200,000 people were expected to attend the show, including United States Vice President Kamala Harris.

Fifty years after the last Apollo flight, the Artemis 1 mission should mark the launch of the American program to return to the Moon, which should allow humanity to then reach Mars, aboard the same vessel.

The Orion capsule will be launched unmanned into orbit around the Moon, to verify that the vehicle is safe for future astronauts – including the first woman and first person of color to walk on the lunar surface.

Two minutes after takeoff, the boosters will fall back into the Atlantic.

After eight minutes, the main stage will detach in turn.

Then, after about an hour and thirty minutes, a final push from the upper stage will put the capsule on its way to the Moon, which it will reach after several days.

The main objective of the mission is to test the heat shield of the capsule, which will return to the Earth's atmosphere at almost 40,000 km / h, and a temperature half as hot as the surface of the Sun.

Instead of astronauts, mannequins took place on board, equipped with sensors recording vibrations and radiation levels.

Microsatellites will also be deployed to study the Moon, or even an asteroid.

The capsule will venture up to 64,000 km behind the Moon, farther than any other habitable spacecraft so far.

A complete failure of the mission would be devastating for a rocket with a huge budget (4.1 billion per launch, according to a public audit) and several years late (ordered in 2010 by the American Congress for an initial date of takeoff in 2017) .

"This mission carries the dreams and hopes of many people," said NASA boss Bill Nelson this weekend before adding: "We are now the Artemis generation".

Sign of the times, the first female launch director at NASA, Charlie Blackwell-Thompson, will be responsible for giving the final "go".

Women represent 30% of the workforce in the launch room – against only one for Apollo 11.

Living on the Moon

"What we are starting with this liftoff on Monday is not a short-term sprint but a long-term marathon," said Bhavya Lal, associate administrator at NASA.

After this first mission, Artémis 2 will carry astronauts to the Moon in 2024, without landing there.

An honor reserved for the crew of Artemis 3, in 2025 at the earliest.

NASA then wants to launch about one mission per year.

The goal: to establish a lasting human presence on the Moon, with the construction of a space station in orbit around it (Gateway), and a base on the surface.

There, humanity must learn to live in deep space and develop all the technologies necessary for a round trip to Mars.

A multi-year journey that could take place "at the end of the 2030s", according to Bill Nelson.

But before that, going to the Moon is also strategic, faced with the ambitions of competing nations, notably China.