We were holding each other's arms... The first reunion of the main characters of 'The Miracle of Shiru Island' in 50 years

Fifty years ago, in Danyang, North Chungcheong Province, where there was a flood due to a typhoon, more than 200 residents were rescued dramatically by surviving 14 hours on a water tank. At that time, the survivors met for the first time in 50 years and shed tears, Reporter Lee Yoon-young of CJB reported. 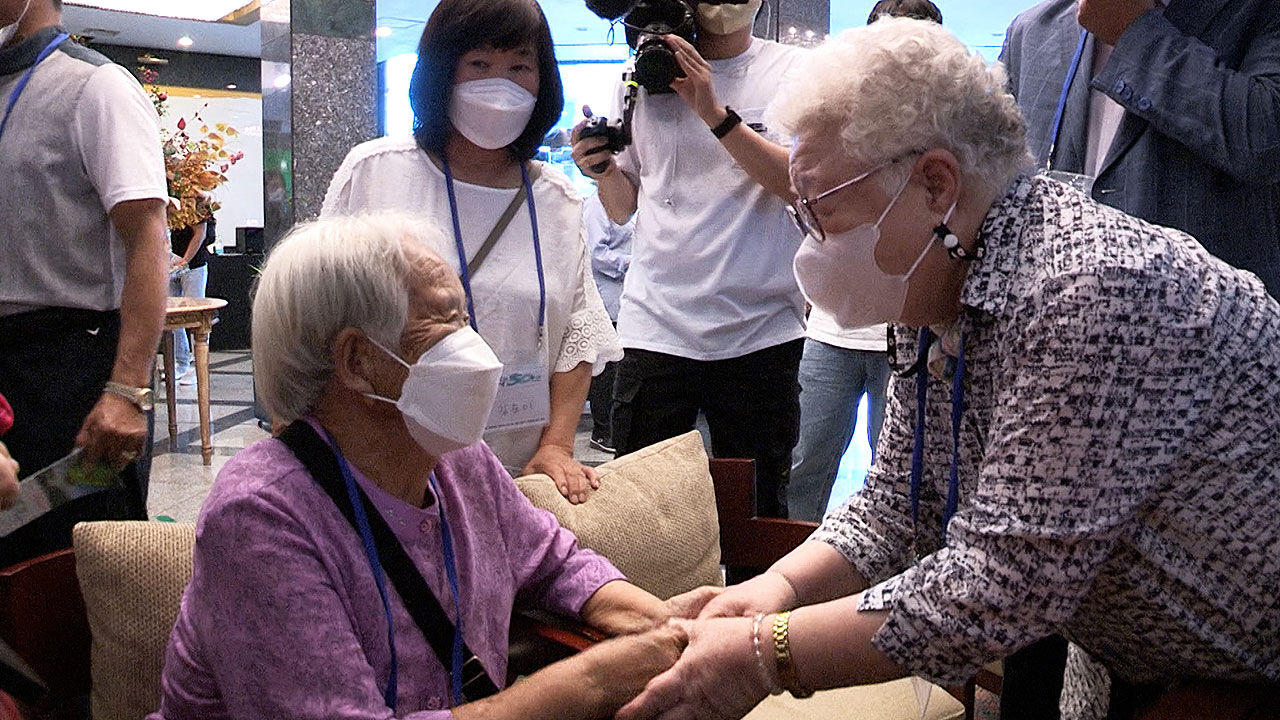 Fifty years ago, over 200 residents in Danyang, North Chungcheong Province, hit by a typhoon, were rescued by surviving 14 hours on a water tank.

At that time, the survivors met for the first time in 50 years and shed tears, Reporter Lee Yoon-young of CJB reported.

In 1972, when the Danyang River overflowed due to Typhoon Betty, about 250 residents were isolated.

Of these, 200 residents climbed up to a 4m-diameter water tank, held each other's arms, and endured the pitch-black night for 14 hours.

However, the older baby couldn't stand the pressure and died, and the baby's mother had to swallow her sorrow, lest people be disturbed.

After 50 years, the people of Shiru meet again.

The residents who had to leave their hometowns as Siru Island was submerged due to the construction of the Chungju Dam after the pain of flood damage shared the joy of reunion by hugging each other and wiping tears.

[Sir Island Survivor: Since we haven't died like this, we'll meet.

You have the old face.]

The mother of the baby, who couldn't even announce her death while holding her cooling baby in her arms, has now become her gray-haired grandmother and has visited Shiru Island again.

[Choi Ok-hee (84 years old) / Mother who lost a baby at the time of the accident on Shiru Island: I know he is dead, but there is no use shouting there.

So I didn't say anything and just held her all night.]

The survivors of Shiru Island, who returned only after 50 years, brought tears to their eyes as they recalled that time.

[Bae Geum-suk, Shin Jun-ok, Oh Seon-ok/Sir Island Survivor: I am so happy and sad that I cry.

Just thinking about that moment brings tears to my eyes.]

Looking at the now uninhabited island of Shiru, the residents who reunited for the first time in 50 years shared joy and sorrow by comforting the souls of those who went first.

Danyang-gun plans to dedicate the titles of heroes to the survivors of the miracle, and make the story of Siru Island into a movie and documentary.